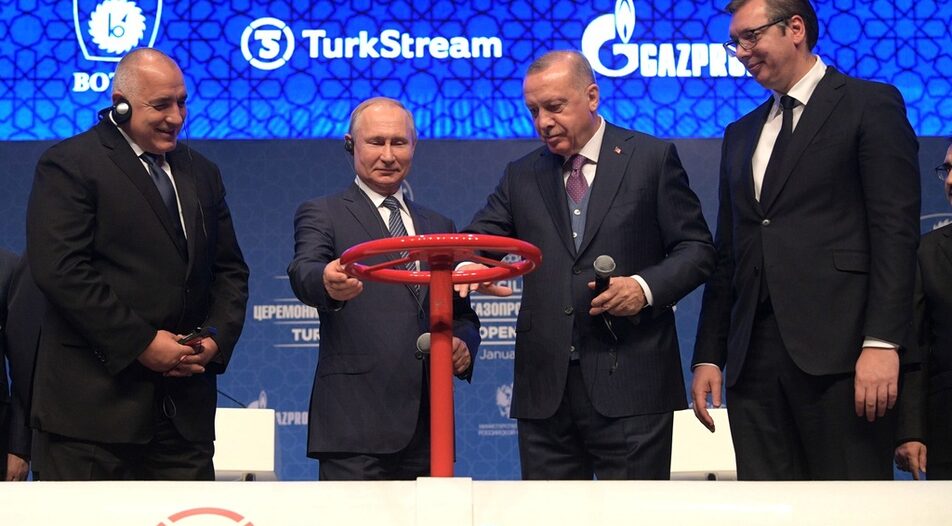 The real influence of Russia in Bulgaria, part 2: The real players

The real influence of Russia in Bulgaria, part 2: The real players

In the second article of a two-part series, KInsights explores how Putin’s war in Ukraine exposed that Bulgarian politics remains hostage to a powerful pro-Kremlin network holding key positions in the state

If you missed the first part of this story published last week, you can find it here.

It is not the loud pro-Kremlin patriots who are the channel through which real Russian influence passes, but state institutions - just like before 1989. In particular, MRF (the Movement for Rights and Freedoms), the political party founded by Ahmed Dogan and popular with ethnic minority voters, has always acted as a conduit for nefarious influences.

"The great strength of the MRF leadership is its relationship with Russia. The mantra that the MRF is an agent of Turkey in Bulgaria was created by the people of the State Security (the former communist-era secret service - editor's note.). The aim is to divert attention from their real allegiances," says Assoc. Mikhail Ivanov, former secretary of the National Council for Ethnic and Demographic Affairs. He recalled the movement's "organic affiliation" with Multigroup, the 1990s oligarchic corporation that tried to push through Gazprom's first attempt to take control of the country's gas transmission network with the failed Topenergy project.

The Belene project was resurrected under the Saxe-Coburg Gotha cabinet, where the MRF was a coalition partner. Then, the South Stream gas project emerged under the triple coalition of the NDSV (where BSP and the MRF were coalition partners), and the Kremlin-linked energy policy continued through Boyko Borissov's three administrations, culminating in the year-long completion of a 300-km long gas pipeline (the TurkStream diversion) that took priority over the Bulgaria-Greece interconnector, whose construction was protracted for over 12 years.

Ironically, Russia has taken an even greater hold of Bulgaria since the country's accession to the EU, under the rule of a party that has the "European development" ideal in its name - GERB stands for Citizens for European Development of Bulgaria. GERB ruled the longest in the new history of the country, and has worked in an informal alliance with MRF.

This hybrid political standing, successfully sold to the European People's Party (EPP) and to the European liberals from ALDE, has culminated in the current sad state of affairs. Despite all the funds provided by the EU, GERB has abandoned any strong European development and replaced it with indiscriminate corruption. And, in tandem with MRF, it has taken control of the judiciary, while abandoning any attempt at proper rule of law. In its place is the kind of rule that only serves the political and economic goals of a small clique.

There have been plenty of other corruption scandals that have linked the Kremlin and its Bulgarian proxies in the past decades. The shadowy privatization of tobacco giant Bulgartabac came about through a partnership between the now-sanctioned Russian VTB bank and MRF MP Delyan Peevski. VTB was also a shareholder in Corpbank when it grew through political meddling into Bulgaria's fourth largest bank, and after its bankruptcy the bank helped the transfer of the ownership of the largest Bulgarian telecom, BTC, previously controlled by Corpbank's CEO Tsvetan Vassilev.

The tobacco holding company and the fourth largest bank at that time are no more and the media conglomerate that emerged alongside Corpbank and controlled by Mr Peevski has transformed, but the secrets of the financial resources drained through them are kept in the bastion of the Prosecution.

Whenever the MRF caused a large-scale public scandal, its public antipode, Ataka, launched some kind of anti-Turkish provocation, thus galvanizing the former's ethnic electorate. In 2019, Capital traced Ataka's links to Russian funding of nationalist parties in Europe - through a joint business in Russia of Mr Siderov's adviser Hristo Marinov with Italians tied to pro-Kremlin structures in their country.

Ataka's "services" were used by two governments whose common denominator was the official or hidden involvement of the MRF. The party's influence increased in 2013 when it backed the Oresharski cabinet of BSP and MRF. The two parties did not have a majority in parliament and their rule was secured with the "golden finger" of Mr Siderov.

In Borissov's third cabinet, Ataka was formally hijacked by the MRF. Although the smallest faction within the United Patriots coalition, it received the largest share in the government, which it gladly subcontracted to Mr Peevski. Minister of Economy Emil Karanikolov, until then Executive Director of the Privatization Agency, which approved the Bulgartabac deal in favor of Mr Peevski, was Ataka's nominee. One of the first things Karanikolov did on becoming a minister was the attempted state takeover of the Ruse military plant "Dunarit", which Mr Peevski tried to wrestle from arms dealer Emilian Gebrev.

Mr Karanikolov also named Stoyan Mavrodiev as the head of the Bulgarian Development Bank, which then turned into "an oligarchs' coffer." This ended last year with Kiril Petkov's revelations about the financial flow to companies linked to Peevski and MRF and his actions as interim minister of economy to stop the schemes. The Supreme Judicial Council and the regulators were also filled through Ataka's quota. Gabriela Kozareva became director of the Registry Agency after a career at Naftena Industrija Srbija Petrol, a subsidiary of Gazprom Neft, also on Ataka's ticket.

In 2014, Boyko Borissov, while in opposition, stated his personal opposition to the sanctions that EU and NATO countries were considering against Moscow after the annexation of Crimea. In 2017, as prime minister, Mr Borissov announced that he would use the EU presidency to get the sanctions already imposed dropped.

The same year, in response to a Romanian proposal for a joint NATO fleet in the Black Sea because of Russia's ongoing actions to destabilize Ukraine, Mr Borissov exclaimed: "I told my Romanian colleagues twice: I want to see sailboats, yachts, tourists, peace and love in the Black Sea, not frigates going back and forth" However, it was not his fantasies that came true, but the Romanians' fears.

At the time, the geopolitical views of the leader of the supposedly pro-Western GERB seemed to follow the instructions that the honorary chairman of the MRF, Ahmed Dogan, was giving his party. In 2015, the formal leader of the party at the time, Lyutvi Mestan quickly fell from grace after he claimed, following the downing of a Russian Su-24 fighter jet by Ankara, that "the identity of the MRF is of a Euro-Atlantic party". The following evening, Dogan dethroned Mestan after a chastising speech to party activists. "The unipolar model of the world cannot remain as it is - characterized as it is by the firm dominance of the US. China is developing very seriously and aggressively. Russia's assertiveness is an irreversible process against the background of the EU's passive policy. Russia will do everything possible to continue this line and, if necessary, even by force," said Mr Dogan, advising his party members to monitor Russia's growing influence.

Three years later, Ahmed Dogan again gave instructions from his mansion in Boyana: "We may dislike Russia, but it is a force, a factor that we have to take into account." On the same day, Mr Borissov's government decided not to pursue Russian diplomats over the Novichok poisoning of former Russian agent Sergei Skripal, distancing itself from the coordinated diplomatic response of its Western partners. After the Skripal case was made public, it became known that several years previously an attempt had been made to poison in Bulgaria the owner of the arms factory "Dunarit", Emilian Gebrev. And the behavior of the prosecution on this occasion was telling in its reluctance to go after anything serious linked to Russia.

Any mention of Russia in the State Security Agency (DANS) reports is also rare and timid. No mention is made of Russian threats in the DANS report of 2016, although the public report of the Czech counterintelligence at the time identified Russia's hybrid actions as one of the most serious threats to the country's national security. The reports of most European countries contain similar conclusions. This attitude of the Bulgarian secret services can explain why, after the Ukraine invasion began, both President Radev and Prime Minister Petkov claimed that Russia would conquer Ukraine within days - they got this information from DANS.

This complicated network exists at all levels in the country and is still intact. Its sheer size does not suggest it will disintegrate quickly. On the plus side, the process could be accelerated thanks to Vladimir Putin himself. Irrespective of how the war ends, Russia's political toxicity will remain high as long as the Kremlin is under the current leadership. This will be increasingly evident in the new order taking shape in Europe under the pressure of public opinion. This is not to say that the Russian fifth column in Bulgaria will not struggle to maintain its position. But its future no longer looks so rosy.

If you missed the first part of this story published last week, you can find it here.

It is not the loud pro-Kremlin patriots who are the channel through which real Russian influence passes, but state institutions - just like before 1989. In particular, MRF (the Movement for Rights and Freedoms), the political party founded by Ahmed Dogan and popular with ethnic minority voters, has always acted as a conduit for nefarious influences.