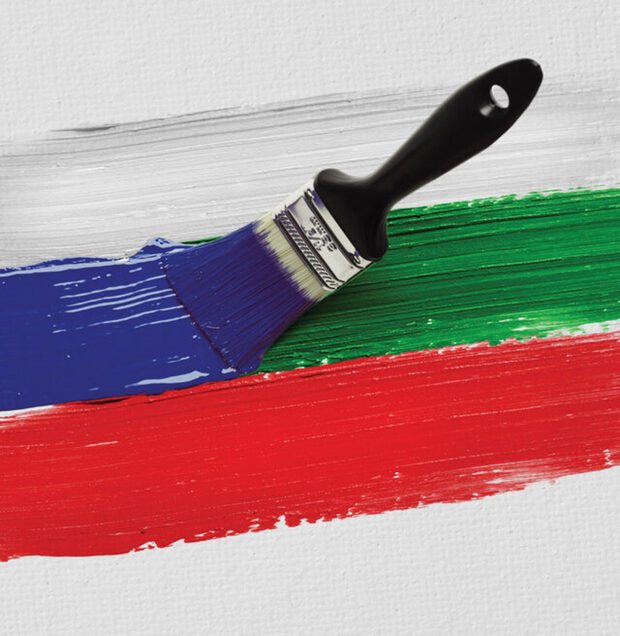 The real influence of Russia in Bulgaria, part 1: How it works and who is behind it

The real influence of Russia in Bulgaria, part 1: How it works and who is behind it

In this two-part series, KInsights explores how Putin’s war in Ukraine exposed that Bulgarian politics remains hostage to a powerful pro-Kremlin network holding key positions in the state

It appears that Russia's endless party in Europe is coming to an end - at least for now. Vladimir Putin's invasion of Ukraine has cast retrospective light on all the reports compiled by foreign policy, economic and military experts over the past decade. For years the Kremlin has been spearheading subversive disinformation campaigns, fomenting divisions in Western societies and eroding liberal democracy. Finally it seems that Europe is waking up to the threats that stem from the infiltration of Russian interests into Europe's economy and political life.

The invasion of Georgia in 2008, Russia's seizure of Crimea in 2014, followed by the occupation of the Donbas, and the documented hybrid interference in the US election and in the 2016 Brexit referendum, were all glaring indications of the imperial obsessions driving Putin - and barely opposed by meager sanctions.

The consternation expressed by millions of people (and voters) at the brutal violence and humanitarian catastrophe currently unfolding at the EU border has stirred European leaders out of their slumber. Suddenly all kinds of measures, formerly in the realm of theory, have been applied. Far-reaching and disruptive sanctions were imposed, the assets of oligarchs were seized, the Nord Stream-2 gas pipeline was stopped, and hundreds of Western companies exited Russia despite incurring huge financial losses.

After turning a blind eye to the threats coming from Russia for too long - and sustaining damage to its reputation in the process - the EU urgently needs to address its future security. One thing is apparent, it will not advance significantly unless it tries to clear the political and economic landmines that have already been laid by Moscow. The map of threats is defined by the extent to which different EU countries have allowed Russian interests and networks to penetrate.

According to the 2016 report "The Kremlin's Playbook: Understanding Russian Influence in Central and Eastern Europe" of the Washington-based Center for Strategic and International Studies and the Bulgarian Center for the Study of Democracy, Russia has been waging a long-standing economic and political campaign to wield control over eastern European countries. Bulgaria, Hungary, Latvia, Serbia and Slovakia have all been targeted, with the goal of discrediting the Western liberal democratic model and undermining transatlantic relations. In some of these countries, Russian influence is so pervasive and endemic that it could be seen as a direct threat to national security, as well as to the stability of the Euro-Atlantic community.

It is hardly surprising that Bulgaria has been on Russia's hit list. "Russia is using its dominant position in strategic sectors to strengthen existing ties and create new ones - with corrupt businessmen and local oligarchs... With the help of Kremlin-sponsored political parties and rapidly established organizations in support of specific Russian policies, pro-Russian players have been able to influence the national policy debate," the report warned.

The study is based on three main indicators of compliance with democratic standards in state governance: perceived levels of corruption, the independence of the judiciary and the independence of the media. Russia's invasion of Ukraine has dispersed any lingering fog, enabling us to see that Bulgaria has ranked among the Kremlin's "best performers" - characterized as it is by endemic corruption, a captured judiciary and mass media controlled by the same interests. During the 12-year rule of GERB (with the hidden helping hand of MRF), all three indicators flashed bright red.

What are the mechanisms through which Putin's Russia advances its goals? Ivo Indzhev, a journalist and researcher of Russian influence in Bulgaria, says: "The short answer is: through corrosive corruption at all levels. It includes "buying" politicians, journalists, magistrates, businesses, media and entire institutions. I have mentioned many times the advice of the Russian Emperor Alexander III, whom I call by the well-deserved nickname "Bulgarian-hater", to his Foreign Minister Giers: 'In Bulgaria, act with money'. And they do, to this day."

Corruption is, of course, present in all countries, but what distinguishes countries like Bulgaria is the Russian model of institutional protection, which transforms an apparent democracy into a functioning kleptocracy.

Russian penetration is at the heart of beleaguered Prime Minister Kiril Petkov's problems, perhaps best illustrated by the arrogant behavior of Russian ambassador Eleonora Mitrofanova since the invasion. All this is the culmination of Bulgaria's progressive detachment from Europe and alignment with Putin. True, in the current National Assembly, at least two formations - the election winners from We Continue the Change (WCC) and Democratic Bulgaria - unconditionally support democracy, rule of law and security within the EU and NATO. But, sadly, not a single party seriously opposed Russia's wishes and pressure in the last parliament.

During Mr Putin's two decades-long rule, Bulgaria's governments have taken key decisions in the knowledge they were forsaking its national interests. In particular, the Russian energy projects, which have absorbed huge financial resources - both the unbuilt Belene nuclear power plant and the hastily built gas pipeline along the South(Turk) Stream route. Unlike the war-stalled Nord Stream-2 pipeline to Germany, the Russian pipeline through Bulgaria does not provide competitive advantages to local companies and does not help its economy. It only fulfills the geopolitical goal of Moscow of transiting Russian gas to Europe to the exclusion of Ukraine - probably one of the important preconditions for the subsequent aggression.

This political subservience to Moscow, replacing normal market relations, has led to the establishment of a state system on the same principles. It is no coincidence that Bulgaria and Hungary, linked by the Russian pipeline, are the only NATO members that have officially refused military aid to Ukraine. Meanwhile, the watchword of Hungarian Prime Minister Orban and various Bulgarian political players is "neutrality" - in line with the Kremlin's new propaganda mantra designed to thwart former Eastern bloc countries joining NATO.

To Europe through the Bosphorus and with Putin

Russia was a divisive factor in Bulgaria's political life both after its liberation and declaration as an independent European state in the late 19th century, and after the fall of communism and the collapse of the Soviet bloc in the late 20th century.

After the changes in 1989, BSP, the successor to the former communist party, remained the traditional pro-Russian player. But in addition to making the yachts of the oligarchs an emblem of his regime, Mr Putin succeeded in replacing Bulgaria's traditional "Russophile" egalitarian ideology with an aggressive nationalism. This has created an identity problem for Bulgarian Socialists. The hybrid slogan "Always with Europe, but never against Russia" is today a contradiction in terms. Bulgaria cannot go both ways.

Significantly, while influential critics of Ninova, such as Georgi Pirinski and Velislava Dareva, claimed that Putin's war in Ukraine was a legitimate exercise to save itself from the "Nazi regime" in Kyiv, more than 200 self-described leftist intellectuals have condemned Russia's actions. They issued a statement demanding deepening economic sanctions "so as to undermine the authoritarian regime, its oligarchic structures and military industry".

BSP, which remained under the spell of Russia, also found itself with an electoral problem when extremely nationalistic, pro-Russian parties, such as Ataka, which appeared in 2005, began to contest its ground. Volen Siderov's party stayed in parliament for 15 years, and was even part of the third Borissov government (2017-2021), receiving a disproportionate share of power. Now, it has been replaced by the even more stridently anti-European and anti-NATO Vazrazhdane party in the current National Assembly.

Vazrazhdane has now inherited the baton of being the leading voice of Russian propaganda in Bulgaria. The presence of its leader Kostadin Kostadinov on national media as the pinnacle of the "other point of view group" on the war in Ukraine, aligned with the rampant troll campaign on social networks, epitomizes the mobilization of the Russian "fifth column" - the popular expression for the undermining of the state from within in favor of foreign interests.

Despite his claims of independence from the entire status quo, Mr Kostadinov, just like Mr Siderov and another Russian proxy, ex-politician and businessman Veselin Mareshki before him, has also taken his righteous place as client of the State Prosecution over allegations of having misspent his party's subsidy. Due to its infamous dragging of political cases and lack of supervision, the Prosecution is practically keeping him - as it did with his predecessors - on a leash, for whenever some specific controversial occasion arises (building a pipeline, protesting against NATO troops you name it).

Next week, expect part 2 of the analysis, where we will focus on the real players that project Russian influence in the country and how they had been interacting with each other to attain what Moscow wants.

It appears that Russia's endless party in Europe is coming to an end - at least for now. Vladimir Putin's invasion of Ukraine has cast retrospective light on all the reports compiled by foreign policy, economic and military experts over the past decade. For years the Kremlin has been spearheading subversive disinformation campaigns, fomenting divisions in Western societies and eroding liberal democracy. Finally it seems that Europe is waking up to the threats that stem from the infiltration of Russian interests into Europe's economy and political life.

The invasion of Georgia in 2008, Russia's seizure of Crimea in 2014, followed by the occupation of the Donbas, and the documented hybrid interference in the US election and in the 2016 Brexit referendum, were all glaring indications of the imperial obsessions driving Putin - and barely opposed by meager sanctions.