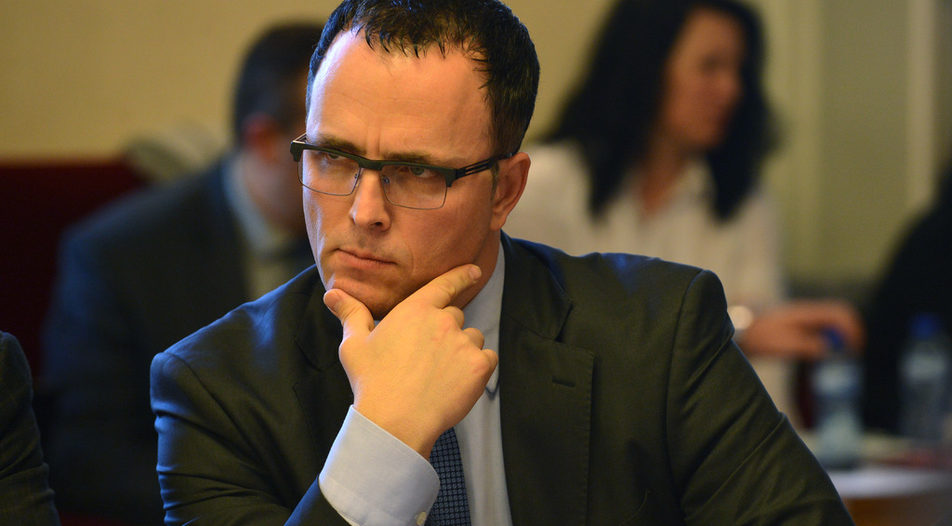 The original idea was that the state-owned Bulgarian Development Bank (BDB) should provide financing to small and medium-sized businesses in the country. However, in recent years, and especially during the reign of its current CEO and ex-chairman of Bulgaria's Financial Supervision Commission (FSC) Stoyan Mavrodiev, it has become a lender of last resort providing hundreds of millions of levs to prominent businessmen with ties to the government such as Georgi Gergov, Delyan Peevski and the Domuschiev brothers.

The concentration of credit exposure fuels the suspicion that public funds are being abused, which puts the bank at risk of turning into a serious reputational liability in the eyes of foreign institutions.

Between intent and reality

The logic of BDB's 20-year long existence is simple - a state-owned bank, backed by the government, raises financing from capital markets and international institutions. The bank then channels resources to sectors which traditional banks have limited interest in, or see as too risky. Or areas of public interest such as social policy, ecology and education and infrastructure where the state would like to intervene without necessarily seeking a profit.

BDB spent the first half of its life as a relatively small institution until the pre-crisis years. The finance minister at the time, Plamen Oresharski, decided to raise the bank's capital using the last budget surplus before the economic downturn. Following the increase in resources, each successive management team, playing in tune with the shifts in power in the country, led the bank gradually to its current state. Moreover, after the current CEO Stoyan Mavrodiev took over in 2017, the divided factions at the bank's middle management level were removed and Mavrodiev surrounded himself with loyal staff. Now everything is done swiftly and with authority.

Upon establishment in 1999, BDB had two main mechanisms to prevent misappropriation. One restricted retail operations - the bank was banned from collecting deposits from citizens, trading in currency and gold, and distributing credit directly (it could do so only through intermediary banks). The second, in effect since 2008, banned lending to political parties and related entities, and put in place tougher restrictions on large exposures - up to 10% of capital, whereas a 25% limit applied to commercial banks.

Initially, these safeguards worked, limiting both political orders and managerial mischief. However, gradually the boundaries began to be tested to see how far they could succumb, and BDB's focus shifted more and more from SMEs towards keeping alive victims of the recession and bad management. The ban on funding political parties was also circumvented - indirectly at first, through refinancing to firms related to a member of parliament and oligarch Delyan Peevski before and after the collapse of Corporate Commercial Bank (Corpbank) in 2014, and then directly through lending in 2016 to Plovdiv International Fair, a company controlled by Georgi Gergov - a member of the executive body of the Bulgarian Socialist Party.

The final nail in the coffin was driven in 2017 when control of BDB was transferred from the finance ministry to the economy ministry and Stoyan Mavrodiev became head of the bank. The 10% barrier was taken down, which in theory today makes it possible for BDB to give out loans of up to 200 million levs. Moreover, the ban on lending to affiliates of political parties was curtailed by revising the definition - related entities are now deemed to be only the parties' youth and female organizations and media outlets, but not the people in their governing bodies and their companies.

In addition, up until 2017, the bank was run by at least two executives of equal standing but the introduction of the position of chief executive officer consolidated power in Mavrodiev who brought with him loyal staff from his days as FSC chairman such as Rumen Mitrov into the BDB's management board. According to statements from former bank staff, what happened afterwards could only be compared to a purge, followed by the hiring of allies for the vacant posts.

The end result is a bank that is increasingly moving away from its initial purpose and transforming into a cashbox for big businesses with good political ties. In other words - for oligarchs.

By the end of 2017, 20 companies have received 90% of the bank's loans or 714 million levs. Last year, the BDB's portfolio of direct loans topped one billion levs, completely overshadowing the lending of 430 million levs distributed through intermediaries. In comparison, before Corpbank went bankrupt in 2014, 95% of its loan portfolio was distributed among 139 companies, and at the time that looked startling.

Of course, the current state of affairs cannot be attributed only to Mavrodiev's management, yet his team not only does nothing to reduce the concentration but rather increases it. One example is BDB's lead role in the restructuring of bus transport giant Union Ivkoni in a complicated transaction, which included the merger with competitor Etap-Adress. As a result, the bank's exposure to the new group reached 80 million levs.

The winners were Ivaylo Konstantinov - a former member of parliament from the governing GERB party, and Synthetica, a company affiliated to financial and insurance group Eurohold Bulgaria. Another example concerns a 2018 loan to BTC - the largest telco by revenue in Bulgaria operating under the Vivacom brand and controlled by businessman Spas Russev. In this case, BDB joined a syndicate of international and domestic creditors by adding 50 million levs but it remains unclear why a bank set up to support small and medium-sized businesses decided to lend to a big company that is successfully borrowing from both local and international lenders.

Moreover, BDB already had an impressive list of large exposures. Following Corpbank's collapse, the state-owned bank refinanced many of Delyan Peevski's businesses. Vodstroy 98 (today VDH) received 57 million levs and had 25 million levs left to repay by the end of 2017. Navigation Maritime Bulgare (Navibulgar) owned by brothers Kiril and Georgi Domuschiev also got a series of loans worth a total of over 50 million levs by the end of 2017.

All of this comes down to the bank's biggest risk - the large concentration of its loans. Although falling below regulatory minimums is not an issue for a bank with a capital of 785 million levs and assets of 3 billion levs, instability in any of BDB's large credit holders could put it at a loss.

If left to develop in this way, BDB is not only doomed to lose the purpose of its creation, but it could also turn into a reputational risk for the country as a whole

Moreover, the bank's mode of operation is defective. When it comes to funding big businesses with access to finance and private banks, the BDB's interference is unhealthy for the sector in general because it harms competition. By providing lending with implicit state guarantees to big companies with access to loans from private banks, the BDB harms competition in the still over-liquid banking sector where many players face difficulties in marketing their resources. According to bankers this is still not taking place thanks to low-interest rates globally, which helps foreign banks in Bulgaria deal with the competition coming from BDB.

In some cases, BDB is candidly refinancing problematic loans for customers who are more than unwelcome in commercial banks. A classical recipe for corruption is giving out someone else's money (moreover, quasi-state funds) to a borrower whom nobody else trusts.

There is also the political side. The risk that the bank could be used to support firms with government ties has grown with the appointment of an openly political figure at the helm of BDB. Stoyan Mavrodiev is one of the founders of the governing GERB party and, in his own words, the proud author of its first economic program.

If left to develop in this way, BDB is not only doomed to lose the purpose of its creation, but it could also turn into a reputational risk for the country as a whole. The development bank works with numerous international bodies, including the European Commission. A potential quake resulting from the bank's behaviour as a government hedge fund will definitely raise many questions.

The original idea was that the state-owned Bulgarian Development Bank (BDB) should provide financing to small and medium-sized businesses in the country. However, in recent years, and especially during the reign of its current CEO and ex-chairman of Bulgaria's Financial Supervision Commission (FSC) Stoyan Mavrodiev, it has become a lender of last resort providing hundreds of millions of levs to prominent businessmen with ties to the government such as Georgi Gergov, Delyan Peevski and the Domuschiev brothers.

The concentration of credit exposure fuels the suspicion that public funds are being abused, which puts the bank at risk of turning into a serious reputational liability in the eyes of foreign institutions.