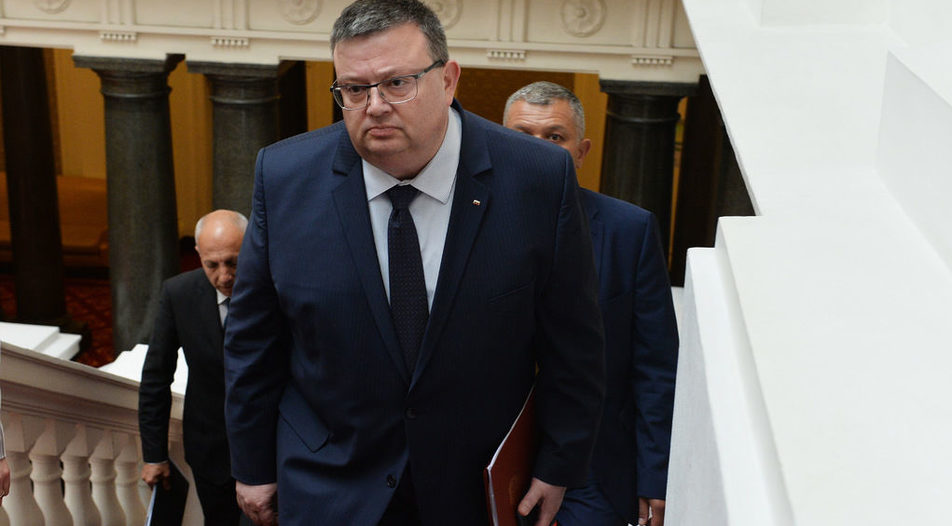 You have probably heard idioms and proverbs in Bulgarian that read like "The horse went into the river" or "A united company moves a mountain". when translated to English wordfor-word They cause chuckle among your Bulgarian friends, but the only thing you can do is to raise politely your eyebrows. Many more similar meaningless phrases can be found in various websites which make fun of the habit (typical not only for Bulgarians) to translate literally idiomatic expressions and proverbs into English.

The fight against corruption is not a ubiquitous phenomenon in Bulgarian public life but when it happens, it often takes strange shapes and sizes. In the most recent instance, the alleged bribe took the form of four tons of sujuk - a traditional Balkan dry, spicy sausage, usually made of pork, beef or venison.

The scandal went like this: in mid-July the state prosecutor's office announced it is launching an investigation against the (then) member of parliament from ruling GERB party Zhivko Martinov. According to the prosecution, alongside various other suspected abuses of power for personal gains, Mr Martinov had asked a salami producer for a bribe in the astounding form of four tons of sujuk, which allegedly was to be delivered to Prime Minister Boyko Borissov (hence the name of the scandal, SujukGate). Other accusations against Mr Martinov included pressuring a police officer to drop a car crash investigation against an ex-finance minister and telling businessmen from his constituency that he can 'smash' their companies.

According to the prosecution, all of this has been happening since 2011, which means during the entire term of office of the current Chief Prosecutor Sotir Tsatsarov, the last two years of his predecessor's mandate, as well as during all three periods of GERB led governments.

At an extensive press conference held by Mr Tsatsarov in July it did not become clear why the prosecution was taking action exactly then but he still managed to give the full recipe of the sujuk Mr Martinov had received and assured the public that the investigation had found no trace of "even a single kilogram of sujuk ever reaching the Prime Minister". The parliament was unusually quick by its own standards in disavowing Mr Martinov and he lost his immunity from criminal prosecution. GERB also was eager to remove the stain left on the party's reputation by the ex-MP and quickly terminated Mr Martinov's party membership. Pressured, he left parliament almost instantly. What is more, PM and GERB leader Borissov ordered a complete overhaul of the leadership of the party's organization in the city of Dobrich, which had been headed by Mr Martinov since the formation of GERB.

While too many questions still surround the case, it is an essential example of how stuff works in the Bulgarian politics and judicial system. Regardless of Zhivko Martinov's guilt or lack thereof, the populistic way the state prosecution informed the public about the investigation without relying on hard evidence besides the written testimonies of some of the supposedly pressured individuals and the way GERB quickly ostracised him exemplify the broken institutional framework in the country. What is more, SujukGate looks too much like a staged performance aimed to show the Bulgarian prosecution can mimic the Romanian judiciary's tough take against corrupt public officials, even when they are from the ruling party. Unfortunately for Mr Martinov, he turned out to be the sacrificial lamb in this set piece.

However, it is too early to lament his fate - the track record of the Prosecutor's Office shows that usually the high-level corruption cases it takes to court rarely lead to a guilty verdict due to procedural errors or insufficient evidence. So, probably the alleged sujuk robber won't go to prison after all.

Bulgarian politicians often shine with what they perceive as their linguistic abilities. One such instance was the hypnotic interview of MEP Nikolay Barekov in (maybe) English about (maybe) democratic processes in Iran that raised eyebrows and roused giggles mostly in his native country. Yet, very few can beat the attitude of Prime Minister Boyko Borissov towards foreign languages.

"I don't see it necessary to know foreign languages, it's important to have what to say," he said in an interview for local bTV station a few years ago. He confessed his mother had urged him to study French at school, yet he preferred to play football instead. He has found his formula for understanding foreign leaders, though: "When I hear "Congratulations, Borissov!", I don't bother with what's going to follow".

The lack of any foreign language proficiency has never stopped the Bulgarian PM from finding a way around in communicating with his foreign peers. For example, Bulgarian MEP Eva Paunova-Meidel translated for Borissov at a European People's party summit. And when he met with Hungarian prime minister Victor Orban at a EU Council after GERB won the last local elections with a landslide, Mr Borissov showed with fingers how many large cities his party had taken.

The last person the Bulgarian PM impressed with his language skills was French president Emmanuel Macron, who was welcomed in Varna with the phrase: "Everybody here parlez-vous français" in half Bulgarian, half French. Macron's predecessor Nicolas Sarkozy was greeted with 'bonjoiar', a word Mr. Borissov probably made up from bonjour and bonsoir, an interesting approach that could be brought to the attention of the Académie française.

Valeri the Silencer in Slanchaka

The seaside resort of Slanchev bryag (Sunny Beach), or Slanchaka, as it is colloquially known in Bulgaria, must ring an alarming bell in the ears of every Western European parent of an adolescent. Once the 'Black Sea pearl' and pride of Socialist Bulgaria, today the resort is infamous around Europe for its loud, alcohol-fueled wild parties for young foreign tourists. A poor man's Ibiza, Sunny Beach has become a notorious name: a few years ago IKEA used it in a commercial in which concerned Swedish parents tell their daughter they won't let her go to the resort because she is too young.

Well, the sunny days of Sunny Beach might come to an end now. Valeri Simeonov, vice-PM for demographic policy and leader of populist National Front for the Salvation of Bulgaria has become the unlikely spearhead of an attempt to 'normalize the pub crawl paradise into a family-friendly resort.

In mid-August Simeonov mounted an offensive against the excessive decibels produced by a couple of popular dance clubs owned by murky businessmen with ties to Bulgarian organized crime. He entered the clubs surrounded by police officers in riot gear, shut down their audio systems and practically crashed the party.

Everything would have been all right - noise regulations exist to be observed, if Mr Simeonov had not targeted only a number of clubs and ignored others. He also did not address the question why the state institutions responsible for keeping order had failed to do so before he joined them. Or how their capacity to do their job in the future would be strengthened without political support. Yet, at least for a night, the streets of Slanchaka got quieter.

You have probably heard idioms and proverbs in Bulgarian that read like "The horse went into the river" or "A united company moves a mountain". when translated to English wordfor-word They cause chuckle among your Bulgarian friends, but the only thing you can do is to raise politely your eyebrows. Many more similar meaningless phrases can be found in various websites which make fun of the habit (typical not only for Bulgarians) to translate literally idiomatic expressions and proverbs into English.