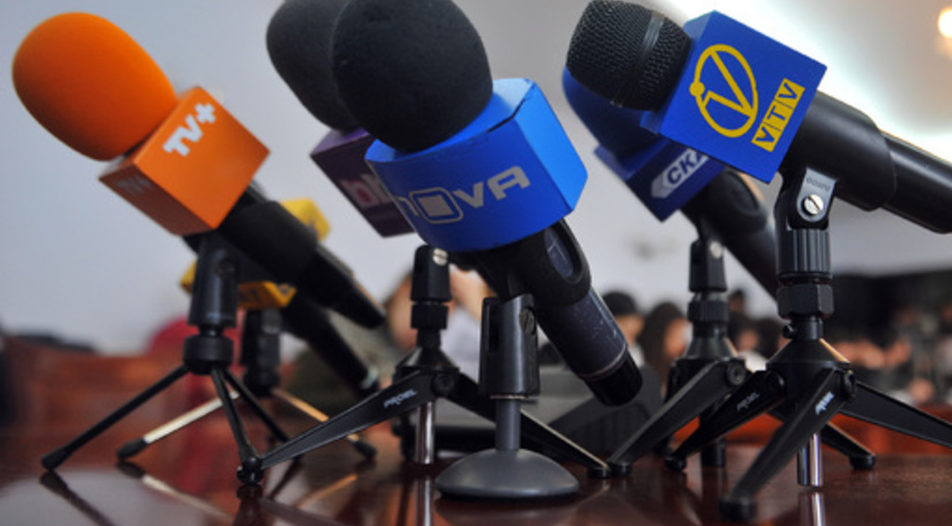 Zhurnalya111th in Media FreedomExplanation: A mistrustful Bulgarian public dubbing its disillusionment with journalism

Zhurnalya111th in Media FreedomExplanation: A mistrustful Bulgarian public dubbing its disillusionment with journalism

Public infrastructure repairs are always annoying, especially when they happen in the centre of the capital and shut down key streets for months on end. But they are part and parcel of city life, and Sofianites have become accustomed to the disruptions created by such works, including the overhaul of St. Sedmochislenitsi Square and Graf Ignatiev Street that closed one of the busiest shopping streets and a tramway line crossing the centre of Sofia.

Or at least so it seemed until they saw the first results in early October this year, after a summer of renovations that cost 12 million euro. Ugly, low-quality tiles arranged atrociously, lack of joint sealants, recycled old and rusty manhole covers Those were just a few of the eyesores people with no specialised engineering education could notice. Anger soon erupted over social media.

This is how a new hashtag was born - #HUBAVO E, meaning "it's nice" in Bulgarian. It appeared alongside photographs taken between the trenches on Graf Ignatiev Street or doctored photographs of the shining white marble slabs covering St Sedmochislenitsi Square. Mocking the repairs became such a viral pastime that at one point people were using their lunch breaks to take improvised tours of the public works with obligatory selfies in front of the most shocking examples.

Explanation: A mistrustful Bulgarian public dubbing its disillusionment with journalism

"You are the first, not the fourth branch of power," Bulgarian Prime Minister Boyko Borissov told journalists at the beginning of October, simultaneously bashing and praising the media in the aftermath of the brutal killing of journalist Victoria Marinova a few days earlier. Although the investigation has not linked the young woman's gruesome murder to her work thus far, the crime sparked immediate speculation of foul play by the authorities or business interests associated with them.

The outbreak of conspiracy theories was boosted by rashly circulated information about Ms Marinova's work as a journalist and the prevailing feeling of discontent with the media and institutional environment in the country that has been ranked lower in the World Press Freedom Index of the Reporters Without Borders year after year, now occupying an unenviable 111th spot.

The semi-angry, semi-desperate calls of the PM towards the press grew louder still after the most recent report of the European Commission under the Cooperation and Verification Mechanism for Bulgaria (monitoring Bulgaria's judicial system and fight against corruption) which found a significant deterioration in the Bulgarian media environment over recent years. But they can hardly deceive any outside observer anymore, let alone Bulgarians themselves.

For years Bulgarians have been so deeply disillusioned with the quality of their media environment that they have coined a pejorative term for every journalist - "journalya". Untranslatable in English, the word usually expresses contempt for unprincipled and submissive behaviour through sentences like "Look what the zhurnalya did again!" or "What did you expect of the zhurnalya?" Of course, this overgeneralization only helps the forces attacking the freedom of the media hidden from plain sight.

Paradoxically, Bulgarians' offensive descriptions for journalists do not destroy their trust in all of them. According to a March 2018 Eurobarometer study, about 70% of Bulgarians trust TV news, a notch above the European average of 66%. However, things fall into place once Eurobarometer asks respondents about their opinion of the press - known for its enslavement to powerful interests. While the EU average is 63%, only 43% of Bulgarians say they trust the sources and the zhurnalya of the newspapers.

Explanation: Bulgarians' affection for phallic (and other) symbols and inscribing them on historic places

Bulgarians seem overly fond of graffiti. If you walk around central Sofia, you would see various scribbles, murals, swastikas, motivational and nihilistic sayings covering the walls of old and new building alike. Over the past two decades, the controversial and divisive monument to the Soviet Army in the city centre has become a makeshift canvas for artists and vandals alike who have famously painted the monument like a pop culture cartoon, pink in commemoration of the Prague Spring and sometimes just writing obscenities.

Most of the time those activities allude to the saying: "Pishi K*R and begai", which could be translated as "Write DI*K and run", a euphemism for Bulgarians' distaste for taking consequences for their actions.

One can use the phrase literally, as graffiti masters do, or more subtly - when it comes to having to quickly flee a difficult situation. But recently, a shameful story brought the Bulgarians' obsession with leaving marks behind them into the international spotlight. The act of vandalism was the spray-painting of the name of a Sofia football club on a fence in the Hiroshima Peace Memorial Park, which made news headlines in Japan and then spread internationally. The Bulgarian Foreign Ministry apologized but the stain remained. The perpetrators were identified as stage workers at the Sofia Opera visiting Hiroshima as part of a tour of Japan.

This is not the first time Bulgarian nationals have scribbled on places of cultural significance. In 2015 Bulgarian footballer Blagoy Georgiev was caught carving his name on one of the columns of The Colosseum in Rome with a coin and got arrested for that. Unfortunately for both the Sofia Opera workers and Mr Georgiev, they only indulged in the first part of the Bulgarian saying - "Pishi K*R", and not the latter, running part - " and begai".