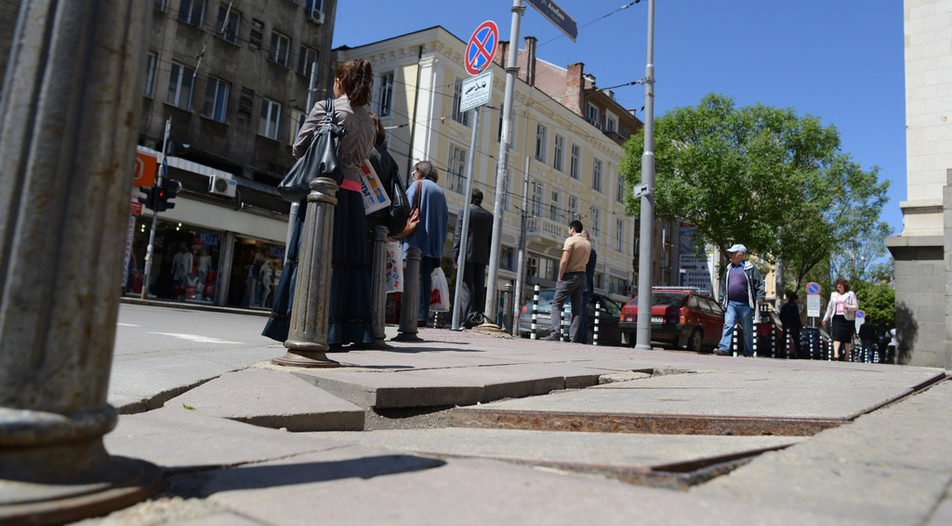 A typical "Fandakovka"-style tile in the centre of Sofia

A typical "Fandakovka"-style tile in the centre of Sofia

You have probably heard idioms and proverbs in Bulgarian that read like "The horse went into the river" or "A united company moves a mountain". when translated to English wordfor-word They cause chuckle among your Bulgarian friends, but the only thing you can do is to raise politely your eyebrows. Many more similar meaningless phrases can be found in various websites which make fun of the habit (typical not only for Bulgarians) to translate literally

idiomatic expressions and proverbs into English.

definition: Sofia sidewalks feature tiles that will make you wet and miserable

With the rise of low-cost airfares from various European destinations, the capital of Bulgaria started gaining the reputation of a hidden gem for tourists. But there are things that are hard not to notice. A Free Sofia Tour guide warns his group to mind the tiles, as they walk just outside one of the elite hotels in the city. A Serbian person says that Sofia really feels like home, but "we went through the bombings and our sidewalks are in better condition. And you are in the EU!"

For a European capital, and one hosting the high-level meetings of the Council of the EU in the first half of 2018, Sofia does have a staggeringly inadequate sidewalks and paved pedestrian areas. There are certain parts of the city where locals remember exactly which tiles have come off, dodging them (if possible), especially during rainfall. One mistaken step may cost you wet feet, bad mood and, sometimes - pneumonia.

People are, obviously, not happy with this state of affairs. And it is hardly a surprise they attribute it to the authorities responsible for it - the Sofia Municipal Council. After almost a decade holding the mayoral office in Sofia, the name of Yordanka Fandakova was the easiest target to become an epitome of the dilapidated sidewalk tiles, which are now known as "Plochki-Fandakovki".

Naming the flappy tiles after Ms Fandakova has its merits: it is indeed the product of neglect on behalf of the municipal authorities - neglect of construction rules, of public procurement rules and of pedestrian infrastructure, as a whole. It is also an example of the nationwide problem with institutions' favouritism of companies with dubious reputation and murky ties to certain politicians. For example, in the middle of Bulgaria's EU Presidency, G.P. Group Ltd - a well connected company, had to repair the repair works carried out just four months earlier in the square in front of the National Palace of Culture and financed with 6.6 million levs in taxpayer money, after some of the massive faux-marble slabs popped out of their places.

So, watch your step next time you are in Sofia, even if you are Jean-Claude Juncker entering NDK.

definition: Bulgaria and Russia had signed agreements on four joint energy projects that were never accomplished. Now two may be revived.

Back in 2008, the then-President of Bulgaria Georgi Parvanov signed a huge deal in Moscow with his Russian counterpart Vladimir Putin. It included eight bilateral agreements, four of which were in the field of energy - for the construction of the South Stream gas corridor; for the planning, construction and delivery of equipment for the Belene Nuclear Power Plant (NPP) project; for the development of an oil pipeline between Bulgaria's Burgas and Greece's Alexandroupolis and for nuclear fuel delivery.

"By signing these memorandums, Bulgaria achieved a "Big Slam" (Golyam Shlem) and will reap enormous social and economic gains", Parvanov told reporters after the meeting, alluding to the four Grand Slam tournaments in tennis. A Kommersant correspondent allegedly misheard the President and instead of Shlem (Slam) he heard Chlen (Member), noting in an article that Mr Parvanov sounded "overexcited" when talking about the projects.

A decade later, none of the projects has been built and the "social and economic gains" amount to around 1.25 billion euro of losses for the Bulgarian taxpayer for the Belene NPP project alone that was (supposedly) finally canceled in 2012. The South Stream gas pipeline was frozen after the 2014 Russian occupation of Crimea and under pressure from the European Commission for the project to abide by the common EU energy rules. The fate of the other two projects was similar.

Today, half of the Big Slam has suddenly risen from the dead. Out of nowhere, Bulgarian Prime Minister Boyko Borissov, who had previously called Belene NPP "a totally corrupt deal and a failed project", decided to move towards dropping the 2012 moratorium on its construction. During their separate meetings with Vladimir Putin in May, the Bulgarian PM started talking about some sort of a new gas link between Russia and Bulgaria. Only time will tell how much the new mini-Chlen...sorry, Shlem, would cost Bulgarians.

definition: The replacement of Turkish-Arabic toponyms in a Bulgarian city is hailed by nationalists as a victory

Bulgarians have a complicated relationship with their national identity and love towards the motherland. They are proud of (the convenient parts of their) ancient history, nature, food and folklore traditions. But the disillusionment in the modern Bulgarian politics has led many to fall back to the old tropes of a great, somewhat pastoral bygone time, constructing a homogeneous, yet sometimes not very inclusive vision of their identity.

This expresses itself best in the term "Balgarshtina", which may be loosely translated as "Bulgarianism" - a semi-romantic, semi-nationalistic ideology that sometimes goes beyond dancing the traditional "horo" dances and waving national flags and falls prey to ultra nationalist politicians for personal or party gains.

This was the case with a recent decision of the Stara Zagora City Council, which voted to scrap 838 names of areas in the vicinity of the city of Turkish or Arabic origins, and replace them by their supposedly literal Bulgarian translations.

Some translations were absolutely farcical - the Bin Budak area was directly translated into Bulgarian as Hilyada Chepa, which can mean either "A Thousand Wood Knots" or, colloquially, "A Thousand D**ks".

In the national parliament, Alexander Sidi, an MP from nationalist VMRO party which is a member of the governing coalition, hailed the change of toponyms in the Stara Zagora region "as a great victory for patriotism and Bulgarianism".

Of course, such things are nothing new - the leader of Ataka nationalist party Volen Siderov asked the president in 2012 to change the name of Musala Peak (Near God in Arabic) to St. Ivan of Rila, among others. Yet, the decision to rename areas around Stara Zagora is the first time large Bulgarian political parties have backed up such a move initiated by the nationalists.

You have probably heard idioms and proverbs in Bulgarian that read like "The horse went into the river" or "A united company moves a mountain". when translated to English wordfor-word They cause chuckle among your Bulgarian friends, but the only thing you can do is to raise politely your eyebrows. Many more similar meaningless phrases can be found in various websites which make fun of the habit (typical not only for Bulgarians) to translate literally

idiomatic expressions and proverbs into English. 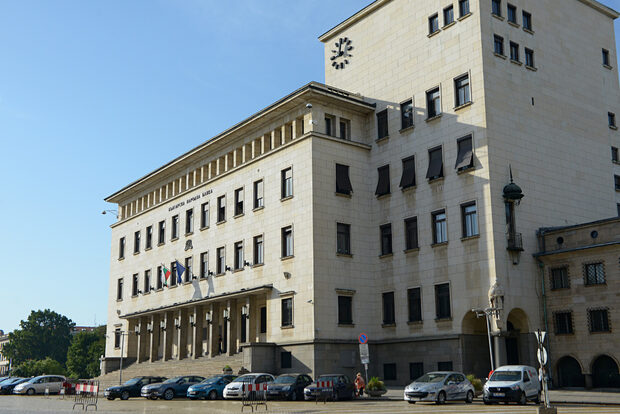 The week: From Ruse to Sofia, or why elections might not be all that important 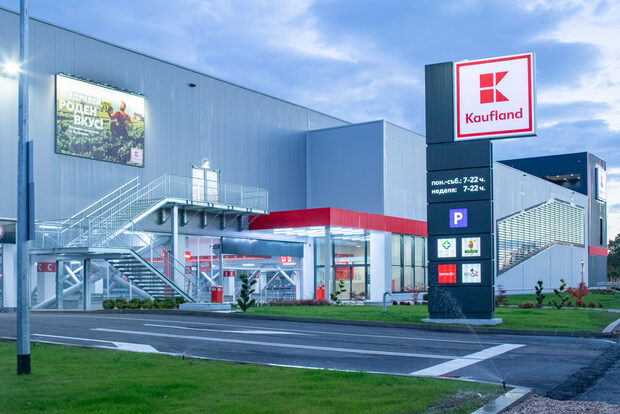 Day in 3 news: BG fund invests in Macedonian startup; Business climate up a notch; Kaufland has new outlet in Sofia 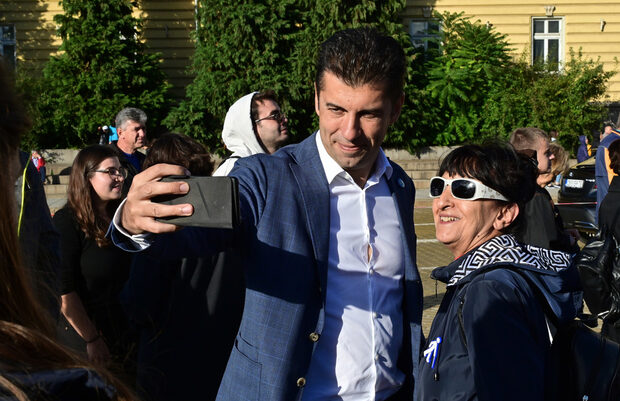