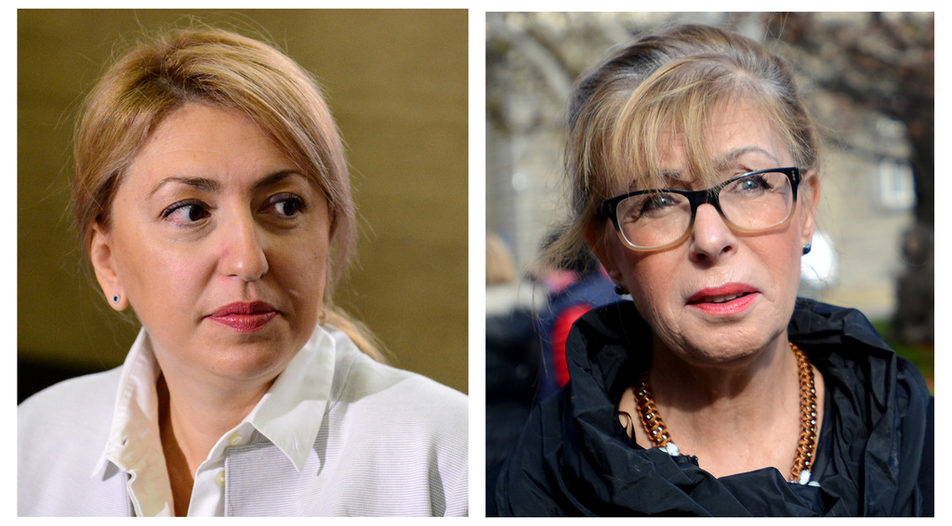 Yanevagate: The "Rotten apples" of the Bulgarian judiciary. Bai Hui, where are your basic manners? KTB files

• Yanevagate: The "Rotten apples" of the Bulgarian judiciary

definition: A series of leaked wiretapped conversations by senior magistrates expose how thin the separation of powers in Bulgaria is. They also offer a rare glimpse into the ways of politics and law in the country.

Imagine a number of leaked tapes of two senior magistrates talking about influence peddling between members of the different branches of power, illicit practices within the state prosecution and under-the-radar communication between senior members of the executive and the judiciary, including Prime Minister Boyko Borissov, his GERB-lieutenant Tsvetan Tsvetanov, Chief Prosecutor Sotir Tsatsarov and many other members of the Supreme Judicial Council (SJC) and even the secret services.

A story of an illegal wiretape

In any other EU country this would have caused a huge public scandal, uproar within the opposition and a large-scale independent investigation. Not in Bulgaria. The strongest reaction came from the French ambassador Xavier Lapeyre de Cabanes, who called the two magistrates in the conversations "the rotten apples" of the Bulgarian judiciary. What would become known as the "Yanevagate" scandal, after the owner of one of the recorded voices, would never be properly investigated by the prosecution, the majority of SJC magistrates would simply ignore it, as would the opposition parties. Yet, if they were properly investigated, these tapes could have exposed the secretive, roguish and sometimes purely absurd ways Bulgaria is governed.

A year ago, investigative reporting website Bivol released the first of what would become a series of leaked wiretapped conversations between the ex-chairwoman of the largest district court in the country, the Sofia City Court (SCS) Vladimira Yaneva, her ex-subordinate in charge of trade disputes, Roumiana Chenalova, and lawyer Momchil Mondeshki. In one of the conversations Yaneva tells Chenalova how Chief Prosecutor Tsatsarov warns her about an impending investigation against her.

What the leaks expose

In another series of monologues she claims that the "secret services belong to the Movement for Rights and Freedoms (MRF)", later specifying that they are controlled by the infamous member of the party, the ex-court investigator, present media and business mogul Delyan Peevski. In 2013 the attempt by the Oresharski government to put Mr Peevski formally in charge of the Bulgarian secret services became the catalyst of one of the largest protests in modern Bulgarian history. Another conversation sheds light on the alleged love affairs of Prime Minister Boyko Borissov and the "presents" in the form of mansions in Barcelona he buys for an unknown mistress. Or, businessmen related to First Investment Bank were ready to gather money to bail out Yaneva and buy off media comfort from the editor of one of the leading daily newspapers in the country, "24 hours". Last, but not least - in one of the leaked audio files Mondeshki and Yaneva discuss their issues with a fortuneteller.

Later on, a series of independent technical inspections by foreign experts found the footprint of the Bulgarian secret services in the recordings and proved that the voices of Ms Chenalova, Ms Yaneva and Mr Mondeshki were indeed their own. When Yaneva testified, she simultaneously claimed she didn't remember anything from the conversations and the recordings had been manipulated. Unsurprisingly, the prosecution office dropped the case because it found that the recordings had been manipulated...because they were cut into separate shorter pieces. The Supreme Judicial Council (the self-governing body of the Bulgarian judicial system) found no ethical dilemma in the substance of the conversations that could expose grand misdemeanors on behalf of members of the government and the judiciary. They wrote the case off by simply saying that the recording might be illegal.

• Bai Hui, where are your basic manners?

definition: An emotional slip of the tongue made by reformist-turned-oppositionist Radan Kanev revived a pop culture reference from the early 2000s in a new light. And it shows how the last barriers before impolite and improper public speaking are simply gone.

Prime Minister Boyko Borissov is not known for his placid temper, yet very few things annoy him as much as tongue-in-cheek comments by his ex-ally Radan Kanev that mock him. Mr Kanev is the leader of the Democrats for Strong Bulgaria (DSB) party, still part of the half-governing, half-oppositionist Reformist Bloc (RB). He withdrew his and his party's support for the government last December when GERB passed a watered down version of the crucial judicial reform bill, yet his critique of Mr Borissov dates way back. But after the Prime Minister summarily humiliated the Reformist Bloc ministers by warning them how easily they can get out of their ministerial chairs, Mr Kanev's lost his temper and called Mr Borissov "Bai Hui" in a TV show.

The phrase means little to non-Bulgarians, unless you are from China, where it means "the place where everything meets", a symbol of Buddha (as well as the name of a photo model). And it would have been nice if Mr Kanev used the expression in its Chinese meaning. Yet in Bulgarian it literally means "Uncle D*ck", a reference to a popular refrain by the

popular rap trio Upsurt that goes: "Bai Hui, you have no basic manners". The phrase has almost been forgotten by the general public, as it was popular more than a decade ago. Yet, its mentioning with reference to the Prime Minister sparked interest - and outrage - in the Bulgarian online society. Many supporters of Mr Kanev, who see in him a rare modern politician, bashed him for sinking to the level of Mr Borissov, who doesn't shy away from using unsophisticated language (to put it mildly). Others, though, saw his words as a genuine expression of his exacerbation with the ways Mr Borissov treats his colleagues, especially after Mr Kanev apologized to the TV viewers. How did the Prime Minister respond? He simply called Radan Kanev a "snot".

• KTB files. Secrets of the oligarchy

definition: A string of leaks and acquisitions linking former business partners Mr Vassilev and Mr Peevski, offers a look behind the scenes of business and political life in Bulgaria

Scandals between former business partners who had a nasty break up could be as revealing as the shouting between former lovers, who split breaking the family china. This is now happening in Bulgaria. Tsvetan Vassilev (you can see his name here and there in KQ), the former owner of bankrupt Corporate Commercial Bank (CCB), began spitting details of his business dealings in the last ten years that shed a lot of light over the connection between business and politics. Of course, his newly found candidness did not come before his bank went down; he had to flee to Belgrade and his former partner Delyan Peevski (also a visible presence in this issue of KQ) began to take control over the remains of their former media and business empire.

In a string of leaks to a blog of a former journalist and most recently in an interview with KTBfiles, a research project aiming to explain how it was possible for CCB to highjack the Bulgarian authorities, Mr Vassilev made public a lot of dealings that were suspected but have never received any authoritative proof. "There is no way you can do serious business in Bulgaria if you refuse to make kickbacks to politicians", Vassilev said in the interview with KTBfiles.

His main accusations concern two of the biggest business deals in Bulgaria in the last ten years - the privatization of Bulgartabac and the recent acquisition of BTC. According to Mr Vassilev the owners are just a façade for the real interests behind the deal.

The former owner of CCB claims that his offer for Bulgartabac was rejected in 2011 so that Mr Peevski could take control over the company. Mr Vassilev claims now that current PM Boyko Borissov, his friend Alexander Staliyski and MRF leader Ahmed Dogan arranged the deal and were supposed to receive some of the company's shares in exchange for their alleged support for the buyer of Bulgartabac. Back then the government decided that the new owner of the cigarette producer needed to commit firmly to buying tobacco from domestic producers. Such a requirement made tobacco majors uninterested (Mr Vassilev partnered with the Korean KT) and opened the way for domestically related interests. The alleged plot, with schemes drawn by Mr Peevski's lawyer, appeared online a year ago, but their authenticity has not been verified.

Mr Vassilev makes similar accusations in connection with the BTC deal (see on page 24). The telecom changed hands recently cheaply. Again the authorities, which are the main loser from the deal, are suspiciously passive.

Mr Vassilev is not the perfect whistleblower but such revelations usually need to be followed by a serious investigation. The Bulgarian prosecutors are as usually absent. The only effect of the accusations of corruption until now is a hacker attack against ktbfiles.com.