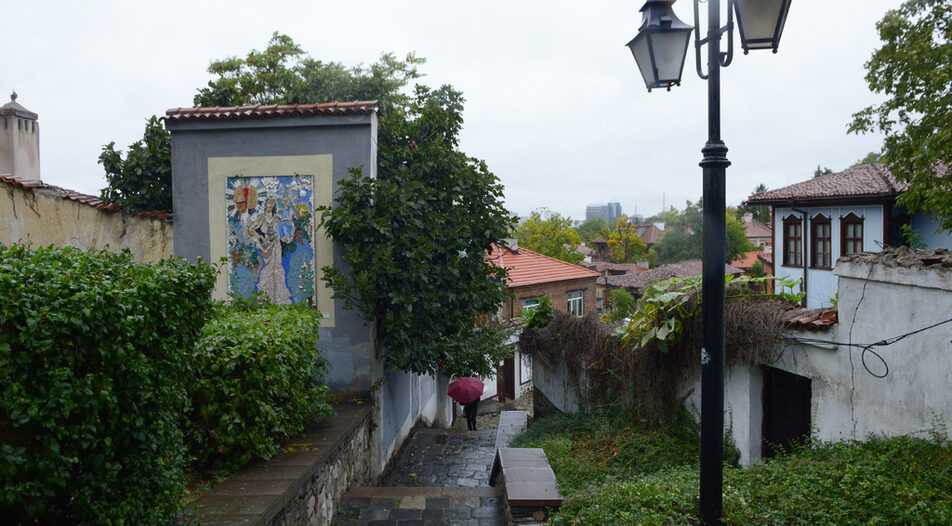 The week: It's all going well if you are a bank, but not if you're a mayor, and a small village has a big waste problem

Plovdiv was the biggest municipality to turn off its lights. Now the State wants to understand why

The week: It's all going well if you are a bank, but not if you're a mayor, and a small village has a big waste problem

Plovdiv was the biggest municipality to turn off its lights. Now the State wants to understand why

The knives are out. It took a month for the new government to bare its teeth to the previous ruling party.

This week, after many mayors from GERB-controlled municipalities decided to publicly turn off some street lights, reportedly to save money because of high energy prices, the Finance Ministry responded with force. The state financial inspectorate now intends to enter each and every one of those municipalities, announced a press release, to check whether local finances have been planned and spent correctly.

Given that this inspectorate is under the direct control of the Finance Minister and such an audit is highly unusual, let alone in such haste, this is a clear warning: do not use the media and your position to challenge the new government.

It was always bound to happen. Although GERB recently lost power, after 12 years at the helm, most Bulgarian cities are still under Boyko Borissov's command. Recently, the ex-PM must have felt the screws tightening, what with the chief of the Anti-corruption committee resigning, the General-Prosecutor under heavy pressure to do the same, the Interior Minister investigating highway procurement and European allies from EPP staying silent. If nothing else happens, Borissov is bound to find himself in a bind at some point and there is always the possibility that somewhere, something's gonna give.

Yet things ARE happening.

Scary things like the pandemic, the potential war in Ukraine and the energy crisis, coupled with inflation. This is an awful start to any career, let alone that of a new Prime Minister.

So when Borissov's people decided to use their remaining local levers to stir up some discontent, the government obviously decided that enough was enough. There hasn't been any mayoral request for state assistance, even though such assistance has been offered, claimed the Energy Minister. And in any case, there is no logic to big cities like Plovdiv being unable to pay their energy bills, given that they will be compensated later, say people from the Finance Ministry.

So they see this as a purely political knife in the back. And they will respond in kind. Anyone at local level who is found to be cutting power even though money was available, will be charged with committing a crime on duty.

For Bulgarian municipalities, drained of cash and kept on a tight leash by their former rulers, there is hardly any chance of standing up to the Treasury. And this seems like the wrong fight anyway.

It's high time for decentralization and more power to the regions - Bulgaria is one of the most centralized countries in the EU. Yet this senseless battle promises to make such a prospect harder to achieve.

And for the new powers to be, it is far too early to acquire GERB-style governance, using the state institutions as beating sticks for the "naughty ones". It might be brushed off as a one-off thing, if it were not for other worrying signs (read below).

How not to make laws

Talking of bad habits, they seem to die hard. On 2 February, Parliament swiftly approved legislation that integrated most major state registers - the Registry agency, the Cadaster etc. into a "super-agency" under the auspices of deputy-Prime Minister for Administrative Reform Kalina Kostantinova.

The problem? There wasn't a specific law for this purpose. MPs voted the change via the state budget law for 2022, which is currently being reviewed. Or more like - in its Transitionary and Final provisions.

This used to be a toxic practice during the time of GERB, which became (in)famous for changing various laws - from judicial to construction rules - through such a backdoor. Using it in its first major vote is not a good practice for the newcomers.

On another parliamentarian topic, MPs almost unanimously approved the resignation of the head of the anti-corruption agency (CIAF) Sotir Tsatsarov with 193 votes "For." If you missed our story from the beginning of the week, check it out to find out how it came to this and what lies in store for justice reform.

Alas, Mr Tsatsarov's resignation comes right when he became so proactive: CIAF warned of heightened corruption risks in several ministries (something they never did during GERB's term in office) and launched an investigation over alleged abuses of power by Prosecutor General Ivan Geshev. Certainly Mr Tsatsarov had timed this sudden surge of activity well - just ten years after he was appointed Prosecutor General and three since he headed CIAF.

Another honeymoon ended abruptly: between Prime Minister Kiril Petkov and the man considered the father of his political career, President Rumen Radev.

On Tuesday Mr Radev openly criticized Mr Petkov for the first time on two counts - the latter's appeasement approach vis-a-vis N. Macedonia and the rushed changes that the cabinet forced through within the utilities regulator (KEVR) and the state-owned Bulgargaz gas company.

That's not a bad thing - a bit of competition between the two centers of public authority might be healthy for the separation of powers and need not escalate to a full-fledged war, as happened between Mr Radev and former Prime Minister Boyko Borissov.

"My hope is that the cabinet would not be tempted by the governance model inherited [from GERB], which used the enforcement agencies, the boards and regulators to promote private interests. Because if they use the same approach, it is unlikely that we will get results much different to Borissov's," Mr Radev said.

Mr Petkov responded to the President's criticism of his policy towards Skopje, saying that no good-will gesture towards N. Macedonia "is too early, in fact, it would have always been too late".

For the second successive month businesses are feeling more optimistic about the economy and its prospects, according to national statistics. The index is up 1.5% on December and stands at 17.7. The brightest future seems to be visible in the manufacturing, construction and retail sectors, while services are feeling slightly gloomier.

Is the surplus in the state budget for January. This is double the figure for the previous January: revenues are up by 16.5% and expenditure is roughly the same. Yet this does not include pensions which were included in the previous month.

Is the GDP growth for 2021, while this year it will be 3.6% says the Bulgarian National Bank. This is considerably worse than the previous forecast from September.

Or 700 million euro is the profit of Bulgarian banks for last year. This is over 70% growth.

3.8 million fewer passengers than in 2019 have passed through the airport in 2021, while there were almost 4000 canceled flights just in January. This is the official info from the concessionaire Sof Connect.

The Danish chain will invest 12 million euros towards expanding its current warehouse and distribution center near Sofia. The center serves over 270 stores in the Balkan region.

Will be paying all the users of gas in Bulgaria, decided the regulator. This is the biggest decrease in two years and is motivated by the fall in gas prices.

Dimitar Berbatov - Will try for a second time to head the Bulgarian football Union. There is a new congress on 18-th of March, and Berbatov will be up against the eternal Borislav Mihaylov.

Eleonora Mitrofanova - the ambassador of Russia to Sofia reassured the Bulgarian public that "as long as you don't have military bases [of NATO] and strategic weapons, you are not a target." This benevolent attitude might partially explain why Bulgarian leaders are keeping their heads down over potential NATO expansion in the country, as we wrote on Thursday.

Varbovka, Pavlikeni - inhabitants of the village where the mysterious oligarch Rumen "The Wolf" Gaitanski plans to open a waste-powered factory took to the streets to protest against the construction of the incinerator.

Last Saturday, Prime Minister Kiril Petkov was being interviewed by Darik Radio when he compared the negotiations between Sofia and Skopje to "a favorite short story of his by [Russian classicist Anton] Chekhov," How Much Land Does a Man Need. In the story, the main character Pahom is tasked to run from dawn till dusk in order to encircle the largest possible plot of land, which would become his. He pushes himself too much and, having covered great distance, falls dead at the end of the day.

It's a great parable about setting oneself unreasonable goals and an amazing showcase of associational thinking by the Prime Minister, an optimist might say. It would all have been very good if the short story hadn't been written by another great Russian author, Leo Tolstoy. The misattribution caused some laughter on social media, but Mr Petkov at least had the decency to recognize it and apologize for it.

Also, let's cherish for a while the moment we're discussing Russian classics with the PM, rather than a bedroom filled with gold & cash.

The knives are out. It took a month for the new government to bare its teeth to the previous ruling party.

This week, after many mayors from GERB-controlled municipalities decided to publicly turn off some street lights, reportedly to save money because of high energy prices, the Finance Ministry responded with force. The state financial inspectorate now intends to enter each and every one of those municipalities, announced a press release, to check whether local finances have been planned and spent correctly.