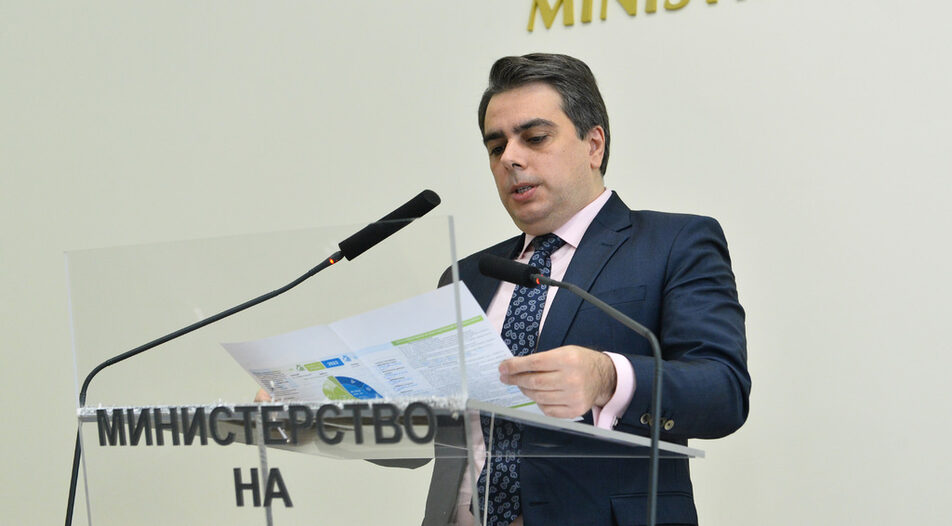 Bulgaria’s budget 2022: too generous and risky

Bulgaria’s budget 2022: too generous and risky

The finance ministry proposed a draft budget for 2022 with a deficit equivalent to 4.1% of planned GDP and significant debt growth

When the new coalition government took office on 13 December, it promised transparent and smart spending. That's why the expectations for the 2022 draft budget were to address the roots of problems such as low incomes, poorly functioning and underfunded public systems, unrealized investment projects, Covid-19, high energy prices, insufficient economic growth.

Finance minister Asen Vassilev didn't have enough time for all this, but the draft budget he presented at the end of January looks more like tackling the problems with more money. This year the state intends to be very generous: it will redistribute over 44% of the gross domestic product (GDP) on a one-size-fits-all basis. And the result is that for a fourth year running public finances are planned to be in deficit (5.9 billion levs, or 4.1% of GDP), which will be covered by new debt.

Currently, Bulgaria technically does not meet two of the four criteria for joining the euro area - inflation rate and budget deficit-to-GDP ratio. And if the government wants to achieve its goal of adopting the euro in 2024, this year's budget seems to work in the opposite direction. The planned rise in spending by nearly 10 billion levs (5 billion euro) in comparison to last year's budget can fuel additional inflation, while overoptimistic expectations for economic growth put budget deficit projections at risk.

The good news is that there will be no changes in the government's tax policy, while the bad news is that the cost of labour for businesses which pay higher wages will rise, as the maximum monthly wage for which mandatory social security contributions are due will increase to 3400 levs from 3000. In addition, the minimum wage will increase to 710 levs per month from April 1 from 650 levs now, according to the draft budget.

The government plans to spend even more than the amount of 63.2 billion levs set in the budget draft because it has set aside 2.8 billion levs from last year's budget in so-called special accounts, to be spent this year. Thus, the amount of money the government will have at its disposal is almost 10 billion levs more than last year, reaching 66 billion levs, or 46% of the expected GDP. The planned revenues will also increase, by 6.7 billion levs compared to the 2021 budget, mainly due to higher tax revenues, which can be expected considering that average annual inflation of 5.6% is projected in the budget draft. However, increased revenue will not compensate for the planned rise in expenditure and thus the budget gap will reach 5.9 billion levs at the end of 2022, equivalent to 4.1% of GDP.

If we exclude the government's measures for alleviating the impact of Covid-19 on the economy, the deficit will decrease to 3.6 billion levs, or 2.5% of GDP. However, on an accrual basis (the indicator important for the European Commission) the deficit will be even higher than 4.1% - about 5.5% of GDP. And as it's impossible for the gap to shrink in one year, the budget is planned to be in deficit until 2024. In theory, this is in conflict with both Bulgaria's Public Finance Act and the European Stability and Growth Pact, which prescribe mandatory consolidation measures.

"In principle, European fiscal rules are still not being implemented in 2022. But a significant increase in the deficit is unlikely to be welcomed, especially when all other European countries plan to gradually reduce deficits. A deficit of over 3% of GDP in 2023 (as set out in the draft budget) is very risky from the point of view of an excessive deficit procedure. The fiscal rules will be applied from 2023," says Georgi Angelov, senior economist at the Open Society Institute in Sofia.

There's one more risk: the too optimistic forecast for economic growth this year. The Ministry of Finance expects 4.8% real GDP growth, driven mainly by investments. By comparison, recently some institutions revised downwards their forecasts for GDP growth of less than 4% this year, most forecasts for the world economy were also lowered.

And if GDP growth turns out to be weaker than planned, revenue targets may not be met and the deficit may be even greater. According to some financiers, however, it may be that the nominal GDP growth for this year (just over 9%) is underestimated and this was done quite deliberately by Vassilev's team as a kind of a buffer.

Pro-inflationary and risky for euro adoption

Another valid criticism is that the suggestions for increased expenditures are certainly pro-inflationary. They may further accelerate inflation, which, according to the NSI, will stand at 6.6% measured by the harmonized index of consumer prices - a value not seen for more than a decade.

Most official forecasts, including those of the government, banks and international institutions, predict a peak in inflation in the first half of 2022 and then a gradual decline. At the same time, however, inflation in Bulgaria stands above the EU average and the additional state support to households and businesses may exacerbate the problem.

The Fiscal Council, which provides advice to the government, also reminds that price stability is one of the Maastricht convergence criteria and non-compliance with it could jeopardize Bulgaria's plans to join the eurozone in 2024. "The set fiscal policy - with high levels of government spending, deficit and debt financing, is pro-inflationary. Anti-inflationary measures are usually aimed at temporarily reducing taxes, as their revenues increase nominally due to inflation, which was the leading cause for the over-fulfilment of revenues in 2021," the institution says in its analysis of the draft budget.

Riskier if interest rates go up

The gaps in the budget must be filled in, and in theory, this can be done either by increasing taxes or by issuing new debt. However, no sharp tax changes are planned for the coming years - this is Vassilev's request. Therefore, the government plans to issue up to 7.3 billion levs of debt in 2022, of which 3 billion levs will be used to refinance maturing issues and for this purpose the country will tap international markets. From 2021 to 2024, however, the debt will increase nominally by almost 16 billion to 47.1 billion levs or 29.3% of GDP. While government debt will remain far below the ceiling under European rules (60% of GDP), a growth of 50% in just four years can be assessed as too risky by the markets, and this may increase the risk premium on Bulgarian debt.

When the new coalition government took office on 13 December, it promised transparent and smart spending. That's why the expectations for the 2022 draft budget were to address the roots of problems such as low incomes, poorly functioning and underfunded public systems, unrealized investment projects, Covid-19, high energy prices, insufficient economic growth.