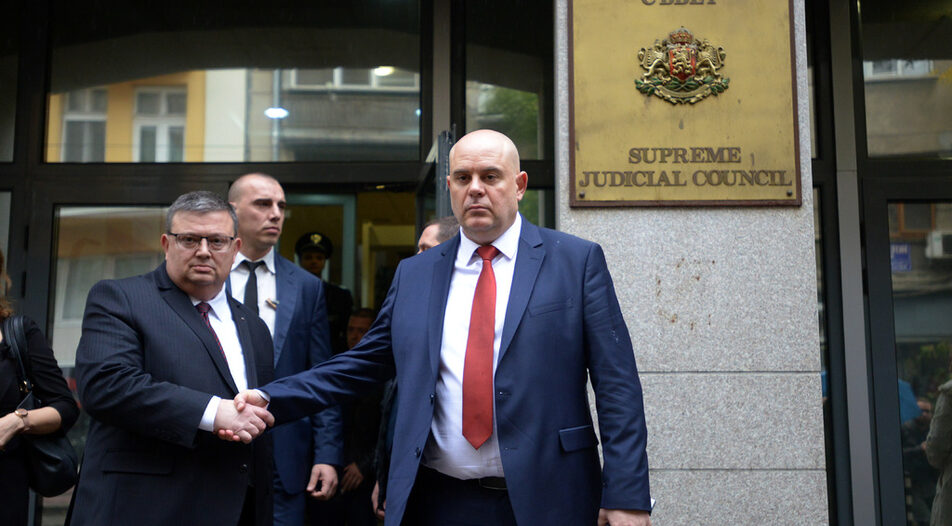 Getting rid of Geshev, Tsatsarov and the specialized courts: What’s up with the judicial reform

Getting rid of Geshev, Tsatsarov and the specialized courts: What’s up with the judicial reform

The need to reform the judiciary, and especially the State Prosecution, which in turn ought to result in a more effective fight against corruption, has been the central pillar of opposition to GERB's rule over the past decade.

The need to curb the influence of the Prosecutor General and establish a viable anti-corruption body - one that is not just used to target political opponents - has been repeatedly stressed by international watchdogs and European institutions.

So, what's new in this department since the new coalition took over a month ago? Surprisingly, quite a lot.
Advertising

Although a bit mixed, reform efforts are already bearing some fruit - Corruption Investigation Commission (CIAF) president and ex-head prosecutor Sotir Tsatsarov has already filed his resignation and the speaker of the cabinet Lena Borislavova promised that his institution would be reformed.

Secondly, the resignation of controversial Prosecutor General Ivan Geshev was also (finally) floated by the new Justice Minister. And, last but not least, so was the elimination of "specialized" court and prosecution services used to pressure political opponents and whitewash allies of the previous authorities.

The tide started to turn on 13 January when Mr Tsatsarov announced he was filing his resignation, effective from 1 March, after which he promised to make more extensive comments.

It emerged he had complaints on two fronts - the executive taking away his right to access sensitive information by the Secret Services and the announced plan to split CIAF into two - one agency that would focus on anti-corruption and a separate one focusing on sequestrations and illegal assets forfeiture.

During his mandate, CIAF mostly focused on the second part, with a lot of assets (mostly belonging to GERB's political opponents) frozen but hardly any prosecution of corrupt officials.

Just two days after this announcement, the MPs of the four ruling parties - WCC, TISP, BSP and Democratic Bulgaria published an unprecedented declaration calling for the resignation of Prosecutor General Ivan Geshev.

The absence of "effective investigation" and pursuit of the "general prosecutorial function", lack of "effectiveness in investigating corruption" specifically at high levels of government, and lack of "effective investigation or advancement of cases of high public interest" contrary to "explicit legal, professional and ethical standards" were among the reasons cited in the declaration. It builds upon the promises made by some of the parties even before the November elections and underlined in the coalition agreement they signed last December.

The beginning, not the end

From a legal standpoint, the declaration does not oblige Mr Geshev to resign, but it is still a strong expression of political will to reform the Prosecutor's Office. The goals of the reform, in turn, include establishing prosecutorial services more in line with European standards, effective fight against corruption and organized crime, freeing the institution from political and other unregulated influences, and ending all selectivity in its actions and abuse of power.

It clearly shows that, under its current leadership, the Prosecution cannot rely on the support of the legislative and executive authorities, as during GERB's decade of rule. The declaration is also a signpost for parliament's next steps towards real judicial reform.

"The purpose of the declaration was for the new political majority to express clearly its will to pursue the resignation of the Prosecutor General from the highest state tribune. The main focus of the ruling coalition is the fight for zero corruption, which cannot be achieved with Ivan Geshev at the head of the prosecutor's office," Petar Kulinski MP (WCC) told Capital.

Elimination of the specialized magistracy

No clear roadmap for reform currently exists or, for that matter, any clear plan how the current authorities would get rid of Mr Geshev if he refuses to quit voluntarily. But Cabinet Speaker Lena Borislavova, after a 18 January coalition council of the ruling parties, declared their aim was to dismantle the Specialized Prosecution and Court, and reform the CIAF.

The dismantling of the Specialized Magistracy ought to eliminate a stillborn system of prosecution and trials that never worked as had been intended - namely to properly target high-level corruption. Instead, over a decade, the system mostly invented scandals against its chosen opponents - prominent business people and, more rarely, oligarchs, who were put on trial for corruption - but almost never the politicians or bureaucrats they surely "corrupted".

Another aim was that magistrates working in the system would return to ordinary courts and prosecutorial services, with cases already launched following suit.

As for the CIAF, the reform plans seem to be targeting similar flows. The institution was created without a clear vision, but by mechanically combining a handful of inoperative anti-corruption institutions without analyzing their current effectiveness. It had a controversial modus operandi from the outset - the public arrest of a district mayor in Sofia was a show of force with dubious success. Apropos, it remains the agency's only "high level success" to date.

The idea of the new authorities is to divide the agency into two sections - one dedicated to investigation only, and another - to seizing illegally obtained assets. This is supposed to weaken the ability of CIAF to act like an oppressive instrument against political opponents of the current authorities by freezing their assets for long periods, but never actually properly putting them on trial.

The next few months will be a crucial litmus test of the new regime's willingness to reform the justice system in line with EU demands. A lot is at stake: from the success of Bulgaria's recent application in OECD, through the country's entry into the Schengen and Euro zones, to the very survival of the new government itself. They came with a promise for change and effective fight against corruption, right?

The need to reform the judiciary, and especially the State Prosecution, which in turn ought to result in a more effective fight against corruption, has been the central pillar of opposition to GERB's rule over the past decade.

The need to curb the influence of the Prosecutor General and establish a viable anti-corruption body - one that is not just used to target political opponents - has been repeatedly stressed by international watchdogs and European institutions.