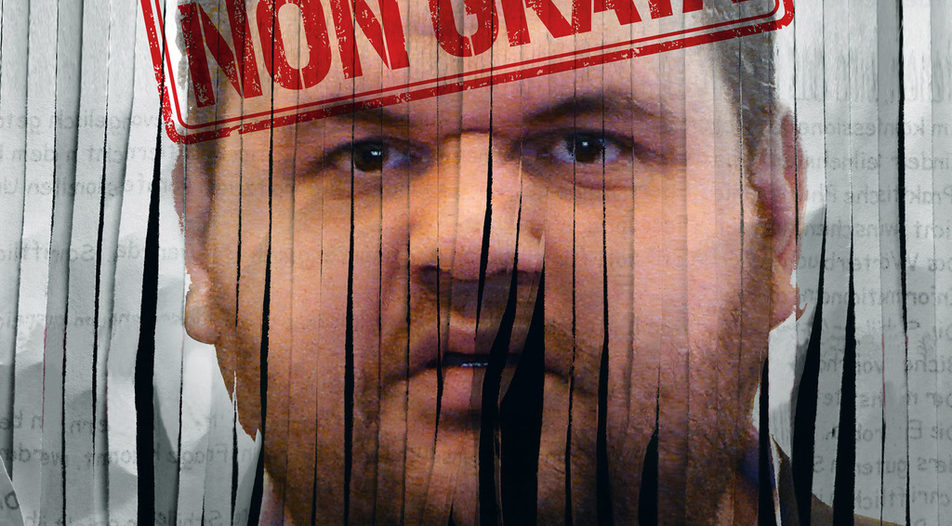 A slap from across the ocean: US sanctions Delyan Peevski, Vasil Bozhkov, and Ilko Zhelyazkov

A slap from across the ocean: US sanctions Delyan Peevski, Vasil Bozhkov, and Ilko Zhelyazkov

These actions represent the largest single act of sanctions in the history of the Magnitsky Act, targeting these three individuals and their networks encompassing 64 enterprises for "significant corruption"

The United States has imposed sanctions on oligarch and former MRF Member of Parliament Delyan Peevski, businessman Vasil Bozhkov, who is currently exiling in Dubai, and Ilko Zhelyazkov, the current deputy chairman of the Bureau for Control of Special Intelligence Means.

An official statement from the US Department of the Treasury announced that the three Bulgarians in question will be sanctioned under the Magnitsky Act. This means that the special unit for control of foreign assets will block the assets of companies affiliated with them - the designation lists 64 enterprises.

According to the US Treasury, this is the largest single action targeting corruption to date under the Magnitsky Act. The statement added that the three play a huge role in corruption in Bulgaria, as well as internationally through their extensive networks of contacts and businesses. Peevski, Bozhkov, and Zhelyazkov will now forfeit the right to travel to the United States and, more importantly, all their assets in the US are blocked, and the companies and assets related to them become persona non grata for all banks and companies who trade with US financial institutions or companies. Since most banks around the world have regular contact with the US financial system, this essentially means that their assets may be blocked worldwide.

In addition, sanctions were announced by the US State Department under Section 7031(c) of the regulations on anti-kleptocracy and human rights. This section duplicates the Magnitsky Act as a ban on entering the United States but it also affects the direct relatives of those sanctioned.

"The United States stands with all Bulgarians who strive to root out corruption by promoting accountability for corrupt officials who undermine the economic functions and democratic institutions of Bulgaria," said Andrea M. Gacki, director of the US Treasury's Office of Foreign Assets Control.

Who is Delyan Peevski?

Delyan Peevski was an MRF MP from 2009 up until this spring. Surprisingly, he did not enter the party's lists and consequently didn't make it into parliament in the April elections. His notoriety does not stem from his political career, however. Instead, it's his behind-the-scenes influence on the judiciary and his covert corporate holdings that set him apart.

Up until 2014, Peevski was in a form of cooperation with former banker Tsvetan Vassilev. With the help of Vassilev's now-bankrupt Corporate Commercial Bank (CCB) and the political shield he was afforded, Peevski managed to acquire significant assets like telecom BTC, Petrol, Bulgartabac, etc. The rift between Peevski and Vassilev over the holdings led to an attack on the bank and its subsequent closure. Later, his interests became apparent in the ensuing war over the assets of CCB.

Peevski controls a vast array of media and exerts considerable influence over the prosecution service. For the past decade, he has been the de facto "behind-the-scenes king" of the Bulgarian economy and political landscape. Unofficially, many public procurements and actions of institutions are decided based on his interests.

The United States statement cites his actions during the 2019 local elections, when "Peevski negotiated with politicians to provide them with political support and positive media coverage in return for receiving protection from criminal investigations".

Ilko Zhelyazkov is one of the lesser-known figures behind the scenes in Bulgaria. He is known by his nickname "Peevski's lieutenant" since he pushes his interests in various sectors. In 2018, Zhelyazkov became a member of the National Bureau for Control of Special Intelligence Means at the suggestion of the MRF. Now, amidst the storm of the wiretapping scandal, he continues his tenure there as deputy chairman of the bureau. In this sense, the US sanctions gain even more weight and show the "conquered" Bulgarian institutions.

In the energy sector, for example, Zhelyazkov reached a leadership position in state-owned Bulgarian Energy Holding. Insiders to the industry claimed that every important appointment in state-owned companies has to be vetted by Zhelyazkov and Peevski. This became apparent last year during the procedure for electing a new chairman of the Energy and Water Regulatory Commission. Then, the favorite for the post, and the candidate approved by GERB, Plamen Mladenovski, surprisingly withdrew. Several sources then confirmed that this was because he didn't get Peevski's approval.

According to the United States, as of 2019, Zhelyazkov was known for offering bribes to senior Bulgarian government officials who were expected to provide information to him for onward passage to Peevski. In return, Zhelyazkov made sure that those who accepted his proposal were appointed to influential positions and provided a monthly bribe.

Peevski used Zhelyazkov to carry out a bribery scheme affecting Bulgarian residency documents for foreign nationals, as well as to bribe civil servants through various means in exchange for information and loyalty on their part. Since the beginning of 2018, these two individuals have run a scheme for the sale of Bulgarian residency documents whereby company representatives purportedly paid bribes to Bulgarian officials to ensure their clients received citizenship documents immediately rather than making the $500,000 deposit or waiting the five years for a legitimate request to be processed.

For decades, Vassil Bojkov ran a gambling empire akin to a monopoly in Bulgaria. His strong position in the sector was secured by various state structures, which in recent years have saved him hundreds of millions of levs in taxes to the state budget.

At the beginning of last year, the authorities suddenly attacked him, levied him with 18 charges, including leading an organized crime group, coercion, and attempted bribery of an official. Bojkov fled to Dubai and began to talk about his interactions with politicians from GERB and Delyan Peevski, but provided no evidence.

He then formed a political party - Bulgarian Summer - but didn't manage to gather enough votes to enter parliament in the April elections. Now the Bulgarian Summer party is also under US sanctions.

The Magnitsky act is akin to a "business death". Sanctions basically put all the assets and companies of those people under restriction - they might not be based in the US, but banks around the world usually work with American counterparts which makes them extremely cautious when dealing with sanctioned individuals.

They also become "toxic" for any other private company to work with, as well as any institution in the EU or other parts of the world.

Yet, in practice, unless the Bulgarian institutions finally pick up the evidence cited by the US and start investigating, Peevski will still remain "untouchable" on Bulgarian territory.

Far more important, however, are the political repercussions of the announcement. Peevski has been the unofficial partner of multiple GERB governments and "behind-the-scenes" mastermind in many institutions. This slap in the face adds to the downfall of GERB and Boyko Borissov just before the coming elections. The US could hardly have given a clearer sign where its sympathies lie. This leaves Borissov without yet another ally.

Significantly, Borissov visited the US ambassador's residence right after the announcement and in the ensuing press conference tried to distance himself from the announcement. Borissov claimed he only knew of Peevski in his capacity as an MP. "I know nothing more of him and I want to know nothing more." As prime minister for the last 12 years, Borissov's claim not to recognize the most salient "agent of significant corruption" as the US has put it, is no longer a feasible defense.

The United States has imposed sanctions on oligarch and former MRF Member of Parliament Delyan Peevski, businessman Vasil Bozhkov, who is currently exiling in Dubai, and Ilko Zhelyazkov, the current deputy chairman of the Bureau for Control of Special Intelligence Means.

An official statement from the US Department of the Treasury announced that the three Bulgarians in question will be sanctioned under the Magnitsky Act. This means that the special unit for control of foreign assets will block the assets of companies affiliated with them - the designation lists 64 enterprises.