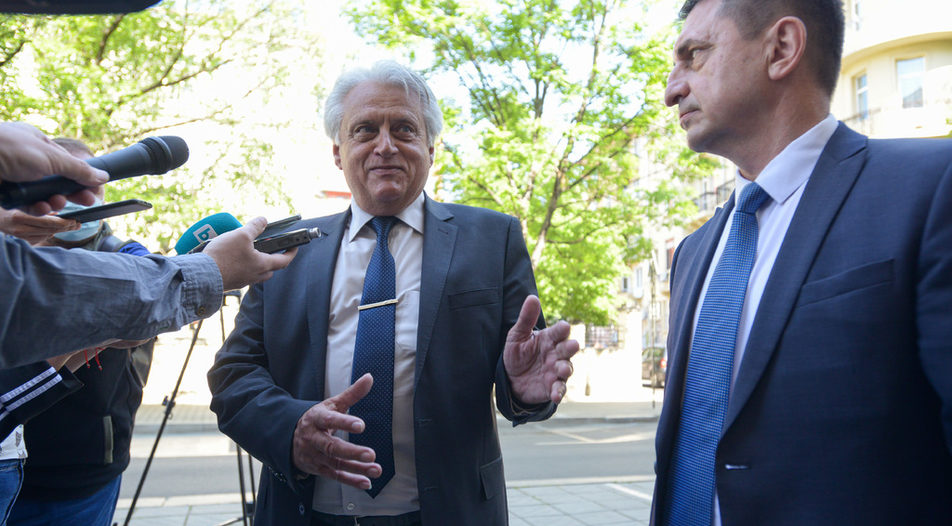 The dismantling of Borissov’s state has begun

The dismantling of Borissov’s state has begun

Although it has only been in power for a mere week, the caretaker government of Prime Minister Stefan Yanev has already shaken up the GERB-dominated status-quo in public administration. Key political appointees in ministries, state agencies and companies have been replaced by new - albeit sometimes controversial - faces. And some ministers have highlighted certain issues that were once a no-go zone for anyone in high office.

Meanwhile, GERB's most prominent figureheads continue their almost incessant tour of the three major national TV channels, where they cry "revanchism" and blame President Rumen Radev. There is one exception - ex-Prime Minister Boyko Borissov, who has gone suspiciously silent after a long spree of daily Facebook Live "briefings" on various topics over the past month-and-a-half.

Castling of the (police) officers

The first minister to make a record-breaking series of changes on his very first day in office was the head of the Internal Ministry Boyko Rashkov. He substituted his deputies Milko Berner, Stefan Balabanov and Mihail Zlatanov with Encho Mirchev, Emil Ganchev and Ventsislav Katinov, respectively.

Boyko Slavtchev, the administrative secretary of the institution, was also laid off, causing pro-GERB media to connect the move to the fact Mr Slavtchev had been acting as a witness in a corruption investigation. In February, OLAF - the European Anti-Fraud Office - filed a request with the Bulgarian authorities to charge officials in the Ministry of Interior regarding the procurement of off-road vehicles for the needs of border security that incurred damages to the EU budget amounting to 6 mln. Euros. Asked by bTV about the potential connection, Mr Rashkov said nonchalantly that the witness would now be "more available than ever" to testify before investigators.

The head of the Police Inspectorate, and the General Secretary of the institution, Nickolay Geshev and Ivaylo Ivanov respectively, were the next dismissals. Formally Mr Geshev was let go because he had reached retirement age, but both also stand accused of failing to investigate incidents of police violence from Sofia's summer of 2020 protests.

Changes in the finance domain

Next came changes made by caretaker Minister of Finance Assen Vassilev, which raised a few eyebrows - for various reasons. He replaced the head of the National Revenue Agency (NRA) Galya Dimitrova with Rumen Spetsov - a tax expert with over 10 years' experience in the system with a focus on tax policy and legislation, and the protection of national security. He is also an expert in the analysis and investigation of tax fraud. Oh, and he was an ex-bodybuilder, which took social media by storm. He relieved Ms Dimitrova of her post due to her "systematic non-fulfilment of official duties," Mr Vassilev said, adding that he was surprised why she had kept her job given the notorious data leak of NRA in 2019 which exposed personal data of millions of Bulgarian taxpayers.

Yet, Mr Spetsov's bodybuilding past was quickly overshadowed by another issue in his biography - the investigative website bird.bg discovered that he has owned stakes in a company that was sold to a straw man and later accumulated a 0,5 million euro debt to the state. Although the NRA published Mr Spetsov's version of events (he sold his stake in the company before it incurred the debt), doubts still remain about this appointment. The same applies to the Oresharski-era head of the Customs' Agency who got his job back under Mr Vassilev.

In just a week, ministers from the caretaker government have openly pointed out long-running problems of governance and made important personnel changes

Mr Vassilev's colleague Kiril Petkov also made some interesting and eye-catching changes. First, he dismissed the director of the Invest Bulgaria Agency Dessislava Trifonovova, who immediately complained of "revanchism" on a tour of major TV studios. It turned out that she was appointed by Mr Petkov's predecessor Lachezar Borissov without any competition, because "the law does not require it," as she conceded. She also admitted that not a single foreign investment had transpired during her term, triggering debate about the usefulness of her agency in the first place.

Her story, however, did not end there. It turned out she was not simply appointed head of the Investment agency, but was in fact "posted" there from her position of senior expert in the Agricultural fund, part of the Ministry of Agriculture. According to Capital weekly sources in the fund, her career received a boost from her brother Mario Trifonov who is a head of directorate in the National Security Agency. Both are the children of Judge Tsvetancho Trifonov, famous for heading the regional courts in Knezha and Kozloduy without ever having worked as a magistrate before.

This is not the only entrenchment in positions in the administration by GERB cadres to be exposed in the last couple of days. In the interview for bTV mentioned above, Internal Minister Boyko Rashkov complained that all heads of security agencies had been granted some form of leave of absence until September this year by Boyko Borissov, which ties the hands of the current administration to work with them - or dismiss them. "The Bulgarian security services practically committed self-decapitation," Mr Rashkov said, adding that this compromises state security.

A similar story was told by Economy Minister Kiril Petkov, who said that the state had used an administrative tool to block potential dismissals of the overseeing board of the Bulgarian Development Bank (BDB) for three months, which practically stops a caretaker government from laying off ineffective board members.

Most notably, Mr Petkov told bTV in his first public appearance on Sunday that BDB, which by law should help small and medium-sized businesses, has granted loans of €500m to only 8 private companies, all of which are connected directly or indirectly to oligarchs like media mogul and MRF politician Delyan Peevski, construction and garbage disposal mogul Rumen Gaytanski - "the Wolf" and criminal boss Mladen Mihalev - Madzho.

All this information has long been in the public domain after investigations by Capital weekly and other media (you can read more in the Kapital Insight pieces adapted from Bulgarian). The Bulgarian Development Bank was established with the noble purpose of giving small and medium-sized businesses access to finance to help them grow. Instead, in recent years, it has gradually shifted towards supporting oligarchs close to the government. Yet, it is unprecedented and emboldening that an acting member of government has opened up about the grand corruption accompanying it.

If its first week in office is any guide, the next three months of caretaker rule will make fascinating viewing. Making key personnel changes is a double-edged sword that might help dislodge GERB from positions of authority that they have occupied over the past decade, but might also backfire (as in the case with the customs and tax agency appointments), providing the outgoing party of Mr Borissov with arguments not only for revanchism, but for replicating the model of problematic appointments. Yet, one thing cannot be denied - in the seven days since the Yanev government assumed power, there has been more politics than in the four years preceding it.

Although it has only been in power for a mere week, the caretaker government of Prime Minister Stefan Yanev has already shaken up the GERB-dominated status-quo in public administration. Key political appointees in ministries, state agencies and companies have been replaced by new - albeit sometimes controversial - faces. And some ministers have highlighted certain issues that were once a no-go zone for anyone in high office.

Meanwhile, GERB's most prominent figureheads continue their almost incessant tour of the three major national TV channels, where they cry "revanchism" and blame President Rumen Radev. There is one exception - ex-Prime Minister Boyko Borissov, who has gone suspiciously silent after a long spree of daily Facebook Live "briefings" on various topics over the past month-and-a-half.