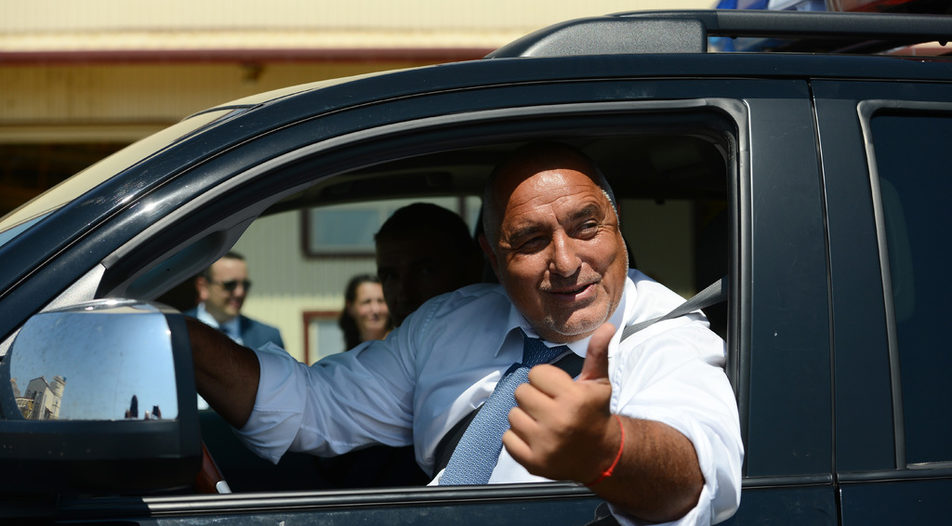 Parliamentary elections 2021: Everything you need to know before the vote

Prime Minister Boyko Borissov did not face his opponents or engage in any debate during the campaign, choosing to directly communicate with his voters from his eponymous jeep

Parliamentary elections 2021: Everything you need to know before the vote

Prime Minister Boyko Borissov did not face his opponents or engage in any debate during the campaign, choosing to directly communicate with his voters from his eponymous jeep

Read Kapital Insights' selection of stories about the upcoming election, including:

You would have thought that the 4 April National Assembly elections would at least have been interesting. Given the background of overstretched hospitals and a poorly handled Covid-19 pandemic, recent anti-corruption protests, dozens of public scandals involving the highest echelons of power etc., etc. this would be a reasonable assumption. You'd expect epic debates among party leaders, a forensic cross-examination of the Prime Minister or, at the very least, a lively exchange of ideas Nothing like this happened.

The 2021 hustings have been the blandest, most uneventful and unimaginative of modern times. The campaign, if it could be described as such, was just a series of monologues by parties trying to galvanize their core voters (for the status quo factions) or the protest vote (if they were new contenders). Most parties presented their manifestos a mere month before the elections. And some - MRF being the prime example - didn't even bother to write up their own.

Everyone knows that none of this makes any difference anymore. Echo chambers on social media were sealed off some time ago, and the minds of supporters (and the beneficiaries) of all parties already decided. The big question is whether the ruling GERB-nationalist coalition will get enough votes to cling to power. All other roads lead to another election in the autumn, and this will be an entirely different game - so why bother planning ahead for it?

Most of the campaign was over social media, with mainstream TV channels sidelined due to the debate formats they chose. This was partially due to the way TV stations divided contenders into two camps - the mainstream parties from the current parliament were mostly debating between themselves, while newcomers were allocated separate slots.

More importantly, however, large TV channels failed to bring about a head-to-head debate involving the main party leaders. Prime Minister Boyko Borissov, leader of ruling GERB, chose to only appear on Facebook Live videos from "inspections" of all that he and his party claim to have built or renovated - highways, country roads, factories and school gyms. No one ever sanctioned him even though throughout the campaign he mixed up his duties as Prime Minister with his role as a party leader. He never gave an interview or answered reporters' questions. Instead, he bashed his abstractly named "political opponents" from the mobile phone of his PR Sevdalina Arnaudova.

He was not alone in choosing this strategy. Showman and leader of the There is Such a People party. Slavi Trifonov, openly vowed not to give interviews or attend any pre-election debates. He is an anti-establishment figure, so why bother responding to anyone from the status quo, when he has his own ⅞ TV? In all fairness, he at least answered some questions from voters over a Facebook Live broadcast, but this is far from a probing interview with a critical journalist who could ask follow-up questions.

Nationalist parties from the current parliament chose a different tactic. They attended TV studios, but only to give diatribes or twist the debate in ridiculous directions. For example, an acolyte of Vesselin Mareshki (Volya, or "Will" party) answered a question about N. Macedonian-Bulgarian relations by referring to her boss lowering the price of medicine and gas. And Ataka leader Volen Siderov entered a Covid-19 debate claiming that the virus is fake.

VMRO, which received far more airtime than was due for a party of its size, preferred to give sermons or only send their leader, Krassimir Karakachanov, to one-to-one discussions, where he could blabber away about the anti-Bulgarianism in N. Macedonia or his successes in rearming the Bulgarian army.

The result was a complete breakdown of proper public debate. It will likely lead to a fractured parliament with most parties refusing to enter a coalition government with most of the other factions. So maybe another election is on the cards later this year.

That is, if the election result is not challenged in the first place by several parties, which is becoming increasingly feasible. Over 130,000 sick and quarantined people will likely be unable to vote due to the out-of-control spread of Covid-19 and a shortage of volunteers at mobile polling sections.

Also some voters may not even cast their ballot because they are scared of the virus. This might lower the turnout rate to below 45 percent, creating the possibility that some parties will contest the election's legitimacy. Even GERB's very own Tomislav Donchev complained that there were problems with the protocols that polling committees would have to fill, paving the way for "chaos and a deep constitutional crisis."

Prepare for another election later in the year

Most observers and sociologists expect a short-lived parliament full of many new parties that refuse to talk to the "big players" or even to each other. In such circumstances no cabinet would be formed easily. "The situation is very complicated. If there is a cabinet, it should be formed around one of the two big political factions, GERB or BSP. There is no other option. But see how Trifonov and Democratic Bulgaria have indicated that they would not join a coalition with any of these two parties. This makes the after-election puzzle almost impossible to solve," Trend agency sociologist Dimitar Ganev told ClubZ magazine.

This automatically means an early vote in the autumn - probably just before the Presidential elections. And new question marks for the country until then.

Read Kapital Insights' selection of stories about the upcoming election, including: