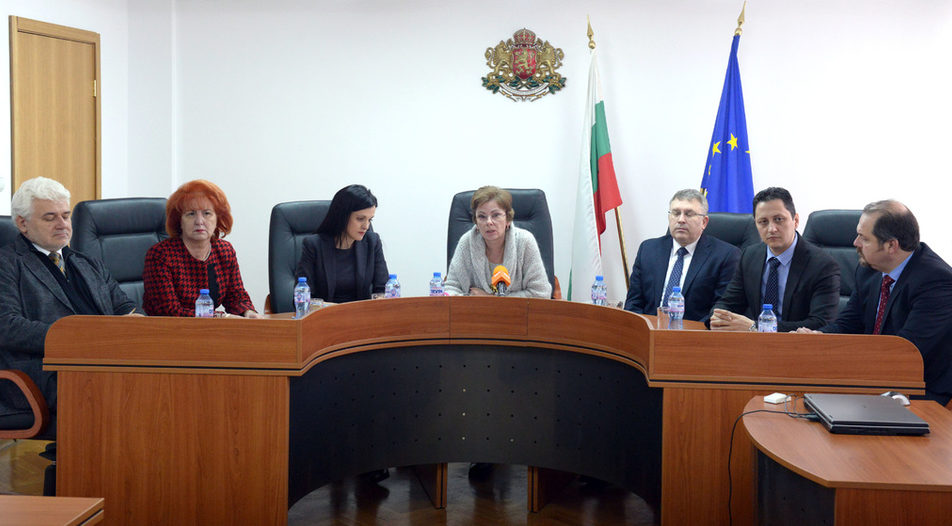 Domestic and foreign observers frequently describe Bulgaria as a "captured state," whereby various politico-economic interests privatize elements of the state apparatus and use it for self-advancement. Decisions are made in the dark, by seemingly dispassionate institutions, but somehow the result always benefits the wealthy and well-connected.

In the run-up to important national elections, the way state capture works becomes all too clear.

In the space of two months before the elections, people close to the current power-circle have become entrenched in many key institutions or state entities. This happened through parliament-mandated changes in the terms, or sudden new formal competitions for managerial positions.

Advertising
In Bulgarian, these supposedly independent regulators and state companies - including media - have been christened "batons," for they are not promoting public interest but are used by the status quo to smash their competitors.

Those changes ensure that it will be very hard for any new government to dispense with old players and habits in fields such as public regulation, energy or transport.

In one of the most important steps, MPs in Parliament ushered legislative changes to prolong the mandate of members of key bodies and make them harder to dismiss, as with the case of the Commission for the protection of competition (CPC).

Ironically, the CPC has become known amongst business circles as the Commission for the protection from competition. Under ex-GERB deputy mayor of Sofia Julia Nenkova, mother of a GERB MP, the institution has gained notoriety for catering to the whims of those in power rather than the needs of business and citizens.

A good example is when the CPC started investigating a cartel in the fuel sector, only to stop midway and ignore all irregularities within the gasoline and diesel markets. Or how it prohibited the acquisition of the assets of Czech energy group CEZ in Bulgaria and of Nova Broadcasting Group by Czech businessman Petr Kellner in early 2018, only to allow it - under identical conditions - by government-friendly Bulgarian businessman Kiril Domuschiev. The "sudden" inspection of the Hippoland toy manufacturer - after its owner officially endorsed the 2020 protests - was also headed by the CPC.

European funding, and its method of delivery, has spearheaded most of the corruption over the past decade in Bulgaria. Since the CPC is the first recourse in all claims against rigged procurement procedures, it is vital for the maintenance of the status quo. Hence, after rushing through legislative changes nominally linked to an EU directive, Parliament extended the term of office of members of the competition watchdog from five to seven years. In this way it practically extended the mandates of the current appointees by 2,5 years. What is more, under a proclaimed strengthening of the institution's independence, its members cannot be released from duty for incorrect application of the law - basically giving them immunity.

Two of the most important sectors with state-owned enterprises were also kept tightly under control with formal competitions. According to a new law, all managerial positions in such entities were supposed to be open for competition.

So the Transport ministry, as well as the Bulgarian energy holding, announced a series of such competitions - only to end up with the same names at the helm.

A similar fate looks likely to befall the Energy sector, where the government announced plans to soon appoint (or re-appoint) directors and members of the managing boards of the country's largest power plants and energy companies. These include the Kozloduy Nuclear power plant, Bulgartransgaz and Bulgargaz gas transport and distribution companies, the National Electrical Company, Maritza-East coal mining company, TPP Maritza-East 2 and the Electricity System Operator which will all get new board members. The Bulgarian Energy Holding, which is the umbrella company of all the aforementioned state firms, will also get new board members.

The same for the media

A similar strategy applies to state-run media. A proposal is now being rushed through the Parliament to prolong the tenures of directors of the national media - the Bulgarian National Television and Radio (BNT and BNR). The idea is to extend them from three to five years. This, especially in BNT, would perpetuate the rule of Emil Koshlukov, a controversial journalist linked to both the far-right Ataka party and the MRF.

Under his guidance, the national TV has faced a series of scandals, including a poor choice of hosts, dropping shows that are critical of the government, and generally following a pro-government line.

There is little time to turn this into a law, however, and this Parliament might fail to do so before the elections.

Appointing cronies rather than independent experts as the public sector's decision-makers is nothing new, or sudden, of course. Traditionally, all new governments change board members, presidents or executives in the companies highlighted.

Yet GERB is manoeuvring to ensure this won't happen in the near future for some of the most important regulators and companies.

All this matters for several good reasons. It shows how rules are twisted so that the status quo powers get the "right" outcome. It is also an insurance that these same business interests will bet on the current players for the upcoming vote.

"Make fuss about how I send the FSC (Financial Supervision Commission) into Eurohold to beat his face to a pulp because he does not respect me," a voice similar to Prime Minister Boyko Borissov's said in a leaked recording from last year, probably talking about the director of Eurohold Bulgaria, Assen Assenov. The holding wanted to purchase the Bulgarian business of Czech energy conglomerate CEZ, just to be dragged down for over a year when this recording appeared, showcasing how seemingly independent regulators like the FSC are meddling in business deals that are not approved by those in power.

In Bulgarian, these institutions have been christened as "batons," for they are not promoting public interest but are used by the status quo to "smash" their competitors. Whoever succeeds Borissov must dismantle this model as a matter of urgency.

The energy regulator: a question mark

A big question mark hangs over the selection of a new management for the energy and water regulator, KEVR, as the current director Ivan Ivanov still holds the position almost a year after his mandate had expired. Last year, just as the anti-government protests were underway, he was supposed to be replaced by energy expert Plamen Mladenovski, who withdrew his nomination. The reason, according to three Capital weekly sources, was that he refused to meet MRF politician and oligarch Delyan Peevski.

The future of the energy regulator is important far beyond the sector. It is the organ that dictates electricity prices for clients and companies alike, licenses (and de-licenses) companies, as well as approving investments and loans by the companies in the energy field. On top of that, at a moment when the EU Green deal would focus on energy restructuring, controlling the regulator is of utter importance for the MRF and GERB, which hold serious interests in the sector.

Domestic and foreign observers frequently describe Bulgaria as a "captured state," whereby various politico-economic interests privatize elements of the state apparatus and use it for self-advancement. Decisions are made in the dark, by seemingly dispassionate institutions, but somehow the result always benefits the wealthy and well-connected.

In the run-up to important national elections, the way state capture works becomes all too clear.