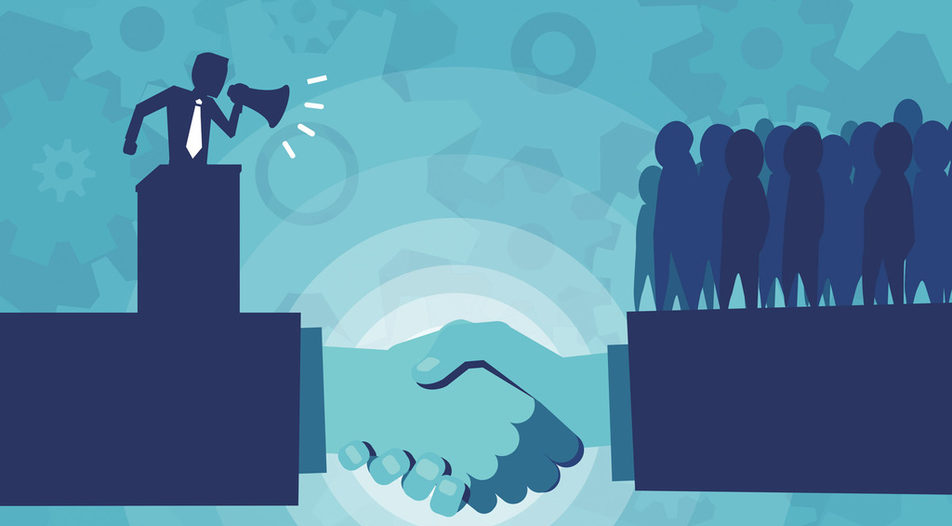 Promises, promises: How will Bulgaria look like according to the economic programs of the parties

Bulgarian voters rarely expect the main parties to keep their economic promises, but we still have to examine their programs as they are a clear indicator of their vision of future economic governance.

Promises, promises: How will Bulgaria look like according to the economic programs of the parties

The main parties’ pledges in the fields of taxation, finance, pensions, energy and business development policy

Bulgarian voters rarely expect the main parties to keep their economic promises, but we still have to examine their programs as they are a clear indicator of their vision of future economic governance.

Bulgarian parties are not exactly celebrated for successfully drawing up and implementing economic programs, as various indicators for growth clearly show. Instead of laying out detailed plans well in advance (most parties published their governing programs less than a month before the upcoming 4 April vote), they prefer sweeping promises about galloping growth, boosting salaries and pensions, and more support for business etc.

Very often, these promises are mutually exclusive or simply defy economic realities. This is especially true in the current epidemic environment, hence politicians have become even more creative in their pledges.

Voters may have become cynical about the main parties' economic wish list but their promises still carry some weight. They might not be scrupulously adhered to, but they at least indicate the future direction of economic governance. This is important because Bulgaria will benefit from over 25 billion euro of EU subsidies for Covid recovery and green transformation.

Below, you can find the key components of the four largest parties' economic programs, bar the Turkish MRF's, which has not yet published its own, in the fields of taxation, budgetary policy, income and pensions, energy policy and business development policy.

Over the past decade state finances have been governed in a conservative, but largely non-transparent manner. The governing majority has generally orchestrated state finances so that there would be limited spending at the start of the year. The ensuing large surplus was then redistributed among "state champion" construction companies or municipalities without the legislature's scrutiny at each year's end.

But the sudden increase in pensions and public sector salaries, combined with the overall hit from the pandemic, means that there will be no budget surplus at the end of 2021. Whoever is in power this autumn will not have much space for fiscal maneuver.

Against this background, all major parties - except GERB - are toying with introducing a basic allowance for income tax while keeping the flat tax rate of 10 percent in order to alleviate the tax burden. The Socialist BSP wants both a basic allowance (the first 250 euro earned by members of a working family ought not to be taxed), but also progressive taxation for income over 1,800 euro per month, without specifying the rate. They also propose more tax on dividends and liquidation surpluses, which might harm the foreign investment environment.

On the other hand, Democratic Bulgaria and There is such people (TSP) propose decreasing the tax wedge on labor; the former call for SMEs to be exempt from paying social security contributions for employees until the end of the year and the latter wants more general lowering of social security payments by up to 3 percent in the long run. Democratic Bulgaria also aims at eliminating VAT on some basic necessities such as baby food and books.

All parties are promising some form of tax decentralization to allow municipalities to control their finances better. But such promises had been made for decades to no avail. Also, most parties plan some sort of tax deduction programs for companies investing in less-developed regions.

This is the domain of extravagant promises, and understandably so. Thirty years after the transition from a totalitarian, planned economy to democracy and the free market, Bulgaria is the EU's poorest member state; it has a nominal GDP per capita of 8,800 euro, or 53 percent of the EU average. In comparison, Romania, which had a lower starting point compared to Sofia before joining the union in 2007, is now at 70 percent of EU's average GDP per capita rates.

So each side strives to outdo the other in promising fast growing income and pensions. GERB promises a 500 euro minimum wage and 1000 euro average wage by 2025, when the country ought to have reached 100 billion euro overall GDP. To put this in perspective, the minimum wage is currently 325 euro, the average wage is 780 euro and crisis-ridden 2020 ended up with GDP of around 59 billion euro. And while the government can increase the minimum wage centrally (with all the benefits and distortions this would create), promising average salaries in a market economy is still unrealistic.

Nevertheless, all political forces have made wild pledges about average salaries. Democratic Bulgaria has set the bar higher than GERB - at 1200 euro and average pensions at 500 euro at the end of this decade, for example. BSP promises a reevaluation of pensions based on the average contribution basis as of 2017. TSP pledges to gradually equalize pension contributions rates between the private and the state pillar (current rates favor the state pillar) when the private pillar reaches 3 percent profitability. The party also promises "providing a living minimum support" in the form of vouchers for retirees who earn less than 70 percent of the state minimum wage. GERB also wants to incentivize private pension insurance.

The ruling party also promises to create an employment and requalification fund, which might lead to an increase in unemployment contributions for employees, or businesses. At the same time, it proposes to lower unemployment benefits after the fourth month on the dole.

All manifestos contain ideas to supposedly improve the business environment and lure new companies. They range from altering the way the administration works, through education in the context of the labor market, to regulations for business and its modernization.

All programs also have special sections with ideas to encourage investment. Naturally, the opposition parties have the advantage because after more than a decade in power GERB needs to explain why it hasn't yet delivered.

While the ruling party mostly focuses on policies funded by the EU (creating a network of strategic industrial parks, for example), Democratic Bulgaria's proposals center on providing liquidity support to SMEs, which were hit hardest by the crisis. BSP, on the other hand, proposes centralization of the tourism industry and termination on the concession of beaches, as well as "startup visas," creating state guarantees against the risk that the state might change legislation and harm investors' interests.

Last, but not least, is probably the most important (and difficult) sector of the economy, the energy field. In the coming decade its development will be even more vital due to the influx of EU funds from the so-called Green deal. Unfortunately, there seems to be little impetus for fundamental reform and modernization of the sector and GERB has instead focused on megaprojects with dubious benefits.

GERB's main pledge is to make the country a "Balkan energy hub," but in reality this is unlikely because all Bulgaria's neighbors are far ahead in terms of energy projects. This is exactly what Democratic Bulgaria and the BSP point out. TSB is reluctant to comment on GERB's overall legacy in the sector, but insists on preserving the role of nuclear energy in the national energy mix. This is also part of BSP's priorities list and is exactly the opposite of what Democratic Bulgaria aims for. The latter party asks for the immediate termination of all mega-projects, including the seventh reactor of Kozloduy Nuclear Power Plant (NPP) and Belene NPP. On the issue of a new nuclear power plant, GERB is keeping it simple: "We will continue to look for an optimal solution for the construction of a new nuclear power plant."

All parties mention the transformation of the coal regions and especially the Maritza-East complex, but give little detail beyond the deadline for when they think the transformation of the coal power plants ought to happen (2030 for TSP and 2035 for Democratic Bulgaria.) GERB and BSP refrain from commitments, but only talk about developing and implementing a national strategy for conversion of coal regions into high-tech industrial zones, without their workers suffering from the transformation. All parties promise greater stimulus for investing in renewables, especially by SMEs and individual users.

To sum up, most parties are generous when it comes to promises - but have a problem backing them up with a clear plan and a cost-benefit analysis. They ought also to be taken with a pinch of salt, as no single party will likely be able to form a government and will have to consider a coalition post-election. It is very likely, however, that in a more fractured, populist parliament all economic policies - bar the flat tax - would be on the table.

Bulgarian parties are not exactly celebrated for successfully drawing up and implementing economic programs, as various indicators for growth clearly show. Instead of laying out detailed plans well in advance (most parties published their governing programs less than a month before the upcoming 4 April vote), they prefer sweeping promises about galloping growth, boosting salaries and pensions, and more support for business etc.

Very often, these promises are mutually exclusive or simply defy economic realities. This is especially true in the current epidemic environment, hence politicians have become even more creative in their pledges. 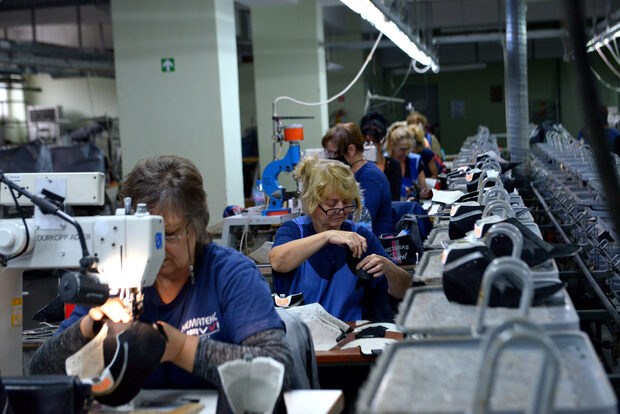 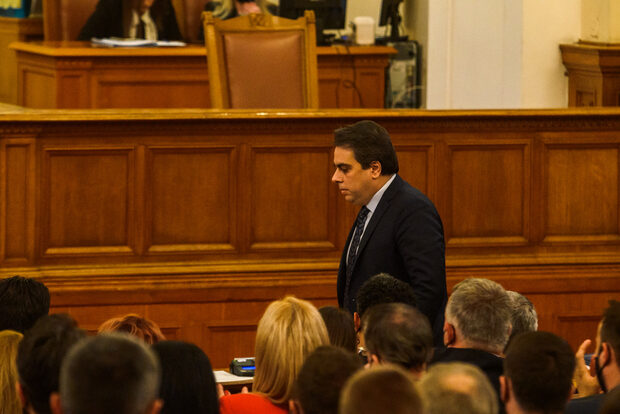 The Recovery and Resilience Plan - where does Bulgaria currently stand? 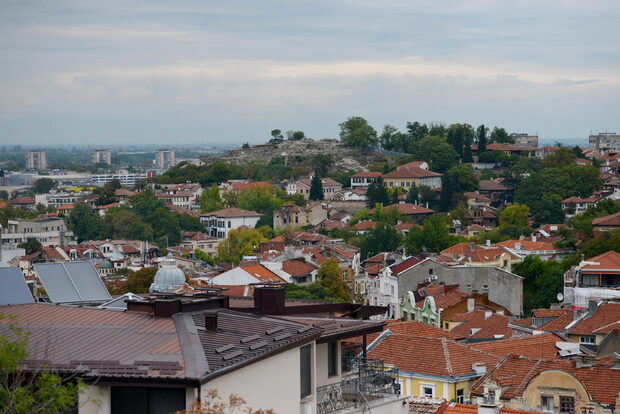 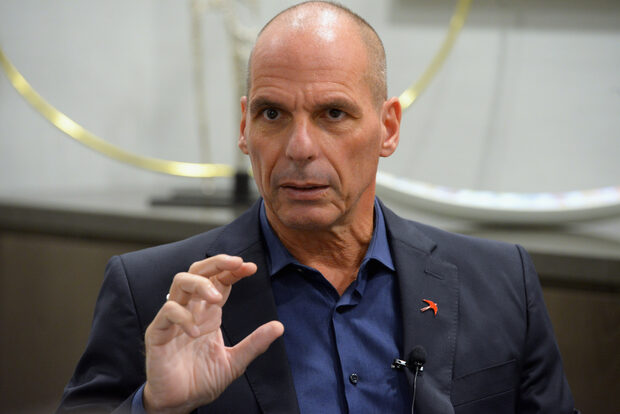 Yanis Varoufakis: Bulgaria's entry into the eurozone would be a mistake