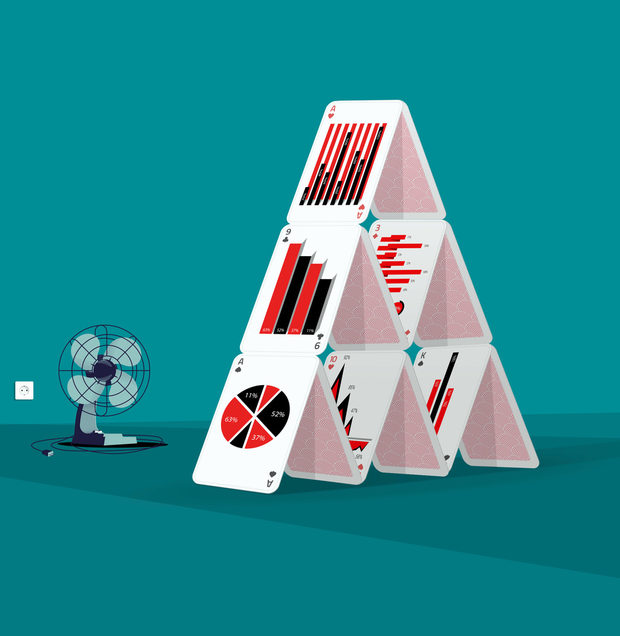 Who are Bulgarian pollsters and are they getting it right?

Bulgarian sociology is as influential as media, and also receives as much political pressure

Who are Bulgarian pollsters and are they getting it right?

With elections imminent, here are the sociology agencies to heed

Bulgarian sociology is as influential as media, and also receives as much political pressure

Like journalism, sociology in Bulgaria is a relatively new phenomenon that emerged in the past 30 years of post-totalitarian transition. Most current reputed polling agencies were founded in the late 1990s or 2000s, with many losing credibility along the way.

There is another similarity between the two. Politicians from various parties have consistently tried to influence polling agencies, and through them - electoral attitudes, because sociology, just as media, is key to forming and guiding public opinion. This is true all year around, but becomes even more striking during a heated pre-election battle.

This raises a difficult question for those who have not followed Bulgarian politics regularly or long enough. Which pollsters, if any, can be trusted to make a reasonably accurate prognosis of the election result? And more generally, if you are not especially interested in politics, which pollsters should you trust for other issues - from market research to social attitudes?

Before we examine the Bulgarian specifics, it's worth exploring a few overriding principles applicable to electoral surveys worldwide. First and foremost, it matters which agency does the polling. Does it have a good name in the sector, is it quoted often and recognized and repeatedly hired to do surveys by parties and media? "Of course, it is not impossible for a famous agency to partially manipulate results through the sample or the way a question is framed, but the reputational risk generally is not worth it," Alexei Pamporov from the Bulgarian Academy of Sciences told Capital weekly.

Secondly, it is important who ordered, and paid for, the survey. Dubious agencies frequently claim a survey is "self-funded," but if you find that - excluding other costs - hiring surveyors to carry out 1,000+ interviews for a representative study costs 5-6,000 euro, then this ought to raise a red flag. More often, however, parties fund surveys covertly through advertisements paid to media outlets that later hire an agency, according to Mr Pamporov.

Last, but not least, there is the survey's methodology. Has an agency interviewed at least 1,000, or - at best - 1,500-1,600 people for a representative study? Have those surveyed been well selected to represent the age, gender, residency etc. of the general populace? Have interviewers visited homes during workdays? (This would mean a disproportionate number of retirees responding). For a side observer all of this is very hard to judge, but bearing this in mind is important.

Not a precise science

Another element of sociology that is generally misunderstood by the media first, and then by the audience, is the purpose of a survey. "The feeling that sociologists get it wrong comes from the fact that surveys are based on the probability theory and there is always a likelihood of a 2,5-3 percent mistake," Mr Pamporov goes on.

For example, if we average recent results from several different studies of the two leading parties - GERB and BSP, we see that the ruling party is expected to win 27,1 % of the vote, while its main opponent - 23,1 %. Yet, when we include the probability intervals for 1,000 surveyed (2,7 %), this means that, in fact, pollsters would have gotten it right if GERB wins as much as 29,9 % of the vote in the end, or as little as 24,4 %. For BSP, the confidence interval means that the party can get between 20,5 and 25,7% of the vote for pollsters to have gotten it right.

We should also not forget that a fifth of voters are undecided until polling day and nobody can predict who they will support, even if they follow all the basic rules described above.

Then comes the vote from abroad that rarely follows the patterns of the domestic vote - some parties such as MRF and Democratic Bulgaria (or its predecessors) capture a bigger share of the vote due to their reliance on ethnic Turks and Bulgarians living in the West, respectively, This means about 120,000 additional votes are uncertain.

This is the legitimate part of the unsolvable equation. There is a darker part: the corporate and controlled voting (estimated to be between 200-350,000 votes), which is hard to predict and goes to various different parties. So you are left with around 30 percent of the vote that is practically unpredictable even for scrupulously honest agencies.

Whom not to trust

After all of these caveats, which pollsters ought to be trusted and which discounted? There are a few notoriously unreliable agencies (that get disproportionately quoted in pro-government media) and a number of established ones that are mostly accurate. By examining trends from the past Presidential (2016) and Parliament (2017) elections, we can make a summary of these general patterns.

Firstly, it is safe to say - based on data and information available in the public domain - don't trust Barometer. The agency is linked to a businessman who co-manages a company with Carlos Contrera, a VMRO Sofia City councilor, has no employees and only "surveys" just before elections - and always in favor of VMRO or the coalition of which it is a part.

Another questionable agency is the Center for Analysis and Marketing, which only gets active around elections and is only quoted by the popular pro-governmental tabloid Pik.bg.

And whom to trust...with caveats

The list of reliable agencies is longer, yet some of them often favor a particular party. For example, AFIS, which is owned by a member of BSP's Standing Committee Yuri Aslanov, often overestimates the results of the socialists and underestimates GERB's results.

Trend, which generally has one of the closest predictions of the vote, tends to overestimate GERB and VMRO to the detriment of the newer protest parties of Slavi Trifonov and Maya Manolova.

But if we bear in mind our caveats and we take scores with a pinch of salt, all of the abovementioned agencies, as well as Alpha Research, Exacta, Market Links, Mediana and Gallup International - Balkan - have proven that they at least strive for professionalism. You can see the results of their latest surveys.

Like journalism, sociology in Bulgaria is a relatively new phenomenon that emerged in the past 30 years of post-totalitarian transition. Most current reputed polling agencies were founded in the late 1990s or 2000s, with many losing credibility along the way.

There is another similarity between the two. Politicians from various parties have consistently tried to influence polling agencies, and through them - electoral attitudes, because sociology, just as media, is key to forming and guiding public opinion. This is true all year around, but becomes even more striking during a heated pre-election battle.