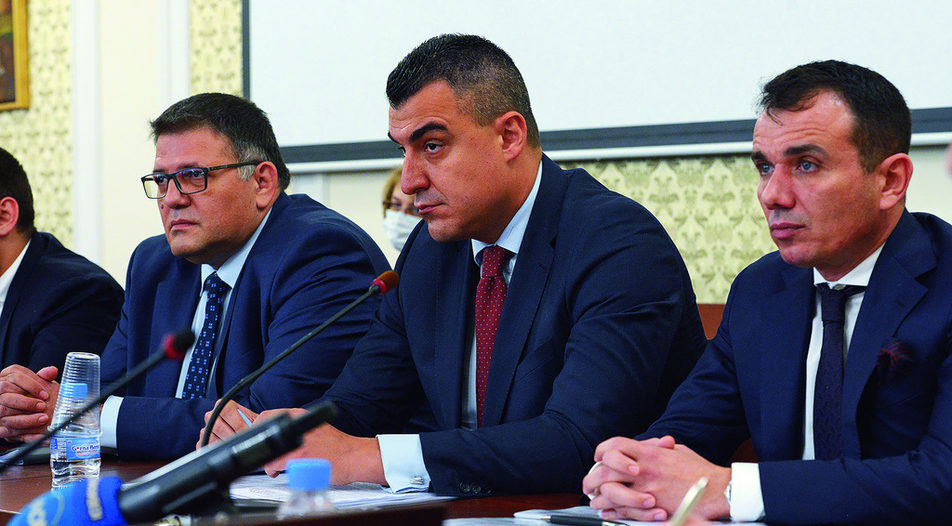 A dubious loan stirred public uproar in April, leading to the quick dismissal of the bank’s management but the new team seems unlikely to fix the systemic problems at the state-owned lender

In early April, amidst the chaos caused by the coronavirus pandemic, public outrage was ignited after the Bulgarian Development Bank (BDB) decided to grant a 75-million lev (38-million euro) loan to a receivables collection company without citing the loan's purpose or the collateral behind it. The bank was supposed to be providing support for small and medium-sized enterprises (SMEs) and those suffering the economic fallout from lockdown measures. So prime minister Boyko Borissov promptly feigned outrage, publicly firing the bank's entire management team, including CEO Stoyan Mavrodiev.

Borissov's move was enough to defuse public discontent, even though his one-off reaction to an occurrence typical of the bank seemed inadequate. More importantly, the new leadership looks unlikely to fix the systemic problems at the state-owned bank. And Stoyan Mavrodiev, although publicly not present, remains in control of the bank's subsidiaries along with his team, quashing hopes of a fresh start.

In April, the government decided to take 700 million levs from the fiscal reserve and inject the sum into the Bulgarian Development Bank's capital. As one of the main measures intended to support SMEs following the lockdown in March, the money was supposed to transform into credit guarantee programs for companies and interest-free loans for citizens to help them overcome the economic turmoil. However, it seems that the new responsibility did not alter the bank's usual practice of recent years of distributing huge loans with no clear criteria and dubious collateral.

On March 26, the BDB granted a 75 million lev loan to Sveti Georgi Group - a company closely associated with one of Bulgaria's leading firms in the receivables purchase market, SG Group. No information was published regarding the purpose of the loan or the collateral. This should have been revealed considering that Sveti Georgi Group only had 57 thousand levs in assets, 2 thousand levs in revenue and zero profit for 2018.

The loan was granted in line with the bank's track record over the past two-and-a-half years since Stoyan Mavrodiev took charge as CEO in 2017. Soon after, almost all management positions at the BDB were given to Mavrodiev's associates and the bank's limit on loans of up to 10% of its capital was dropped. The ban on lending to affiliates of political parties was curtailed. Since August 2017, the bank had granted 60 large loans, each worth over 5 million levs and by the end of 2019, its direct loans exceeded 1.5 billion levs, with more than half of them distributed to 10-15 companies.

However, it appears that Mavrodiev miscalculated this time. The moment to extend a BDB loan to a receivables collection company was not the best one, considering the ongoing pandemic and the bank's newly assigned mission to support businesses and those already suffering from the crisis. An article about the loan, published by Capital, quickly made it into the news and caused a public uproar, forcing the bank into explanation mode. But it was already too late.

"I am outraged by what the Bulgarian Development Bank has done. The Minister of Finance told me that he hasn't been consulted. I have ordered the Minister of Economy, who is the bank's principal, to dismiss the executive directors and the board immediately," Borissov said a day after the information became known to the public.

Borissov's handling of the situation is in line with his typical approach to quelling public outrage. And Mavrodiev's dismissal was enough to quickly switch people's focus to more pressing matters such as the pandemic. However, this loan is far from a one-off occurrence. The bank's habit of distributing loans to borrowers who just happen to be in the good books of those in power has been a systemic problem for years, known about, yet tolerated, by the government.

An example is the 150 million levs loan to consumer electronics retailer Technomarket and its direct owner Market Investment, which are suspected to be under the control of Delyan Peevski, a member of parliament from the Movement for Rights and Freedoms (MRF) party and a media tycoon. Another example is the 150 million levs loan to Roadway Construction and Patstroyinzhenering - two companies linked to Rumen Gaytanski, a businessman considered to be close to MRF honorary leader Ahmed Dogan.

The new leadership could give the bank a chance to mend part of the damage if it chooses to work in a more transparent manner but that doesn't seem to be the case so far.

The first person to get into the BDB's new leadership format was Zhivko Todorov, an ex-CFO of First Investment Bank (Fibank) who resigned recently from that position. He was elected as a board member on April 6 and appointed as an executive director on April 7 - literally in the midst of the storm raging around the loan to Sveti Georgi Group and the questions arising about the bank's opaque lending practices. Weeks prior, Finance Minister Vladislav Goranov spoke about strengthening the management of BDB given its new functions in the context of the pandemic and the appointment is likely part of the plan. However, installing an ex-manager of Fibank at the BDB can also be a reason for concern, given that the privately held lender has demonstrated time and again its ability to beautify its accounts.

Another face in the bank's new management is part of the old one - Nikolay Dimitrov, a staff member of the Bulgarian Development Bank since 2011, even before Mavrodiev's team took charge. So far, it seems that Dimitrov hasn't resisted the bank's malpractice. In fact, during the bank's briefing on April 8, he defended the loan given to Sveti Georgi Group alongside the other directors. Moreover, the contract for the loan itself was signed not by Mavrodiev, but by Dimitrov and the former third director - Rumen Mitrov, who used to be the right-hand man of Stoyan Mavrodiev during the latter's tenure as chairman of the Financial Supervision Commission (FSC).

Lastly, on April 30, the BDB announced that Panayot Filipov, formerly CEO of the Bulgarian Export Insurance Agency (BAEZ), has also joined as executive director and member of the management board. At first glance, his presence makes sense considering that the BDB offers export financing, and export-oriented businesses will need a helping hand after the pandemic severely disrupted supply chains and brought production to a halt.

However, a closer look makes Filipov a controversial choice considering that he is a member of the supervisory board of insurance company OZK Zastrahovane owned by Hristo Kovachki, another dubious figure in Bulgaria's business world. Moreover, the insurance sector associates the company with Delyan Peevski. Sources of Capital say that Filipov has worked as a finance consultant for companies affiliated with medium-sized construction firm Vodstroi 98 which was awarded public procurement contracts worth close to 900 million levs within the span of 5-6 years thanks to its affiliation with Delyan Peevski. Taking into account the BDB's already large exposure to companies controlled by Peevski, Filipov's appointment to the bank's management looks a lot less appealing.

Another important question regarding the state-owned bank is whether the buck stops with the management board. As Mavrodiev himself pointed out, speaking on bTV, according to the bank's statute, each loan exceeding 5% of the BDB's capital needs to be approved unanimously by the supervisory board. Which means that the credit to Sveti Georgi Group has received the green light with no objections.

The Chairman of the Supervisory Board is the Deputy Minister of Economy Lachezar Borisov. The other members are appointed personally by the Minister of Economy and BDB principal Emil Karanikolov, which makes him politically responsible for the bank's ways of granting credits, even if he wasn't aware of what was going on. After Mavrodiev was dismissed, Karanikolov promised that the new leadership of the bank would conduct an inspection of the loan but no results have been announced by the time this issue of KQ went to print.

A look at the BDB in May shows that the prime minister's order changed very little besides the bank's public faces. The supervisory board came out of the storm unscathed. More importantly, there has been no sign of action to remove the former CEO and his entourage from the management of BDB's subsidiaries.

The bank has five subsidiaries, with three of them established during Mavrodiev's term. Mavrodiev himself is chairman of the board at four of them. In addition, installed in the subsidiaries are several close associates from his previous career moves as an offshore legal advisor and FSC chairman. One example is the National Guarantee Fund, where, according to public record, Mavrodiev remains in charge. The Fund is the BDB's unit tasked with the implementation of the government's program for tackling the COVID-19 crisis for SMEs. For this purpose, the Fund will receive 500 million levs from the BDB's capital increase of 700 million levs. Executive director at the Fund is Angel Dzhalazov, a former FSC deputy chairman during Mavrodiev's term. Long-standing associate Andon Georgiev also ended up on the board of the Fund.

The Bulgarian Development Bank was established with the noble purpose of providing small and medium-sized businesses with access to finance in order to help them grow. Instead, in recent years, it has gradually shifted towards supporting oligarchs with ties to the government. Theoretically, new management can be a new beginning, but nothing in the background of the new team gives reason to believe that the old ways won't be replicated in the immediate future.

In early April, amidst the chaos caused by the coronavirus pandemic, public outrage was ignited after the Bulgarian Development Bank (BDB) decided to grant a 75-million lev (38-million euro) loan to a receivables collection company without citing the loan's purpose or the collateral behind it. The bank was supposed to be providing support for small and medium-sized enterprises (SMEs) and those suffering the economic fallout from lockdown measures. So prime minister Boyko Borissov promptly feigned outrage, publicly firing the bank's entire management team, including CEO Stoyan Mavrodiev.

Borissov's move was enough to defuse public discontent, even though his one-off reaction to an occurrence typical of the bank seemed inadequate. More importantly, the new leadership looks unlikely to fix the systemic problems at the state-owned bank. And Stoyan Mavrodiev, although publicly not present, remains in control of the bank's subsidiaries along with his team, quashing hopes of a fresh start.