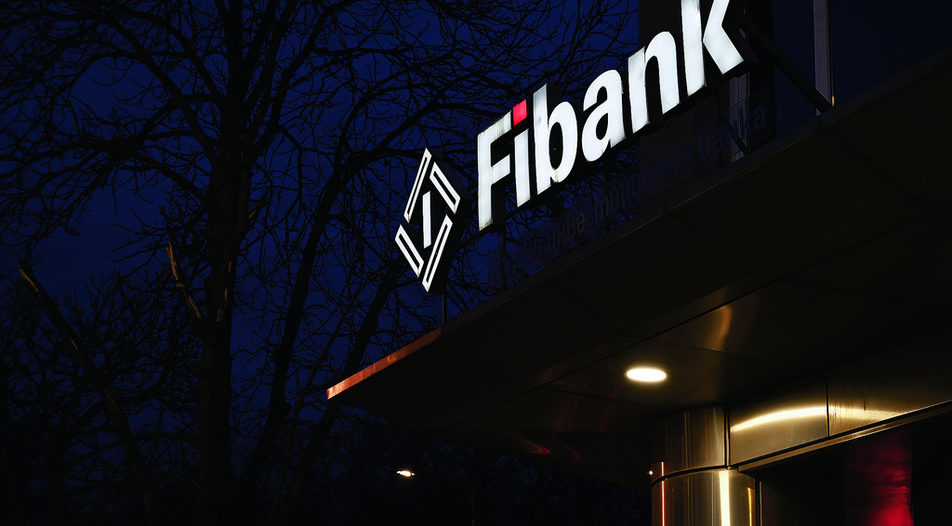 How the government bought a bank

How the government bought a bank

The Bulgarian government helped privately-held First Investment Bank (Fibank) raise close to 200 million levs (102 million euro) in fresh capital on the Bulgarian Stock Exchange by acquiring a stake in the lender. The state was one of few investors interested in the announced capital increase as the price of the shares from the new issue was set well above the market.

At the last moment, a private investor willing to pay was found - the Valea Foundation, a family foundation of Karel Komarek who is one of the wealthiest businessmen in the Czech Republic. The private investor acquired over 30% of the new share issue, whereas the government paid around 140 million levs for the remainder. Thus, the state became the owner of 18.7% of Fibank's capital through the Bulgarian Development Bank (BDB).

The need for more capital arose after a comprehensive assessment of six Bulgarian lenders by the European Central Bank (ECB) uncovered a 263 million levs capital shortfall in Fibank last summer. Since then, the recapitalization of the bank has largely been seen as the last remaining hurdle Bulgaria has to clear to join the Exchange Rate Mechanism (ERM II), the training grounds for Eurozone membership, by the summer of 2020. Finance Minister Vladislav Goranov said that following Fibank's capital increase Bulgaria "has the assurance that the European Central Bank (ECB) can establish close cooperation with the Bulgarian National Bank (BNB) with regard to the Banking Union, which is the condition to join ERM II, the waiting room for Eurozone entry."

The road so far

In December 2019, Fibank planned to raise 200 million levs in fresh capital by issuing 40 million new shares, each offered for 5 levs. The task seemed daunting considering that existing Fibank's shares traded around 3 levs apiece at the time. Afterwards, despite the recession and the expectations for serious consequent losses to the banking system, Fibank even attempted to push for a price of 8 levs per share, but then left the price set at the initial value of 5 levs. Now, the government has acquired shares at about twice the market price. The reasoning behind the expensive stocks in Fibank's prospectus is that the price does not reflect reality due to the low liquidity of the Bulgarian Stock Exchange, which is why the value of 5 levs takes into account the estimates of bank acquisitions in the country from the past several years.

According to Fibank's methodology, the average price was supposed to be 5.93 levs, but "a discount of 15% has been applied to attract more interest in the issuing". Despite the discount, no shares were subscribed in the weeks leading up to the auction on May 10 and all of them ended up in the auction, where the biggest buyer was the state. This came as no surprise considering the expensive shares and the long-standing doubts that the bank is lending to affiliates. An example is a scrap metal recycling firm Nadin Hold, owned by Nikolai Binev, whose LinkedIn profile says he worked at Fibank from 1996 to 2008 as deputy IT director. The company owed Fibank 160 million levs in 2019.

Another problem facing the state capitalization of Fibank is that it is essentially state aid, especially if the newly issued shares cost more than their market price. Even though Europe loosened the rules because of COVID-19, the European Commission still requires that state aid through capital injections has to happen at a share price equal to or below the average market price for the past 15 days. Or, when the shares are not traded on the stock exchange, after an assessment by an independent expert.

However, in Fibank's case, the government is taking into consideration the European Commission's rules on bank recapitalization adopted during the financial crisis. According to them, "where State capital injections are on equal terms with significant participation (30% or more) of private investors, the Commission will accept the remuneration set in the deal. Given the limited competition concerns raised by such an operation, unless the terms of the deal are such as to significantly alter the incentives of private investors, in principle, there does not appear to be any need for ex-ante competition safeguards or exit incentives."

So, the acquisition of over 30% of the new shares by Karel Komarek will not only allow the deal to go through but the transaction also won't require Fibank to meet any additional conditions for using the state aid. Komarek's personal wealth amounts to about $3.6 billion, according to Forbes. Through his holding company KKCG, he owns the largest betting company in Central and Eastern Europe - Sazka. Komarek bought a stake in Fibank through his family foundation Valea, registered in Liechtenstein. Fibank announced the finalization of the capital increase on July 2, adding that the money has already been transferred and the new shares have been paid for, thus raising 195.4 million levs in fresh capital.

The Bulgarian National Bank (BNB) evasively answered Capital's questions about whether they had received requests from individuals to acquire a qualified stake in Fibank, which it should have granted before the purchase.

"The purchase of the rights from the new issue of shares of First Investment Bank is a key stage in the process of increasing the bank's capital according to the established schedule. The capital increase is carried out according to the relevant regulations, which guide the BNB's rule within its mandate. The disclosure of detailed information related to stock exchange transactions follows the applicable rules of the Bulgarian Stock Exchange and the Central Depository. The final assessment of the implementation of Fibank's capital plan will be performed by the ECB," the BNB said.

Economy Minister Emil Karanikolov's explanation as to why the state is entering this deal is predictable and trivial: this is Bulgaria's last obstacle to ERM II, thus the deal is needed to clear the way. According to him, the government's role was to be kept secret until the last moment, because the information could cancel potential interest from private investors.

Although logical at first glance, this argument has many weaknesses. First of all, the price is not addressed at all - at five levs apiece, the current majority shareholders of Fibank Tseko Minev and Ivaylo Mutafchiev will retain a stake of over 60%, while at market levels they would have had close to or even below 50%. If the goal was simply to give the bank money and remove an obstacle on the path towards the euro, the bank's prospectus could easily have set a share price of 8 levs or 50 levs.

Moreover, the state itself is already to blame for the accumulation of systemic problems in the domestically-owned part of the banking sector due to its continued inaction. "And here, as is the case with regard to gas stations and gambling, the state fails with supervisory/regulatory functions and enters with guns blazing. Once again at the expense of the taxpayer. They will justify the move with the euro and the debate will end there. However, in reality, we pay the price of selective supervision," said Petar Ganev from Sofia-based think-tank Institute for Market Economics (IME).

The problems at Fibank are not a novelty. They were the reason why the bank was among those which suffered through the 2014 bank run surrounding the collapse of Corporate Commercial Bank (Corpbank). In 2016, the issues were partially revealed following the Bulgarian National Bank's review of the local banking system and, accordingly, partially cleared. Which led to an even bigger capital shortage at Fibank for the ECB to find in 2019. All this suggests that if the state wanted to recapitalize the bank in the name of a higher macroeconomic goal, the intervention didn't have to be done at a price that almost nobody has paid for its shares in the past decade.

If the costs of this public investment are compared to the benefits of the euro adoption, it may be financially worthwhile. However, achieving a political or economic goal at the cost of trampling on basic principles and throwing taxpayer money at the problem leaves a bad taste. The only acceptable explanation, to some extent at least, is that this is the last time such a procedure is being applied. Not that the ECB doesn't allow slips once in a while, but this one will probably be watched closely.

The Bulgarian government helped privately-held First Investment Bank (Fibank) raise close to 200 million levs (102 million euro) in fresh capital on the Bulgarian Stock Exchange by acquiring a stake in the lender. The state was one of few investors interested in the announced capital increase as the price of the shares from the new issue was set well above the market.

At the last moment, a private investor willing to pay was found - the Valea Foundation, a family foundation of Karel Komarek who is one of the wealthiest businessmen in the Czech Republic. The private investor acquired over 30% of the new share issue, whereas the government paid around 140 million levs for the remainder. Thus, the state became the owner of 18.7% of Fibank's capital through the Bulgarian Development Bank (BDB).