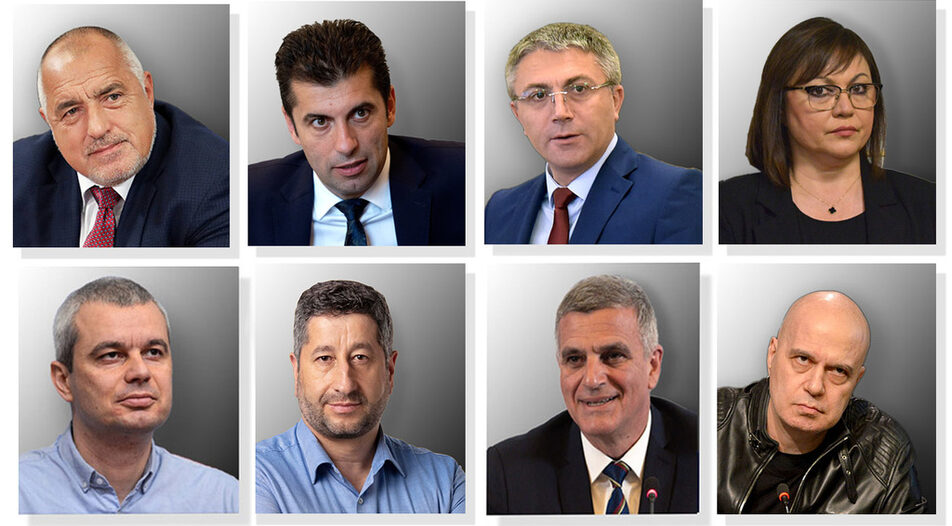 The Bulgarian political class appears more divided and fragmented than ever, and it's a really bad moment for that

Parties lying low on big issues before vote, Energy Minister shifts stance on LNG and why do people from the "Yellow Cobblestones" cry?

The Bulgarian political class appears more divided and fragmented than ever, and it's a really bad moment for that

You might be wondering why KInsights has devoted so little space to the upcoming 2 October election. In the end, everybody agrees that a lot is at stake as we confront a cold and potentially energy-deprived winter, a possible escalation of the Ukraine war and uncertainty about the next phase of the Covid-19 pandemic. Of course, all parties should be debating these issues frenetically.

Well, the answer is quite simple - the election campaign is boring. There's practically no clash between the major parties on any of the aforementioned matters, which have largely been ignored or simply overlooked. TV debates have become even duller than usual, focusing on the perceived failures of the previous regular cabinet or the current caretaker one.

Hardly anyone discusses today's pressing issues anymore: WCC and GERB trade unproven allegations of nepotism and corruption, BSP mostly reminisces about its days in power when it used to increase social spending, Stefan Yanev barely says anything of substance, Vazrazhdane inhabits a parallel universe on social media, which once again makes it a wild card. Only Democratic Bulgaria appears to be following current events (i.e. it immediately condemned Russia's mobilization, for example) but its supporters traditionally remain focused on minor internal squabbles and fail to capitalize on this.

There are two possible explanations for all this - either nobody really knows the composition of a possible coalition after 2 October (there will be another fractured parliament with little space for coalitions according to all surveys) or nobody really wants to rule through what will likely be a challenging winter.

Both possible reasons, however, mean one thing - that the Bulgarian parties, their leaders and even their sympathizers - are not mature enough to at least try to find common ground during such a critical period. Which also means they can hardly be expected to confront any current challenges. Burying one's head in the sand has always had unfortunate consequences and there is little reason to believe it will be any different this time.

How and why are Bulgarian senior civil servants appointed and dismissed? Few would be surprised that politics holds sway over such formalities as mandates or competitions. But now an analysis by the Bulgarian Institute for Legal Initiatives (BILI) puts it all in numbers and context. It covers the selection, appointment and dismissal of 313 people who have been heads of central executive 94 structures since 2009, of which only 82 have any information in the public domain about them. This is not insignificant for many reasons, but one of the main ones is that these people control an estimated 4.609 billion BGN in public funds, according to BILI.

According to the report, the appointments and dismissals of the heads of structures within the executive branch - state and executive agencies, state commissions, etc. - have been entirely political and based on the respective minister's subjective sense of trust and loyalty. This in itself is not necessarily bad - the problem is that appointments are never linked to specific goals, and as a rule are never formally explained, which means a complete lack of transparency. The mandates exist only on paper, but no one at the top of the state even bothers to create the appearance of complying with them. Every time there is a change of government, there are massive changes of heads of structures, whether there is a mandate or not.

You thought the Sofia-Skopje debacle was over after Macedonian protests against the so-called "French proposal", which opened the door to EU accession, died off? Think again. A survey by the Konrad Adenauer Foundation published last week found that 44% of Macedonian citizens see Bulgaria as the biggest enemy of N. Macedonia and more than half - a total of 57.1% - declared opposition to the "French proposal." Only about a quarter - 27.2% - say they accept it.

Advertising
Our stories from this week, if you missed them:

After the successful exit on the international debt markets last week, when the Ministry of Finance managed to place 2.25 billion euro worth of state bonds, this week it successfully placed another 200 million BGN of government securities on the domestic market. At Monday's auction, the yield achieved on the proposed bonds maturing in July 2026 was 3.01%, which is expected to be significantly higher than the levels achieved in the spring, when similar maturity three-year bonds were last sold at a 1.33% yield.

The percentage decrease in the net amount of foreign direct investment in the country for the first seven months of the year (925 million euro in nominal terms) compared to the same period for 2021.

The Japanese company is expanding production of high-voltage products at its Bulgarian plant, which it bought from ABB two years ago. The investment amounts to about 20 million BGN and is expected to create 180 more jobs in the Sevlievo factory.

The Plovdiv-based e-mobility firm has signed a contract to deliver 500 of its Sevic v500 electric trucks to the US by the end of the year, with the first 50 units already exported.

The Bulgarian digital insurance company doubled its evolution to 8 million BGN after raising 4 million BGN in another investment round. Funds from the new round will be invested in team expansion, new technology implementation and foreign market entry, it announced.

The gas policy of President Radev's caretaker government appears to have pivoted 180 degrees. After more than a month of claiming that Bulgaria could survive the winter at a decent price only with Russian gas, earlier this week Energy Minister Rossen Hristov and the new director of the state gas supplier Bulgargaz, Denitsa Zlateva, announced that they are turning towards liquefied natural gas (LNG) deliveries. The duo said at a press conference they will launch three tenders for supplies later this month, that will seek to cover the required volumes of gas until the end of the year, for the whole of 2023 and even for the 2024-2034 period.

The controversial police investigator and former member of the Supreme Judicial Council may be appointed as National Investigative Service head. Mr Todorov has been one of the ardent defenders of the current Prosecutor General Ivan Geshev and a close associate of his predecessor Sotir Tsatsarov.

The date by which Bulgaria will have to inform the USA if it accepts the 1.296 billion USD offer for a second batch of F-16 Block 70 fighters. This week, the Ministry of Defense approved the project, but a formal appraisal can only happen via a Parliamentary vote.

This week we will remind our audience of one of the favorite derogatory terms used to offend the central Sofian intelligentsia - Zhaltopavetnik, or loosely translated as "A person from the Yellow cobblestones," the most central part of the capital, famous for its unique pavements. The reason for that is that the Zhaltopavetnitsi protested loudly against the poor rearrangement of cobblestones in a section of the Tsar Osvoboditel square, which made them look much worse than before. Mind you - at a price of 14 million BGN. While GERB activists and even mayor Yordanka Fandakova tried to downplay the new infrastructure repair disaster produced by their administration, the results were too obvious for anyone crossing the main square in the city.

You might be wondering why KInsights has devoted so little space to the upcoming 2 October election. In the end, everybody agrees that a lot is at stake as we confront a cold and potentially energy-deprived winter, a possible escalation of the Ukraine war and uncertainty about the next phase of the Covid-19 pandemic. Of course, all parties should be debating these issues frenetically.

Well, the answer is quite simple - the election campaign is boring. There's practically no clash between the major parties on any of the aforementioned matters, which have largely been ignored or simply overlooked. TV debates have become even duller than usual, focusing on the perceived failures of the previous regular cabinet or the current caretaker one.