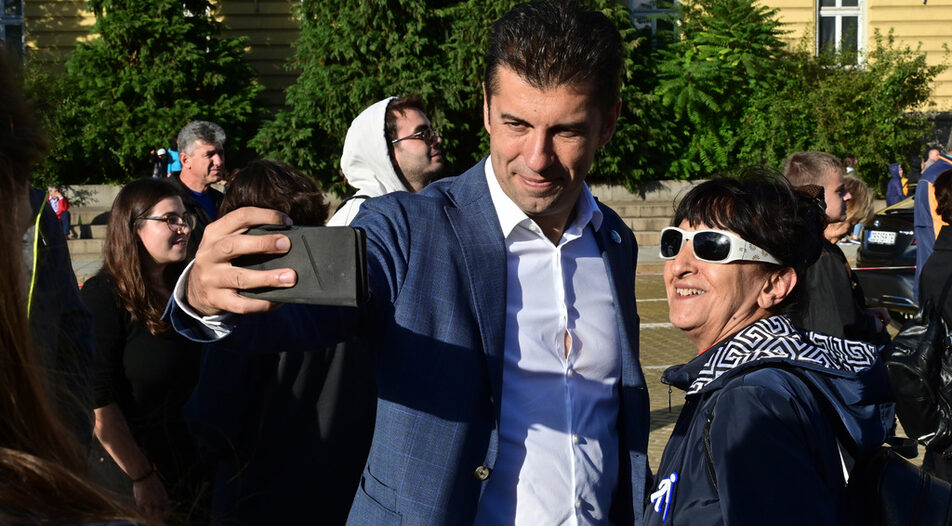 Parties will mostly rely on hardcore electorate in the coming vote

Parties will mostly rely on hardcore electorate in the coming vote

On Sunday, 2 October, Bulgarians will vote in the fourth general elections since March 2021, and it is becoming obvious that the voters and the parties are enervated by the incessant but inescapable cycle of elections.

With no "new hope" similar to WCC during the November 2021 vote on the horizon, a predominantly toxic pre-election campaign and - most importantly - the loss of momentum for change that propelled the 2020 protests - the Sunday vote will likely be dominated by hardcore party support. Pollsters expect a record low turnout and don't see a repetition of the last-minute change of fortunes from November 2021, when WCC (which were underestimated) won with a 3 percent margin.

This, in effect, promises to lead to a fractured National Assembly with 6-8 parties, most of which have very little in common. So far, the only realistic scenario for some form of working government under a parliamentary mandate to get us through the winter appears to be a form of expert or program cabinet tacitly approved by both GERB and the President.

The most probable election winner is GERB, headed by former PM Boyko Borissov. It came second in the July and November 2021 snap elections, but now appears to have consolidated its position on the wave of public disillusionment with the performance of the WCC-led four-party coalition.

GERB can potentially join forces with most parties that enter parliament and have not sided with reformist forces - the Turkish MRF, the fringe Vazrazhdane (and potentially TISP and Bulgarian Rise, if they pass the 4% threshold). The problem for GERB is that, if it wishes to maintain its profile as a center-right, pro-Euro-Atlantic party, all of these factions remain toxic. Besides, keeping any two of these parties together for a lengthy period would be close to impossible - both for the general public and due to internal cohesion - so Mr Borissov is unlikely to take such a risk.

WCC - the "dethroned harbinger of change"

The second possible coalition could be formed around former PM Kiril Petkov's WCC party, which narrowly won the November 2021 elections, but now looks set to finish second. The last seven months in power were not easy for the party of well-meaning political newbies, who also had to juggle with uncooperative coalition partners and the effects of war, energy and a domestic inflationary crisis. Add to that the overwhelming dirty campaign aimed at WCC from all sides, and an expected 6-7 percent drop in support comes as no surprise.

Nevertheless, if GERB wins the elections but fails to pass a cabinet, the baton would again be passed to WCC, which would invite Democratic Bulgaria and BSP back as partners. Their combined projected results, however, would not ensure a majority. In addition, BSP's consistent reluctance to stand up to Russia, even when Moscow has raised the ante in its war against Ukraine, puts the party openly at odds with all other mainstream factions and especially the other possible anti-GERB coalition partner, Democratic Bulgaria. None of the other parties that would likely enter parliament would make for a reliable partner and, after their experience with TISP, it is not likely that they would attempt it.

This means that the most probable post-election scenario is another incapacitated parliament only to be dissolved again once obligatory constitutional procedures have been exhausted. However, there are three rather unlikely, but still possible scenarios given the right circumstances.

The first one would be for GERB to propose a minority government with the main support of the MRF and one other smaller party. Once it is passed in Parliament, such a government would rely on floating majorities - and the tacit support of President Rumen Radev who has softened his criticism of the GERB-MRF model of governance (against which he waged war throughout 2021).

In fact, the second scenario has even more to do with Mr Radev - if both GERB and WCC (the likely two largest parties after the vote) fail to construct a coalition, he will have to decide who to give the third and last mandate to. This means that he could try to bring together experts to form some sort of a cabinet of the national unity or experts, practically repeating what TISP tried to do in the summer of 2021 - but from a position of higher trust.

A Euro-Atlantic coalition in the making?

Lastly, an idea GERB has been toying with (despite constantly attacking WCC) is one for a wide Euro-Atlantic coalition that puts it in the same boat as WCC and Democratic Bulgaria. Such a move would be destructive to the latter two parties, as their public campaigns have mostly been focused on attacking GERB for its legacy of corruption. WCC and Democratic Bulgaria have been clear that they would not engage with GERB as long as Boyko Borissov is its leader, with WCC leaders Kiril Petkov and Assen Vassilev even venturing to say that Borissov's place is in prison. Selling a coalition with GERB after all that would be deemed treasonous by the parties' supporters.

Unofficially, members of both factions have told Capital weekly that interaction with GERB is possible, and even - inevitable under certain scenarios. For WCC, the red line appears to be whether Borissov would remain head of the party. Meanwhile, some figures in the Democratic Bulgaria leadership also believe that GERB has to be consulted at some point, as it is the "lesser evil" compared to MRF and Vazrazhdane, and without one of these parties there would be no chance of any parliamentary majority in the near future.

It appears that the Sunday vote will be marked by low turnout. There are several reasons for that, but the main one is that there is no significant new "hope" like with WCC last November. The party has, in fact, been "reduced in rank" and is no longer deemed a "harbinger of change" due to a series of governing mishaps and the dirt thrown at it by GERB and MRF-funded sources.

To compound matters, most parties completely ignore the big topics of the day - from the escalating Ukraine war to the energy crisis, they did not discuss anything of substance and focus on accusing their opponents of corruption (WCC's charge) or incompetence (GERB's charge). The campaign has hinged on whether one is "for or against" the actions and decisions of the Petkov cabinet. The unlikelihood of a feasible working coalition will also hit turnout, as voters see little reason to take to the polls for another inconsequential election.

So it is that fewer than 2.6 million people (or 40 percent of those with the right to vote) are expected to exercise their choice, according to pollsters. Sociologists also say that a last-minute reversal is less likely this time, bearing in mind the lower turnout. The final week of the campaign will be crucial, as most of September was occupied by holidays and popular interest in the elections was low.

A low turnout creates the conditions for yet another early vote - this time, in February of next year. But more ominously, it would contribute to the impression that the current Bulgarian political system is flawed beyond repair. The longer this continues - and the more unstable the world becomes - the more likely it is to end up in disaster.

On Sunday, 2 October, Bulgarians will vote in the fourth general elections since March 2021, and it is becoming obvious that the voters and the parties are enervated by the incessant but inescapable cycle of elections.

With no "new hope" similar to WCC during the November 2021 vote on the horizon, a predominantly toxic pre-election campaign and - most importantly - the loss of momentum for change that propelled the 2020 protests - the Sunday vote will likely be dominated by hardcore party support. Pollsters expect a record low turnout and don't see a repetition of the last-minute change of fortunes from November 2021, when WCC (which were underestimated) won with a 3 percent margin.