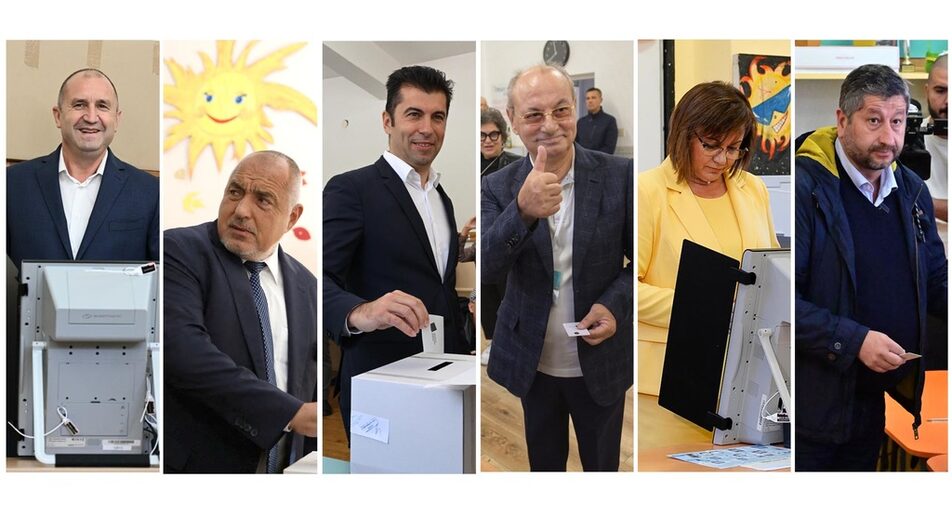 This time, there are no surprises - with 99.4% of the election protocols examined, it is clear that the victor in the 2 October snap parliamentary vote in Bulgaria is once again GERB, the party of three-times PM Boyko Borissov.

With just over a quarter of the votes, it overtakes the previous winner WCC of ex-PM Kiril Petkov and Finance Minister Assen Vassilev, who collected 20.21 percent of the vote - a decrease of 5 percent and 170,000 votes compared to their result in November 2021.

Advertising
Who wins what

Seven parties will be in the next National Assembly, just like in the previous one, but with some important caveats. First, Slavi Trifonov's TISP, which effectively sabotaged the last government, failed to surpass the 4 percent barrier and, instead, we saw the newly founded party of former caretaker PM Stefan Yanev pass the threshold. And second, there is a significant redistribution of the balance of power between the BSP and Vazrazhdane - in favor of the heavily anti-systemic party of Kostadin Kostadinov.

As in the November elections, MRF retains third position with a fairly good result of 13.66 percent. Fourth place now goes to Vazrazhdane, which currently has about 10 percent, followed by BSP with just under 9.32% and Democratic Bulgaria with 7.46% and Bulgaria Rise on 4.64 percent.

Low turnout and no possible cabinet in sight

Overall, however, forging a coalition within the next Parliament looks even harder than in the previous ones, as GERB remains isolated - unless it is ready to enter some very uncomfortable alliances with either MRF or Vazrazhdane (if not both), it is unlikely to create a viable coalition. And if the party fails to negotiate a cabinet, the reformist forces, led by WCC, have even less chances of forming one, as their cumulative result would not allow it.

All of this happens against the backdrop of what promises to be even lower election turnout than the already record previous low of 40 percent recorded in the November 2021 vote. What is more, a record-high 87,000 people selected the "I do not support anyone" in the electronic ballot, which is more than 3 percent of all ballots cast and testifies to the Bulgarian public's growing distrust and disenchantment with the electoral process.

Beyond some social media "thank you" notes, the leaders of the winning GERB party remained silent after the vote, likely in an attempt to wait out the final results and see on how many potential partners they could rely on (until this morning, TISP was on the brink of entering parliament, which would have drastically changed the distribution of mandates).

Their opponents from WCC were among the first ones to speak out. The two leaders of the party, Mr Petkov and Mr Vassilev, reiterated their position that they will not enter coalition talks with GERB. "We have huge differences with GERB on the question of how best to govern the country. We believe that Bulgaria has to follow a completely different path; this became clear to all voters and they made their choice," Mr Vassilev commented on Sunday night. "The much more responsible thing to do would be to remain in opposition and monitor every spending, every public procurement, every diversion [of funds] by the ruling majority and to make sure that the corrupt model of governance does not return," Mr Petkov added.

MRF's leader Mustafa Karadayi called for dialogue, which means that the ethnic party is ready to negotiate with GERB. But would GERB be likely to enter a formal alliance with the faction, which still holds on to its Magnitsky Act-sanctioned oligarch Delyan Peevski? Mr Yanev also proposed negotiations, but his leverage is likely going to be marginal due to the small number of MPs in his party. Vazrazhdane, for its part, rejected all possibilities for cooperation, but it is well-known from its actions in the previous Parliament that it can find ways to collaborate with GERB unofficially.

In this situation, GERB's task appears quite complicated. The only certainty for now is that as the winner in the vote, Mr Borissov's party will get the first mandate to form a government. At this stage, however, it is not clear what exact formula for forming a majority Mr Borissov would (and could) propose. In the course of the election campaign, he gave mixed signals - starting from a proposal to form a Euro-Atlantic coalition, which included MRF, going through a minority government and ending with a call for the participation of the leaders of the various formations in a potential cabinet, without specifying which ones these would be.

In any case, however, even if Borissov proposes a more neutral formula like a program or expert government, which would be joined by MRF, the two parties would need another faction with which to form such a government, as they would only have about 103 MPs together.

This third partner, however, can't be just anyone - only revival and the three "parties of the change" have enough MPs to back GERB up, as Stefan Yanev's party would only have 11-12 MPs. Mr Borissov's party may find itself in the situation it was in after the regular parliamentary elections last April, when it was again the first political force, but failed to form a government because none of the formations in the then parliament wanted to enter into a coalition with it.

The picture is similar in the camp of the former ruling formations. Together WCC, BSP and Democratic Bulgaria are likely to have only 98 MPs and, in order to be able to make a majority, they will also need another political force. However, this must be either GERB or MRF, as Mr Yanev's dozen MPs would not suffice.

So, while on the surface there is little chance for a GERB-led cabinet, there are still ways in which such a cabinet might be passed. The most unlikely of them is if GERB gains the support of Democratic Bulgaria (alongside MRF's) to form a wide "Euro-Atlantic" coalition. While some voices within Democratic Bulgaria have said that engagement with GERB is inevitable in the current geopolitical reality, an open embrace with Mr Borissov - and especially with MRF - would certainly destroy the party's credibility with its own electorate.

The second possible "change of sides" might occur within BSP. The Socialist Party has hit a new low of electoral support, going down below 10 percent - losing support to its main Russophile competitor, Vazrazhdane. This might finally spell the end of Kornelia Ninova's leadership - and pave the way for less strident anti-GERB rhetoric within the party. Of course, this is also a far-fetched option at the moment, as the removal of Ms Ninova, even if possible, is highly unlikely to take place within the next few weeks of cabinet negotiations.

Lastly, GERB might attempt a minority government with the less overt help of MRF and Vazrazhdane - the first one votes for GERB's ministers (alongside Bulgarian Rise, for example), while some Vazrazhdane MPs "forget" to enter Parliament, lowering the quorum on the faithful day. Of course, this is also less than likely, as Vazrazhdane is on an upward trend and, anticipating new electoral gains after a harsh winter, would be reluctant to risk it.

So the most promising scenario is for a new failed Parliament in the next few weeks.

This time, there are no surprises - with 99.4% of the election protocols examined, it is clear that the victor in the 2 October snap parliamentary vote in Bulgaria is once again GERB, the party of three-times PM Boyko Borissov.

With just over a quarter of the votes, it overtakes the previous winner WCC of ex-PM Kiril Petkov and Finance Minister Assen Vassilev, who collected 20.21 percent of the vote - a decrease of 5 percent and 170,000 votes compared to their result in November 2021.