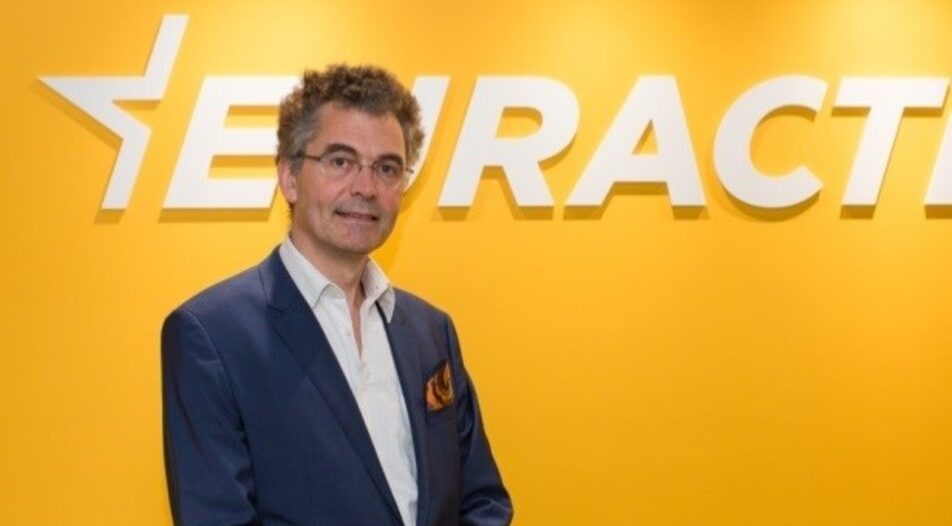 22 September 2022 09:30
Christophe Leclercq is founder of EURACTIV media network & Chairman of Fondation EURACTIV, plus an adviser & commentator. After launching EURACTIV in 1999 and managing it for 10 years, Mr. Leclercq then focused on deepening the network and promoting external relations. Since January 2018, Leclercq has been one of the experts on the High-Level Expert Group (HLEG) on disinformation. He leads the new projects #Media4EU and Stars4Media (Erasmus4Media). He also teaches - notably at the Institut d'Etudes Européennes/ULB (Brussels). Previously, Mr. Leclercq was an EU Commission official with DG Competition (coordinator for Information Society).

Last week, the European Commission proposed new rules to protect media pluralism and independence in the European Union. They are described under the European Media Freedom Act (EMFA) and include measures against state control of public and private media through political appointments in supervisory boards and hidden funding for advertisements. Media service providers will also need to ensure ownership transparency. Under the EMFA, they will be required to declare their shareholders' names, a measure proposed for strengthening editorial independence.

Is the Commission's intervention in the media sector in the Member States a justified decision? Do you agree with the proposed interventions?

Yes, this is a logical step for the EU, at the crossroads between the rule of law and economics. The current European Commission has introduced a number of media-related initiatives, since 2019, like the media and the democracy action plans, plus legislation to regulate social media platforms: the Digital Services and the Digital Markets Acts. All these are the foundations of a European industrial policy for the media sector. This would trigger a degree of European support it never had, unlike agriculture, automotive, and chemicals etc.

EURACTIV as a policy media covers such news, for example in this assessment of the draft Act, around 'mixed reactions'. As for the think-tank Europe's MediaLab that I lead: yes, we are in favor of the broad principles of the Act. We stand for the health of the media sector, and I'm pleased to note real economic thinking, for example, regarding the necessary consolidation of the sector.

Some newspapers think they are massively important in their own country, don't they? Actually, medias are an army of dwarfs, facing a world duopoly:

Meta (Facebook) and Alphabet (Google), and confronting massive disinformation. So, we all need to unite, to be stronger across borders, in order to share fixed IT costs and to negotiate better versus Meta and Alphabet.

How would the Media Freedom Act affect the public and the private media sector in Member States?

Most points apply to both the private and public media. Some provisions aim more at public broadcasters, notably strengthening independence vis à vis governments. These are the most difficult to enforce. Politicians who decide on TV budgets first wish to be re-elected.

Will the measures be voluntary or mandatory in Member States?

An EU regulation creates direct obligations for Member States and also for economic actors like media companies (unlike an EU directive, which should first be implemented in national law, or a Recommendation, which is 'soft law'). So, yes, once amended and voted, the Act will become mandatory.

Which are the lines in the proposed directive that still leave a vague place for response and interpretation by national governments?

A key aspect is competition policy, especially the assessment of concentrations. There is a strong role for the EU, which is a good thing: less politicization, and also wider market definitions: looking not only at one national market. This may help reduce interference by national oligarchs.

Depending on the size of acquisition deals, national competition authorities - distinct from the national media regulators - will play an important role. For the moment, before a further wave of consolidation, media companies are rarely huge, rarely of European size.

I am not always against any support or even shared ownership by industrialists, if there is little alternative. But this requires full transparency, plus strong independence guidelines, backed by journalist unions and regulators, plus sufficient competition.

Journalist unions are rightly very keen about press freedom. Interestingly, they broadly support the Media Freedom Act. Most media groups support press freedom, but some publishers may fear transparency, notably scrutiny about their shareholders. Indeed, transparency is key, regarding sources of revenue, and especially on ownership of the media. In some cases, this may even explain editorials about the current war, which are not always based on facts.

Is it an easy task for a free media, covering EU policies, to operate in Brussels? Are journalists in Belgium well protected and are media independent enough?

Press freedom standards are high in Belgium, and the authorities are respectful. The Brussels press corps is like a large island in Belgium. Its members range from Chinese state-controlled media to Anglo-Saxon investigative journalists: clearly not the same in terms of independence.

As for EURACTIV, it's a specialized policy media, like a few others in Brussels. Our media differentiates notably on values and reach, such as being pro-European and constructive, and being multilingual (12 languages from 12 capitals, thanks to its cross country network). EURACTIV's affiliates are independent indeed. In some 'difficult countries' this is helped by our cross-border network: there is more respect for foreign-affiliated media.

What is the situation like in the media sector in Eastern and Western Europe?

It does vary widely from country to country, not only across East versus West. The best is still the German press, owned by independent groups, and still relatively affluent, also due to its market size.

But the situation is generally poor, I'm sorry to say, in Central Europe (and several other countries). Given the social media platforms' dominance in advertising, poor business models led to losses, and therefore low assets values. Subsidizing and influencing is cheap. Therefore either oligarchs or governments control the majority of the press in the region. This is shown in the annual Media Pluralism Monitor, by the European University Institute, in Florence.

In small markets in Central Europe, the situation is worse than it was at the time of enlargement. The EURACTIV network knows this well, because it has been in several of these markets already before the 2004 'EU big bang'. It is not by accident that Hungary is now being challenged by the EU over its lack of rule of law. But some others, like Poland, Romania, and Bulgaria, do not fare much better.

Now, to put things into perspective, none of the EU public space was as poor as Russia or Belarus, and they got even worse after the war.

In fact, this is my main disappointment with the Media Freedom Act: it does not spell out the challenges in Central and Eastern Europe. It's good to provide fire engines, but tell firemen where it's burning!

Is the new Board for Media Services a reliable and efficient option of control of the implementation of the directive?

Yes, this board is necessary. The renamed European body European Board for Media Services is made of national regulators. Lawyers will disagree, given many details, but I don't see a huge change from the previous ERGA. The important point is that support will be anchored in the EU Commission - unlike agencies - therefore providing some efficiency and fact-basis.

Bodies made of national representatives tend not to be very daring, but the EU Commission secretariat, and pushes from parliamentarians, will give it muscle. And, hopefully, it will not shy away from court action, and also using public opinion.

Many are truly independent, some on paper more than in reality... Let's hope there will be not only lawyers around, but also peer pressure and public pressure. I would not neglect the role of other bodies, composed of entirely independent experts. For example, EDMO, the European Digital Media Observatory. A little disclosure: I am on EDMO's Advisory board (but not its chair or ambassador). EDMO is coordinated by the European University Institute; it coordinates policy research and fact-checking projects.

Could you tell us more about the Stars4Media initiative and how it could contribute to more efficient and innovative media in the EU?

The emerging European media market will take more cooperation, skills and innovation. The transformation program we launched, Stars4media, just issued its third round of decisions.

I am glad to report that a third of winners are projects aiming at Eastern European readers: Ukrainians, Russians and Belarusians. The growing participation of Ukrainian and 'exile' Russian media in programs like this is encouraging. It should accelerate the convergence in Eastern Europe with the peace and democracy values cherished by the EU.

Overall, 29 media will be involved in 14 Stars4media projects, all about business or newsroom transformation.

In conclusion: the media sector is a relatively new topic for the EU. In this area like others, European integration is an opportunity. Media should emulate the best national standards, and not the worst.

This interview was conducted by Monika Varbanova.

Christophe Leclercq is founder of EURACTIV media network & Chairman of Fondation EURACTIV, plus an adviser & commentator. After launching EURACTIV in 1999 and managing it for 10 years, Mr. Leclercq then focused on deepening the network and promoting external relations. Since January 2018, Leclercq has been one of the experts on the High-Level Expert Group (HLEG) on disinformation. He leads the new projects #Media4EU and Stars4Media (Erasmus4Media). He also teaches - notably at the Institut d'Etudes Européennes/ULB (Brussels). Previously, Mr. Leclercq was an EU Commission official with DG Competition (coordinator for Information Society).

Last week, the European Commission proposed new rules to protect media pluralism and independence in the European Union. They are described under the European Media Freedom Act (EMFA) and include measures against state control of public and private media through political appointments in supervisory boards and hidden funding for advertisements. Media service providers will also need to ensure ownership transparency. Under the EMFA, they will be required to declare their shareholders' names, a measure proposed for strengthening editorial independence.