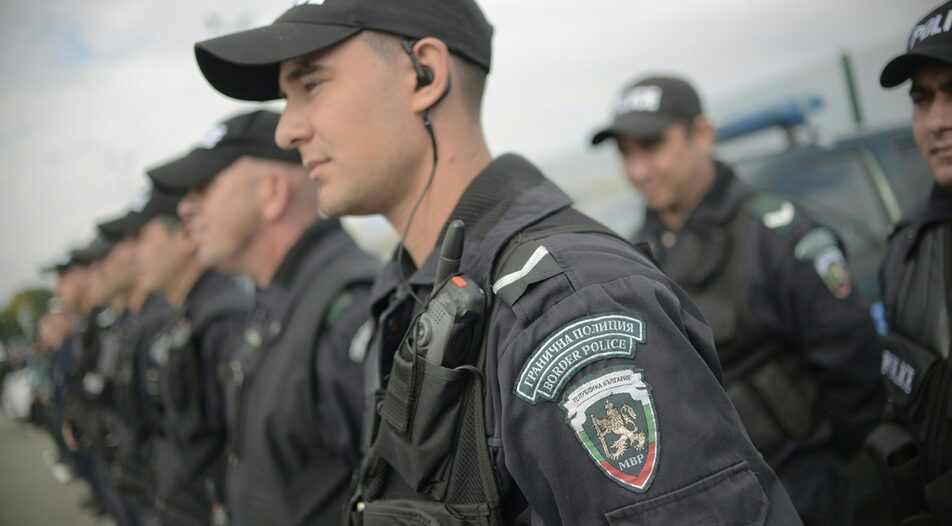 The Internal Ministry uses Airbus technology for its TETRA network and equipment. In Bulgaria there is only one authorized supplier of the company

The debacle over the implementation of the TETRA communication equipment project threatens the allocation of 2.6 billion euro worth of EU money for Sofia

The Internal Ministry uses Airbus technology for its TETRA network and equipment. In Bulgaria there is only one authorized supplier of the company

The TETRA acronym likely sounds unfamiliar to most people outside a small, but specialized circle of police officers, firefighters, army officers, radio enthusiasts or people from the telecom sector. In the last month, however, it has exploded in the Bulgarian media space, as it turned out that the first 2.6 billion euro that were supposed to be allocated to Bulgaria under the Resilience and Recovery Plan depend on the finalization of a public procurement for its acquisition.

That's not all - if the Internal Ministry (which is responsible to launch the bid) fails to implement this meager 108 million BGN project, it could lead to all 2.6 billion euro remaining frozen and Sofia failing to tie up its already straining annual budget.

And while this bullet might have already been dodged by the Interior Ministry, which already launched a new public tender setting realistic deadlines for the network extension project, the very idea that so much money depends on a badly written tender or a poorly run administrative unit is startling.

What is TETRA and why does it matter?

The entire first installment of EU money for Bulgaria under the Resilience and Recovery plan, which had already been postponed four times - that is, officially, currently depends on a single public procurement for the installation of the encrypted communications network used by bodies such as the police and the army called TETRA. The 108 million BGN contract should have been easy to award because there is just one company in Bulgaria that can carry it out - the niche Telecom Engineering firm, the only authorized partner of Airbus, which has been the traditional supplier of such equipment to the Bulgarian state.

The problem has little to do with the company's ability to execute the project, but with the unrealistic deadlines that the Ministry of the Interior set when it filed the first procurement into the EU plan. It led to the Telecom Engineering's failure to file a bid, a last-ditch attempt by the Petkov cabinet to bypass the Ministry of Interior in its last days in office, a reaction from the European Commission, and ultimately a new tender by the Ministry of Interior to try to solve the problem.

This, in turn, created a huge risk for the budget - a possible failure of the second tender would mean that Bulgaria would not receive the entire first tranche of 2.6 billion euro this year. The money has already been counted as revenue in this year's budget by the Finance Ministry. If they are not received by the end of December, all other things being equal, the mounting deficit of 6.2 billion BGN will increase further, potentially impacting the country's credit rating and putting at risk Bulgaria's very entry into the euro area.

A project made for corruption

There are two main versions for why the TETRA project became so problematic out of the blue, according to sources of KInsights from the current and former cabinets, which paint a contradictory picture. According to representatives of the former Petkov cabinet, the situation was created because of the long-standing and deeply embedded corruption and incompetence in the middle administrative levels of the Interior Ministry.

The theory that the project might have been inherently planned with a significant corruption "cushion" is backed by some numbers. Compared to similar tenders in neighboring countries, the Bulgarian TETRA network would have cost several times more. In Romania, for example, an order of 800 base stations would cost 54 million euro, while Bulgaria wanted to buy 109 base stations (seven times less!) for more or less the same amount of money. The version of the project of the Petkov cabinet plan has even been reduced, as in GERB's original plan from 2021, the project would have cost 150 million BGN.

TETRA was taken out of the version of the plan written by caretaker deputy Prime Minister Atanas Pekanov in 2021, who still thinks that the project should not have been included in the plan at all. According to Petkov cabinet officials, the project was put in because Bulgaria is one of the few countries without a completed TETRA network and it is a matter of national security.

According to people from the caretaker government of Galab Donev, however, the problem came to be after their predecessors requested that the adoption of TETRA be funded by the Resilience and Recovery Plan. The project was removed from the funding application by the second Stefan Yanev caretaker government at the end of 2021.

When the Petkov cabinet signed the annex to the Recovery Plan in the spring, the timeline for this particular project seemed realistic - the selection of a contractor by the end of the second quarter of 2022 and completion of the project by the end of 2024. However, the procurement ended with no bidders, as the first and most difficult stage of the project - the purchasing and installation of the TETRA base stations - was to be completed by the end of 2022, a full year earlier than initially planned. Accordingly, because "the contract assumes something to be done in 3 months when you normally need 18," as one source put it, Telkom Engineering did not apply.

There is no explanation as to why the Ministry of Interior's Procurement Administration set such deadlines - the only possibility is that it got confused with old deadlines from an earlier version of the plan.

Fix it and fix it again

After this failure, in the last days of the Petkov cabinet, the Council of Ministers decided to transfer the project to the state-owned company Information Services, so it awarded it instead of the Ministry of Interior. However, according to caretaker government sources, the European Commission said it will not accept that, which led to the Donev cabinet revoking the decision, and on 19 August the Ministry of Interior announced that it would launch a new public procurement. Five days later the new procurement was in place with a revised time frame, according to which the first stage must be completed by the end of 2023.

And while the bullet might have been dodged this time around, the Ministry of Interior is neither the only nor the last cumbersome government entity that cannot program and manage money well. The turn of the National Rail Infrastructure Company, the Ministry of Agriculture, the Employment Agency and many others will come soon. In fact, it is difficult to name state institutions that do not fit the definition of "cumbersome".

This means that it is highly likely that somewhere along the track of absorption of the 6 billion euro for Bulgaria until 2026, the administration will falter. In addition to certain orders, the reforms also include changes in laws that parliament must pass - and there has barely been a working parliament in the country in the last two years.

And since the country is spending money it budgeted for in expected EU revenues, if they do not come, the deficit will grow. This could jeopardize the achievement of important goals such as eurozone membership. In other words, whoever is in power will have to learn to jump quickly. Or to fall.

The TETRA acronym likely sounds unfamiliar to most people outside a small, but specialized circle of police officers, firefighters, army officers, radio enthusiasts or people from the telecom sector. In the last month, however, it has exploded in the Bulgarian media space, as it turned out that the first 2.6 billion euro that were supposed to be allocated to Bulgaria under the Resilience and Recovery Plan depend on the finalization of a public procurement for its acquisition.

That's not all - if the Internal Ministry (which is responsible to launch the bid) fails to implement this meager 108 million BGN project, it could lead to all 2.6 billion euro remaining frozen and Sofia failing to tie up its already straining annual budget.