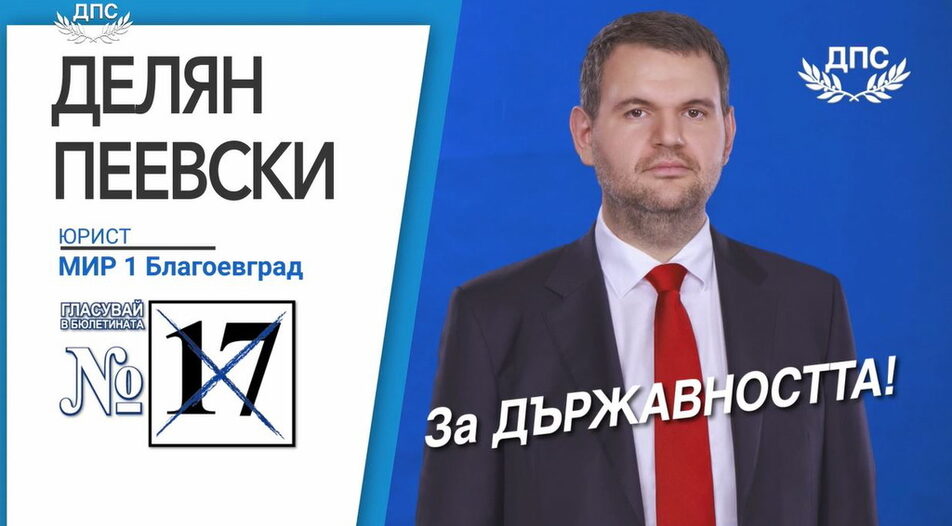 Mogul Delyan Peevski, who is reentering the parliamentary battle in an attempt to re-legitimise himself

Mogul Delyan Peevski, who is reentering the parliamentary battle in an attempt to re-legitimise himself

On 14 November, Bulgarians will go to vote for Parliament for the third time this year. The fact that it is a "2 in 1 vote", combined as it is with the Presidential election, will hopefully ensure that voter fatigue doesn't reduce turnout too drastically. Yet, most parties - new and old - still have to scramble for votes, but do not really have the tools to do so.

The "old" parties are mostly relying on their core supporters and nominating the same people they did on the previous two occasions, while the new "wild card" in the campaign, We Continue the Change, proposes brand new faces.

This could make for some closely contested electoral district fights around Bulgaria. Below, we go through some of the more significant places and MP nominees to look out for next month.

The battle for Sofia

Traditionally, one of the most interesting districts to follow is the 25th multi-member constituency that comprises a third of the Bulgarian capital. It is the place where parties nominate their leaders, but this time this convention could be broken by Democratic Bulgaria and the party of ex-ministers Kiril Petkov and Assen Vassilev.

The first puts forward Elisaveta Belobradova, known better as the (hardly translatable) Letiashtata Kozzila Erato. One of the first and biggest social media influencers in Bulgaria, and a vocal women and children's rights advocate, Ms Belobradova entered politics with a bang in July. She managed to gather a whooping 7,805 personal preferences - more than any other candidate who did not top their party list in a given region (the leaders automatically get preferences if voters don't specify another candidate in the lower part of the list). Ms Belobradova could not prove her mettle in the last short-lived parliament, but she is renowned for - and popular on account of - her sharp tongue. Something that voters tend to like.

On the subject of sharp tongues, Ms Belobradova will face an unusual opponent in her constituency - one of the most popular and beloved Bulgarian rappers, Hristo Petrov, better known as Itso Hazarta ("Itzo the Gamble"). Mr Petrov's entry into politics was quite surprising, as he has - as most rappers - constantly criticized and even satirized the political class in his songs ("I want to go to parliament/Go!/You will never have hemorrhoids," he famously sang). While he always openly backed civic initiatives and anti-government protests, Mr Petrov dodged several attempts to be recruited by parties from the reformist spectrum. Until, that is, Mr Petkov called him a few weeks ago, had a chat about education and their daughters (both of them have three each) and convinced him to enter the race for MPs.

And what a race he's entering! Apart from Ms Belobradova, Mr Petrov will face the leaders of the two largest parties in Parliament in the 25th electoral district - Boyko Borissov of GERB and Kornelia Ninova from BSP. An epic clash is brewing - the personal popularity of the first couple versus the traditional party allegiance standing behind the second couple.

Clash in the city of kings

The second most interesting battleground this coming November would be the old Imperial capital of Bulgaria, Veliko Tarnovo. There, Democratic Bulgaria (DemBG) co-chair Hristo Ivanov will face off MRF strongman Delyan Peevski.

Until just a few weeks ago, it seemed as if Mr Peevski - once the owner of the country's largest newspaper conglomerate and hidden owner of dozens of businesses - had been sidelined from public affairs. He did not appear in his party's lists during the previous two elections after being part of all the previous four Parliaments (despite rarely even bothering to attend plenaries or committees at all). Then, in early June, he became the target of the Magnitsky Act anti-corruption sanctions imposed by the US Treasury department and the Bulgarian institutions.

He reappeared in public for the first time at the beginning of October, when he was invited to give testimony before the State Security Agency, DANS. "You will get the chance to see me more often," Mr Peevski promised journalists. And he duly delivered - a few days ago MRF announced its candidates for Parliament and President and he appeared on top of the Tarnovo list. The news overshadowed the fact that the MRF nominated an ethnic Turk - its chairman Mustafa Karadaya - for President. It was perceived as the party showing defiance in the face of the Magnitsky sanctions and attempts to corner both MRF and Mr Peevski.

Mr Ivanov, whose party grew on the crest of its crusade against the capturing of the Bulgarian state by GERB and MRF, exemplified to a large extent by Mr Peevski's rise to riches, saw this as an opportunity to bolster DemBG's support and decided to run against the latter. He moved his registration from the "leaders' battleground" in 25th constituency to Tarnovo and invited Mr Peevski to a public debate (which the latter, of course, refused). Still, their clash will be compelling, even if it is not face-to-face.

The city where the tables start to turn

Lastly, we take a look at Ruse. The largest Bulgarian city on the Danube is one to watch as it has quite often voted against current political tides, making it a harbinger of change. The country's first anti-Communist protests kicked off there in 1989 (as environmental protests), later it was one of the very few cities to throw out a GERB mayor in 2019, foreshadowing the party's national decline. And, most recently, Ruse voters were the first (alongside Pleven) to back Slavi Trifonov's TISP party in the April elections - three months before the party won the subsequent elections.

Maybe Rusentsi (as its inhabitants are known) have a sixth sense or maybe they just like to go against the waves, but it is very likely that they will vote differently in the upcoming elections once again. The main reason for that is that the second most popular face in We Continue the Change (after Mr Petrov) is from the city. This is entrepreneur and founder of the largest and most successful Bulgarian courier company, Econt, Nikolay Sabev. Mr Sabev's entry into politics was almost as surprising as Mr Petrov's - he never showed any political ambitions before he got Mr Petkov and Mr Vassilev's invitation and was perceived simply as a very successful businessman. His entry into the political struggle for his landmark hometown might spur change in this trendsetter city.

On 14 November, Bulgarians will go to vote for Parliament for the third time this year. The fact that it is a "2 in 1 vote", combined as it is with the Presidential election, will hopefully ensure that voter fatigue doesn't reduce turnout too drastically. Yet, most parties - new and old - still have to scramble for votes, but do not really have the tools to do so.

The "old" parties are mostly relying on their core supporters and nominating the same people they did on the previous two occasions, while the new "wild card" in the campaign, We Continue the Change, proposes brand new faces.