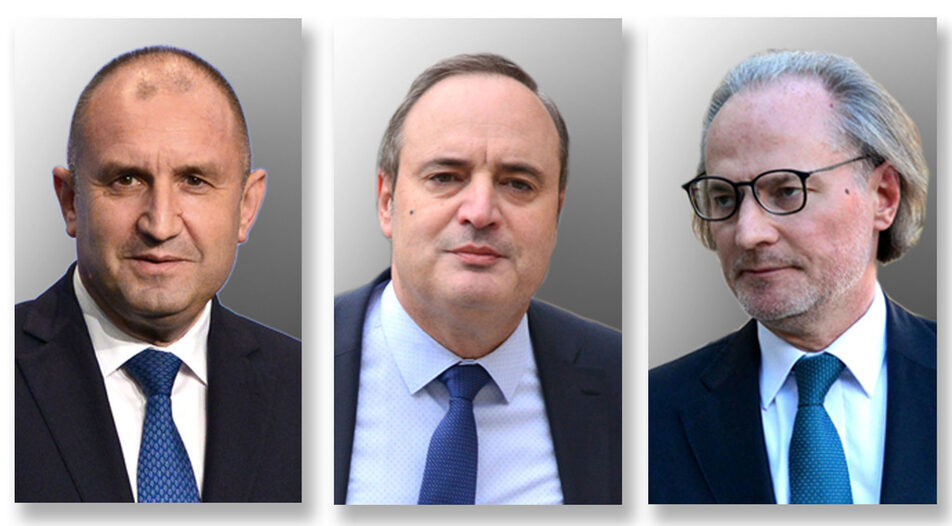 Ending with a bang: How the November elections got exciting

Ending with a bang: How the November elections got exciting

Bulgaria could be on the verge of a systemic change for the first time in over a decade this autumn. New, anti-status quo parties promising good governance and integrity have the potential to sweep the 14 November Parliamentary election.

After two false starts en route to genuine change, the clueless party of showman Slavi Trifonov - TISP, will probably lose votes and regress in the new Parliament. But a new expert-led centrist movement looks poised to take the lead in forming a workable coalition. Two ex-caretaker ministers and Harvard alumni, Assen Vassilev and Kiril Petkov, are promising to make the National Assembly vote - the third one this year - the most exciting one yet.

Meanwhile, what looked like а one-horse presidential race, or at least an easy win for incumbent candidate Rumen Radev, suddenly got interesting last week. Two serious candidates - the rector of the largest university in Bulgaria Anastas Gerdjikov and outgoing Supreme Judicial Council (SJC) head Lozan Panov announced their bids to become Head of State, and received the backing of GERB and Democratic Bulgaria, respectively. Although it will be hard to dethrone the country's most popular (by a long margin) politician, their entry would make the Presidential race more competitive, and by extension - the battle for seats in Parliament.

The sum total of these developments is that Bulgarian politics at the end of this crazy year might look very different from the situation in January.

Two pivotal developments in recent months will impact the upcoming parliamentary vote. The first one is the likely collapse of Trifonov's There is such a people (TISP) party.

Polls show a huge erosion of support for the party that won the July election with about a quarter of the vote - and, respectively, the same proportion of MPs in Parliament. According to Gallup International - Balkan's 29 September survey, only 12.3 percent of those intending to vote will back TISP, half the percentage the party got on 11 July.

The reasons for their downfall can be summarised succinctly - they were clueless and hopeless. It all started with Mr Trifonov announcement of a cabinet the day after the 11 July vote, long before any coalition talks started. The message was clear - TISP does not negotiate, it just names its cabinet line-up and leaves others to take or leave it.

Obviously, this did not please the other "protest" parties. What is worse, TISP did not even try to learn their lesson and, after withdrawing the first cabinet, announced a second one in similar fashion - without any preliminary discussions with the supposed partners.

"Coalition has become a dirty word," TISP Parliamentary head Toshko Yordanov told MPs, and his party had no intention of getting its hands dirty by talking to anybody. Of course, this backfired massively - TISP's second supposed nominee for Prime Minister, lawyer Peter Iliev, was revealed to have plagiarized part of his dissertation (later that claim was confirmed by Sofia University's Ethics Committee). The last-minute replacement of Mr Iliev by former swimwear merchant and MP Plamen Nikolov was also rejected by all possible partners who viewed him as an unknown novice.

And the rise of the new Harvard-led hard-hitter

As the amateurish populism of TISP collapsed, an even newer messianic project replaced it. Its name is "We Continue the Change" and it was announced just a fortnight ago by Harvard-educated businessmen and economists Kiril Petkov and Assen Vassilev. The two capitalized on the skyrocketing popularity they acquired during their four month-long tenures as caretaker ministers of Economy and Finance, respectively.

There are indeed many grounds to be optimistic about the new project - Mr Petkov and Mr Vassilev showed that they are competent and that they can, with decisive actions, improve how key institutions work. One such example was the fight for the Bulgarian Development Bank that saw Mr Petkov change the managing board and the rules for distributing credits. Or Mr Vassilev's successful uphill battle to update the state budget, and, especially, to increase state pensions before an inevitably hard and expensive winter. The former caretaker Finance Minister also exposed GERB's schemes of allocating large infrastructure public procurements to a cartel of companies without any scrutiny.

On the other hand, launching a party just two months before the elections, without structures, ideology or a program (beyond "good governance") makes the whole endeavor risky. Only time will tell whether their business acumen and can-do attitude can compensate for these omissions. So far pollsters seem optimistic - Market Links and Trend agencies projected 8-10 percent support for the new movement even before they officially launched it. And the latest Gallup poll raised the bar even further just two weeks after the announcement of We Continue the Change, placing them second behind GERB with 15.2 percent support.

Last-minute drama in the Presidential vote

To enliven things even further, the Presidential vote - whose first round will take place on the same day as the Parliamentary election - also got interesting.

Until just a week ago, incumbent President Rumen Radev's reelection seemed a shoo-in. Apart from being the country's most popular politician (on 59 percent public support, according to an August Market Links poll) he also has the support of half of the parties from the last parliament - BSP, TISP and Stand up Bulgaria.

None of the remaining big parties rushed to nominate an opponent, as it was likely that their best hope was to "graciously lose" to Mr Radev. But this changed last week with two well-known and respected candidates joining the race. First up was Sofia University rector Prof. Anastas Gerdjikov, who immediately received the backing of the former ruling GERB party. A few days later, outgoing Supreme Judicial Council President Lozan Panov followed him, with DemBG supporting his nomination.

Mr Panov is a respected anti-status quo figure in the MRF-dominated judiciary and personally popular. A good public speaker who is perceived as a voice of reform amongst magistrates, he would definitely boost DemBG's overall performance, even if he does not beat Mr Radev in the end.

Prof Gerdjikov is less charismatic and popular, but he can rely on GERB's significant hard core of supporters, plus parts of the anti-Radev intelligentsia, which criticize him for his increasingly politicized role over the past year.

Although it's premature to say that either nominee poses a significant threat to Mr Radev's reelection, their inclusion will certainly make the campaign more dynamic and more open.

With the entry of these new players into the race, Bulgarian politics appears more interesting than ever. The confluence of two elections, which is a unique occurrence in the country, promises to shake up the system profoundly.

The effects of all this is hard to predict. Even if anti-status quo forces manage to pull off a sweeping victory, could that really transform into a working coalition of change? And how would the upcoming winter, which is certain to be a hard one with the increase in Covid-19 cases, energy prices and inflation, impact such a coalition? All these questions loom large on the eve of the November 2 in 1 election.

Bulgaria could be on the verge of a systemic change for the first time in over a decade this autumn. New, anti-status quo parties promising good governance and integrity have the potential to sweep the 14 November Parliamentary election.

After two false starts en route to genuine change, the clueless party of showman Slavi Trifonov - TISP, will probably lose votes and regress in the new Parliament. But a new expert-led centrist movement looks poised to take the lead in forming a workable coalition. Two ex-caretaker ministers and Harvard alumni, Assen Vassilev and Kiril Petkov, are promising to make the National Assembly vote - the third one this year - the most exciting one yet.