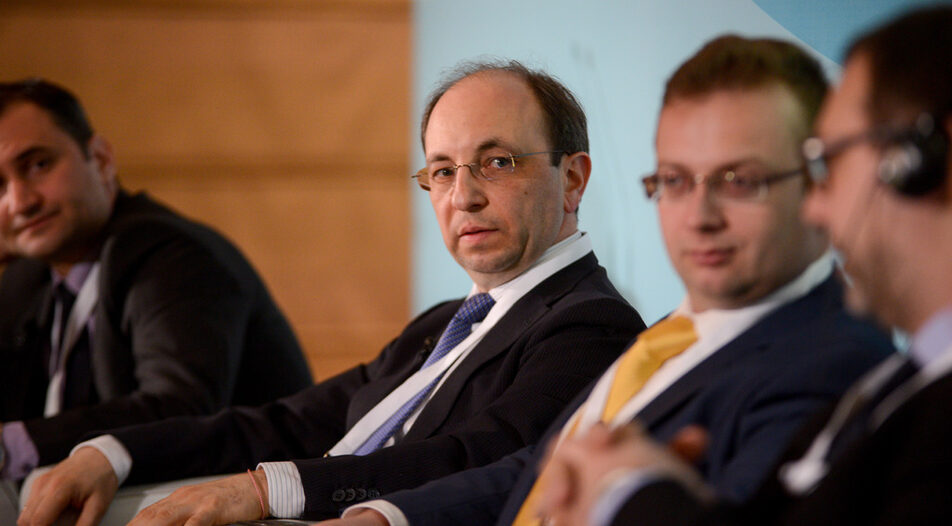 With GERB and There is such a people running neck and neck, the showman nominates Simeon II acolyte Nickolay Vassilev for Prime Minister and spurns coalition

It's different this time. Bulgaria woke up today, a few hours after the polls closed, to find a concrete proposal for a new government and a face behind it.

Although final results are still pending, Mr Slavi Trifonov, leader of the There is such a people (TISP) party, announced over a Facebook video at 11:00 AM on Monday that the party does not plan to seek a coalition, but will propose an expert cabinet composed of various foreign-educated professionals tasked with passing specific reforms.

This completes a full cycle from the previous elections, where Mr. Trifonov's party came surprisingly close to GERB but was unprepared and unable to propose a government, thus triggering fresh polls. TISP's chances of success will depend on the two smaller "protest parties" - Democratic Bulgaria and Stand up! Out with the thugs!, as well as the other anti-GERB party: the Socialists.

Advertising
The old face and the new ones

The cabinet will be headed by former Economy Minister Nickolay Vassilev (pictured above), who was part of the party of ex-king Simeon Saxe-Coburg-Gotha NDSV and two governments in the early 2000s.

Most of the other nominated ministers are lesser known, younger faces from various domains with predominantly US education and experience in Western Europe and the USA. These include economist Mariya Boychinova, a 34-year-old Wall Street financier for Finance Minister, 39-year old Nataliya Miteva, formerly program director at the America for Bulgaria Foundation, for Education Minister, and 31-year old immunologist Velislava Petrova for Healthcare Minister. More experienced faces include career diplomat, former attache to Germany and Austria and caretaker Foreign Minister, Radi Naydenov for MFA head, as well as longtime bureaucrat in the Economy ministry Lyubomir Datsov as its head.

In his speech Mr Trifonov introduced the priorities of the cabinet, kicking off with the construction of "as many kindergartens as needed" and a brand new children's hospital. He added that this cabinet should complete the construction of highways, change public procurement legislation in order to stop direct appointment of contracts, privatize the Bulgarian Development Bank, and eliminate specialized prosecution and court institutions.

Other notable priorities include completing the Greece-Bulgaria gas interconnector, digitalizing the Bulgarian administration and cutting its personnel, and introducing e-voting and majoritarian elections in line with demands from the 2016 national referendum instigated by Mr Trifonov.

Last, but not least, Trifonov showed that he has kept his talent for grandstanding - sending two Bulgarian astronauts, and one N. Macedonian, on a joint NASA mission to space.

Main takeouts from the vote

Mr Trifonov's proposal comes after his party came neck and neck with GERB at the 11 July elections and still has the chance of winning first place with just under 24 percent of the vote.

First of all, the significant electoral shifts

Secondly, the low electoral turnout, which can be interpreted in various ways. According to the parallel count by several agencies and preliminary information by different Regional Electoral Commissions, it stands at around 40-41 percent, almost 10 percent lower than in April (50,61 percent). This is the lowest recorded turnout in national Bulgarian elections, if we exclude European Elections.

The explanation? Voting fatigue, the summer vacation season and the hit corporate voting took over the last couple of months after the introduction of compulsory machine voting and the anti-vote buying operations of the police.

The effects of the Internal Ministry campaign against vote-peddling - under the leadership of caretaker minister Boyko Rashkov - and the educational 'expertise' necessary to master machine voting need special attention. Local media in urban areas densely populated by the Roma minority - one of the groups most susceptible to vote buying schemes - has reported that turnout among this is way down on April's.

In certain Roma-dominated areas like Stolipinovo in Plovdiv, Vetovo near Ruse, and Dobrolevo near Vratsa, turnout has fallen not only below April levels (around 50 percent) but down to 25-15 percent. This result is certainly at least partially due to the effective anti-vote buying efforts of the police in recent weeks, which increased the number of investigations of voting fraud by 400% compared to April.

Whatever the reason for the low turnout, it ought to serve as a warning to all political parties that Bulgarians' patience is running out.

Older people, alongside the Roma, might also have been disproportionately affected by the machine voting requirement, which likely impacted BSP's performance. The combination of measures by the caretaker government, and changes to election rules by the short-lived parliament, seem to have dramatically affected turnout in traditionally problematic polling stations and to have contributed to lower voting among the elderly and less educated.

Although the long-term effects of these changes are open to interpretation, some patterns have emerged. Controlled voting was much more limited this time around; its absence had notable effects on the result and the police are fully capable of restricting vote buying schemes - if the political will is there.

Machine voting might have resulted in more limited participation, but it has surely made elections run more smoothly. While GERB, and Mr Borissov personally, tried to allege that machine voting was chaotic to the core, the general picture indicates otherwise. Slight hiccups were recorded with separate machines in fewer than 0,5 percent of the polling stations - that is, 50 out of 14,000 machines had some issue and the respective polling sections had to switch to ballots. But this is hardly a major obstacle.

The effect of this was quicker voting, quicker filling of the voting protocols by the polling committees and no more nighttime queues in the Regional Committee's ballots drop-off zones. By 8:00 AM on Monday, over 95 percent of ballots were counted - something that was unthinkable back in April. Gone were the midnight, hysteria-filled scandals of previous elections. Instead, Bulgarian TV stations barely had any issues to report as the quiet and orderly vote-counting progressed.

It's different this time. Bulgaria woke up today, a few hours after the polls closed, to find a concrete proposal for a new government and a face behind it.

Although final results are still pending, Mr Slavi Trifonov, leader of the There is such a people (TISP) party, announced over a Facebook video at 11:00 AM on Monday that the party does not plan to seek a coalition, but will propose an expert cabinet composed of various foreign-educated professionals tasked with passing specific reforms.