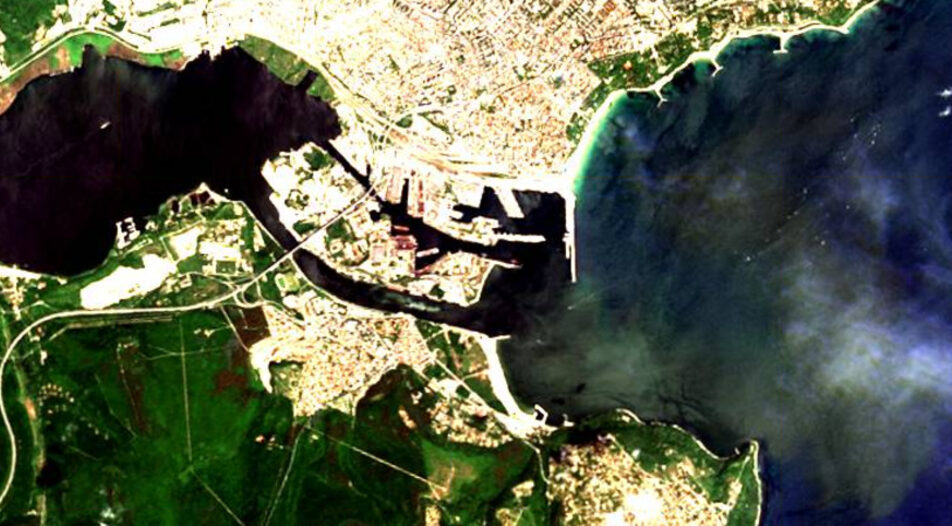 The week: Kings of corruption named, Fresh start looms, 5 companies got 400 million euro from the budget

The week: Kings of corruption named, Fresh start looms, 5 companies got 400 million euro from the budget

Good day to you, dear readers, and welcome to another week in the land of dirty fairy tales (no, not that kind of dirty). Before we continue to the main menu - and this week it is delicious, let me offer you a starter.

You have a lake. It is next to a big city. A pipeline runs through it. You don't have enough money to put it under the lake, so you apply for funding. In this case, because you are part of the European Union, you get some EU funding - 5 million euros, to be precise. You get the money, pay a company to do it and bury the pipeline underneath it.

Sounds rather simple, doesn't it? Except it's not. You haven't accounted for corruption and mismanagement.

The company doing it has to pay a cut to the people deciding on the procurement (what's known as a kickback). Then they lower the costs because the money is no longer sufficient. The most obvious way to do that is to NOT dig the pipe in, but rather leave it on top. After all, who would notice if it is on the bottom of a lake? Of course, you KNOW that the people supervising your construction are not going to say anything - they are in on the deal.

But there is a reason the pipe needs to be buried: large ships pass through the lake. One of them tears a hole in the pipe and shit (literally) starts spilling out into the lake - the pipeline holds the wastewater of several neighborhoods. The city governance tries to hide this but you can only hide a river of shit for so long: some months later the change in the water is obvious (look at the photo above and notice the brown spots in the water).

There are two reasons I'm telling you this story.

The first one is that the Black Sea city of Varna this week is planning yet another repair of the pipeline running along the bottom of Varna lake. It has cost the city more than 700 thousand euros up to now to try to repair the torn pipe. As satellite images show - to no effect.

The second reason is a metaphorical one: corruption, like the river of shit, can only remain hidden until a certain point. It seems that the tipping point for Bulgarian corruption was reached yesterday and it has become visible from across the ocean - see below. Maybe now we can finally start cleaning it.

The US recognizes Bulgarian King of corruption

With the single biggest slap under the "Magnitsky" act, the US Department of Treasury imposed sanctions on the oligarch and former MRF Member of Parliament Delyan Peevski, businessman Vasil Bozhkov, who is currently in exile in Dubai, and Ilko Zhelyazkov, the current deputy chairman of the Bureau for Control of Special Intelligence Means. While Bozhkov is an interesting figure from the murky 90's and a gambling tycoon in exile, it is Peevski that seems to be the focus of the act.

The unofficial "King" of the shadowy part of Bulgarian political and economic life, in the past decade Peevski managed to acquire a vast array of media, to exert significant influence over the prosecution service and to act as the silent partner to most GERB governments. Rumor has it that many of the large procurement deals in Bulgaria required his approval, and many of his opponents were persecuted by various state institutions.

The US naming him openly as involved in "significant corruption" and placing him under sanctions will remove any cover Peevski used to have as being "just an MP" or a "businessman".

Peevski? Never heard of him

The ex-PM Boyko Borissov reacted angrily to journalists' questions about his relationship with Peevski. He knows him only as an MP, said Borissov, notwithstanding the fact that he has governed the same country for the past 12 years. Probably not the best line of defense, given the things the US said officially: that Peevski and his "lieutenant" Zheluazkov extorted public figures and members of the government for information and favors and ran a scheme for Bulgarian citizenship, amongst other things.

First in the EU, finally

Bulgaria arguably is the first country in the Union to incur sanctions under the Magnitsky act - a law mainly pointed at corrupt public officials. Not a word yet from the European People's Party (GERB partners), or from ALDE (MRF and Peevski partners).

This can be taken as a sure sign of the beginning of the end of the "Peevski" era in Bulgarian public life. Coupled with the dismantling of bank schemes and the secret services capture we already told you about, there is now fresh hope that the coming elections will usher in change. Optimism is often misplaced in this part of Europe, but it might be time to bet on better conditions for foreign investment in Bulgaria.

Expenditures exceed revenues by 173 million levs due to the rapid increase in public costs. Total consolidated expenditures increased by 26% on an annualized basis whereas revenues were up by about 16%. The 2021 Budget has been set at a deficit of 4.9 billion levs at the end of the year.

However, this estimate is based on the assumption that anti-crisis measures would have been in place only until March. But in recent months many of them have been extended until June through a restructuring on the expenditures' side of the budget.

On that note: 400 million euros to 5 private companies from the state

About 400 million euros have been paid by state-owned Avtomagistrali to private companies without clear rules, the National Audit Office found. A significant number of the tasks that the state-owned company has received from the Road Infrastructure Agency (RIA) have been forwarded and "the contractor has been replaced", which is absolutely contrary to the law. In practice, the audit report confirms what Capital and other media have repeatedly stated - that Avtomagistrali bypasses the Public Procurement Act and outsources billions of levs to "favored" companies with no competition, transparency or accountability.

Strong domestic demand has limited the economic contraction so far, but slow vaccination efforts could delay the expected economic recovery, according to the report. In the medium term, EU fund inflows, including from the Next Generation EU instrument, will support economic growth. The agency expects that Bulgaria's economic recovery over the next two years will not incur any external or financial sector imbalances which should enable quick fiscal consolidation and keep public debt low.

Prices in industry are way above last year's levels

According to data from the National Statistical Institute, prices in the industrial sector have been going up over the past few months. In April, industrial inflation reached 9.8% on an annualized basis - not surprising considering the sharp increase in the prices of commodities like aluminum, steel, oil, etc. In mining, the increase is 20% (stemming primarily from metal ores, likely copper ones). Meanwhile, price increases in the production of base metals, foods, and chemicals have driven average prices in manufacturing up 10.9% compared to the same period last year. In energy, prices are up 5.5% compared to April 2020.

...Have been declared in the first quarter of 2021 compared to 2020. This is probably partly due to the economic freeze in 2020 when everyone just laid low, but also probably a sign of economic destruction playing its part and clearing up the field. There is a 21% growth in new companies' creation.

The largest distributor of organic food and beverages in Bulgaria - Smart Organic, has become the official distributor of the world leader in vegetable "meat" production - Beyond Meat. The Bulgarian company also holds the exclusive rights for Northern Macedonia, founder and owner of Smart Organic Yani Dragov told Capital Weekly. For the time being Smart Organic will offer three types of plant-based "meat": Beyond minced meat, Beyond burgers, and Beyond sausages.

The Ruse-based manufacturer of sports and electric cars Sin Cars Industry managed to raise 2 million levs in its IPO on the market for growth of SMEs (BEAM) on the Bulgarian Stock Exchange (BSE). The interest in the supply was very high - the submitted orders were almost three times more than what was offered, or about 6 million levs. The company will use the funds raised for the production of electric cars.

As of June 1, natural gas has risen by another 20%. On an annualized basis, the most recent increase brings the total to about 122% above last year's price. The growth rate is a kind of record - both in terms of monthly change and as an absolute value - the last time the tariff was over 45 levs / mWh was the second quarter of 2019 (when the price was still determined on a quarterly basis). The reasons for the increase are complex - from the increased tariffs on the stock markets to a short repair along the route of "Turkish Stream" in Turkey.

Yet again, the former deputy Prime Minister changes track. Just a few months ago she was announced as the new head of the Supervisory board of Sofia airport. She is now set to become the new deputy-director of DG "Budget" in the European commission - the highest administrative position any Bulgarian currently holds there. She will be responsible for new debts and financial instruments, making her, in effect, the person overseeing the new Recovery and Resilience loans.

He resigned, than retracted his resignation, a full year and a half later. Yet Mihaylov will still be president of the Bulgarian Football Union, decided Sofia City Court.

Good day to you, dear readers, and welcome to another week in the land of dirty fairy tales (no, not that kind of dirty). Before we continue to the main menu - and this week it is delicious, let me offer you a starter.

You have a lake. It is next to a big city. A pipeline runs through it. You don't have enough money to put it under the lake, so you apply for funding. In this case, because you are part of the European Union, you get some EU funding - 5 million euros, to be precise. You get the money, pay a company to do it and bury the pipeline underneath it.