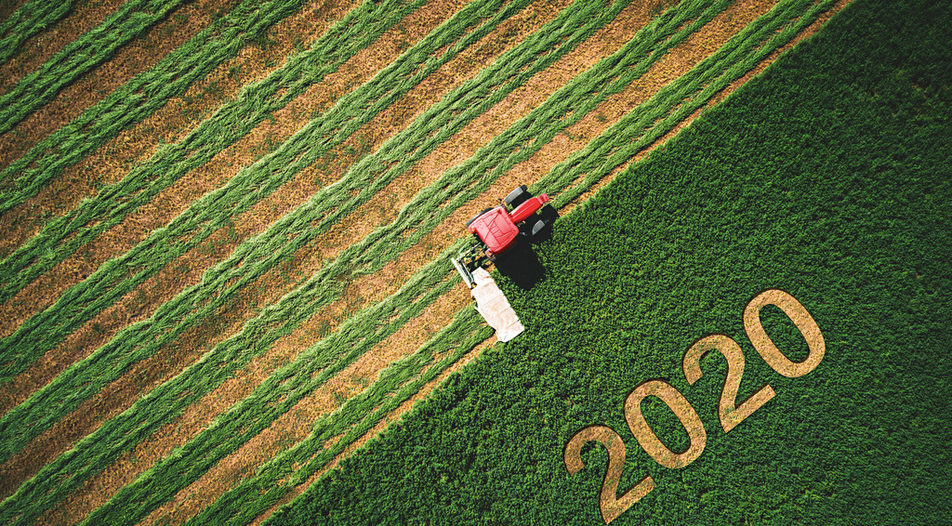 Agriculture sector in Bulgaria: Calm during the pandemic, getting ready for records

Agriculture sector in Bulgaria: Calm during the pandemic, getting ready for records

Agriculture is probably the one sector where the virus was not the deciding factor last year. Here, as it has been since time immemorial, the climate remains the dominant force.

For years now grain takes up 90% of the agriculture sector in Bulgaria. Therefore, the largest companies produce and trade wheat, corn and sunflower seeds. The global economic environment affects the sector but the weather and relatedly the yields are more impactful.

After the incredibly strong harvest in 2019, last year the yields were smaller due to drought. This led to higher prices, especially for sunflower oil. Data from the ministry of agriculture shows that the droughts last year wiped out 20% of the grain harvest. This can be seen in the annual reports published with the rankings. On average revenues decreased by 1.5% even as profits increased.

This year the wheat harvest is expected to be record-high. High corn yields are also expected while prices are not expected to decrease much more. A near full monopoly in the grain sector, powerful tenants and a few middlemen intertwine to form the largest outstanding problem in the Bulgarian agriculture sector. They receive huge funding in subsidies (3 billion lv. annually). It is telling that not a single fruit or vegetable producer made the rankings.

A bird's eye view of the grain sector

Last year the harvest was meager but the prices were good. "This year the grain harvest will be record-high: 8 million tons. The expected corn harvest is 5 million tons. A 15% growth is expected in the sunflower yield. The total volume there will be around 2 million tons," Arthur Akopian who is the largest player in the sector told Capital. Based on the rate of inflation, it is unlikely that prices will decrease significantly.

The value of wheat, corn and sunflower seeds which Bulgaria exported in 2020 is 3 billion lv. which is only 250 million lv. less than the previous year.

This year also had a strong start. From January to April exports equal 1.2 billion lv. compared to 1.1 billion last year.

Bumping heads at the top

US-owned Cargill Bulgaria holds the lead for a third year in a roll. The company's annual reports for the previous two years show that it held 16% of the grain and oilbearing crops market in the country. In 2020 the company's revenue and profits dipped.

In 2013 Cargill opened a maritime shipping services office in Varna. Seven years ago it also launched a financial and logistics operation out of Sofia. The number of employees there has increased by 150-200 people each year. In July this year the company announced that it is expanding its IT department. The revenues from these services exceed 70 million lv. If we take this into account, Cargill would probably rank second based solely on its agricultural activities.

Export-focused Bulgarian trade company Sevan comes in close second. The Burgas-based company, owned by Arthur and Armen Akopian, trades in wheat and cultivates 10,000 ha of land. According to Arthur Akopian, trading has become increasingly challenging. Prices are too inconsistent and profits are shrinking. However, Akopian predicts that the upcoming harvest will be really strong which would lead to better financial results.

China and all the other foreigners

Chinese hegemon Cofco which had its Bulgarian debut 3 years ago now ranks 3rd. Despite the pandemic, in 2020 the Chinese corporation had 77 billion dollars in revenue. The Bulgarian branch of the company refuses to communicate with the media so its future plans are unknown.

US-based trading company ADM ranked 19th in 2020 after it had been in 5th position the previous year. According to Sylvia Yordanova, a representative of the company, the slide in ranking has resulted from a turbulent restructuring.

Trading giant Glencore which has rebranded itself as Viterra is expected to make a comeback next year. The company disappeared from the Bulgarian market five years ago after it sold a large portion of the shares in its agricultural division to two financial investors.

Read more about it here:

Agriculture is probably the one sector where the virus was not the deciding factor last year. Here, as it has been since time immemorial, the climate remains the dominant force.