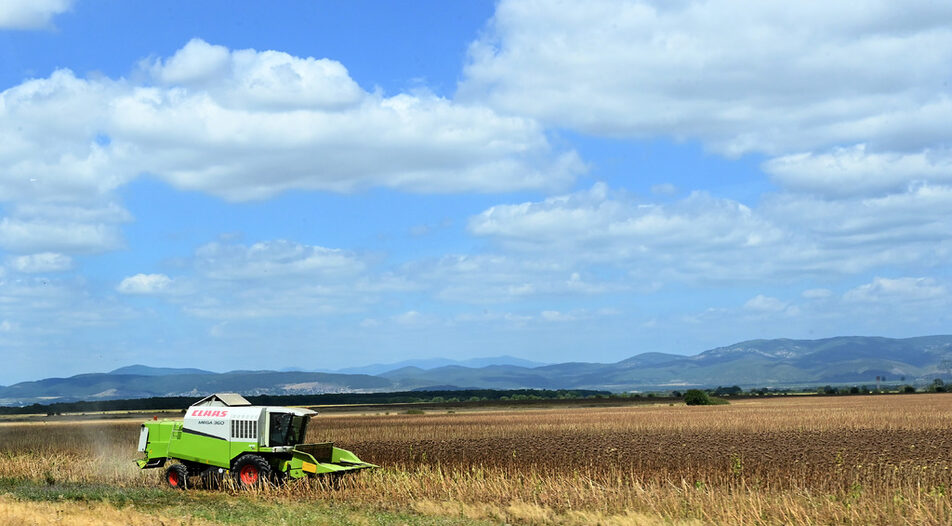 The biggest in the agriculture sector

The sector is rather multinational in its top and Bulgarian-owned in the lower ranks.

US-owned Cargill Bulgaria holds the top spot for a third year in a roll. The company's annual reports for the previous two years show that it held 16% of the grain and oilbearing crops market in the country.

Bulgarian Sevan comes second with its trade in wheat. It cultivates 10,000 ha of land. Chinese hegemon Cofco which had its Bulgarian debut 3 years ago now ranks 3rd. US-based ADM also comes in the top 4.

Several local grain producers and traders are also in the rankings. Bildcom which is part of the same group as sunflower oil producer Oliva owned by Angel Georgiev ranks highest among them. Bildcom focuses mostly on wheat. The revenue drop is mostly due to price changes and would most likely be made up for next year. The company's profitability did increase last year.

Risoil Europe ranks 5th. The company is co-owned by Ukrainian national Alexander Minov who has ties to Ivan Angelov and Luka Angelov, owners of local poultry producer Gradus. Risoil buys wheat and unrefined sunflower oil from Ukraine and resells them in the EU.

The Sevlievo-based Baldjievi 91 is part of Balea group along with eight other agricultural companies. According to the company's website, it cultivates about 5000 ha of land, stores and sells grain. The company controlled by Dragomir Baldjiev and Masha Baldjieva also sells fertilisers. Judging from its previous years' reports, the company made most of its revenue from selling grain and fertilisers. Its revenue and profit both increased slightly last year.

The next company, Euroconsult is quite mysterious. It has only 1 employee and traditionally has big revenues. Its owner Vasil Mihaylov Vasilev also owns the processing company Europak-Popovo. It looks like the company mainly buys and stores sunflower seeds. It also trades in processed sunflower oil. The company's annual reports show that it outsources the processing of the sunflower seeds. 60% of its sales are made on foreign markets.

The Montana-based ACM focuses mostly on seeds and fertilisers. It also trades in grain. The company is owned by Kirin Ivanov who also owns Zlatia Agro (which ranks 24th). This is the producer who receives the single largest share of agricultural subsidies in Bulgaria: 6-7 million lv. annually. The exact acreage the company cultivates is unknown. However, it is widely believed that ACM cultivates more than 10,000 ha of land in northern Bulgaria. It has been valued at 62 million lv.

Dichevski is featured in the rankings through Oktopod-S and Sortovi Semena- Vardim. It's too early for a 2020 consolidated report but in the previous year the holding's revenue topped 260 million lv. (which means it would rank much higher than any of its members). The holding also operates two ports on the Danube under concession contracts.

One of the largest traders in Bulgaria's north is Farm Sens. Its sales decreased in 2020 but profits did not. The company owns six grain storage facilities and has branches in Switzerland and Singapore as well as an office in Romania. A connected company cultivates 3,000-4,000 ha of land.

Agria Group Holding ranks a little lower. The company's logistics centres store and trade about 800 thousand tons of grain and oil bearing crops. The holding has 350 million lv. in revenue for 2020. It cultivates 15 thousand ha of land and owns an oil producing facility.

The other group which increased its revenue is Magic Flame. Last year the peeled sunflower seeds producer acquired Klas Olio for 25 million lv. Magic Flame's business started with grain trade. The company works with international corporations and has storage facilities in Varna and Dobrich. Magic Flame has gradually expanded its business - first by starting to refine sunflower seeds, and later by launching pellet production. This year Magic Flame has to finish the construction of a new peeled sunflower seeds production facility. The new asset will increase the company's output capacity by 50%.

Other grain and fertiliser producers also entered the rankings. The Stara Zagora-based pork producer Ajax-1 made the rankings for the first time this year.

The sector is rather multinational in its top and Bulgarian-owned in the lower ranks.

US-owned Cargill Bulgaria holds the top spot for a third year in a roll. The company's annual reports for the previous two years show that it held 16% of the grain and oilbearing crops market in the country.