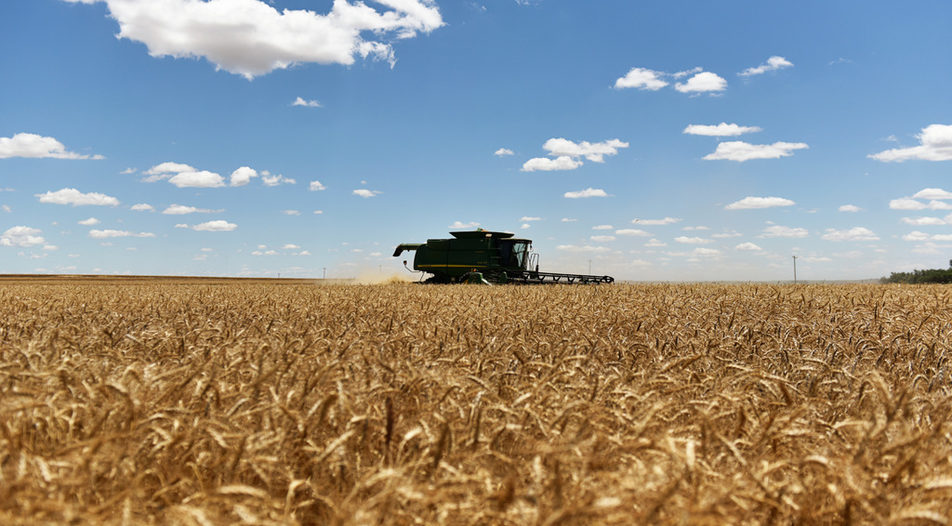 Top 20 in agriculture: Good prices and a good crop

Top 20 in agriculture: Good prices and a good crop

The grain business thrived, as the good harvest and higher prices brought in more revenue.

The grain market has weathered a surprising patch recently. In a sector in which sharp market fluctuations over the span of a few months are the norm, the last 5-6 years have seen stable prices at relatively low levels. Last year could have been an exception, as international grain prices started to increase, affecting the domestic market.

At the end of last year's summer harvesting, the first data from Bulgaria's agriculture ministry indicated that feed and food grain prices were about 20% higher than in the previous season. Representatives of the sector believe things settled down soon after. Data from the European Commission's Agricultural Directorate on wheat prices in the Black Sea region, which includes Bulgaria, shows they stabilized at about 210 euro per ton at the end of 2018, a 20 to 30 euro increase on September. Shortages on the international markets drove prices up.

The agriculture ministry reported a record national wheat harvest of nearly six million tons in the summer of 2017, backed by a higher average yield and favorable weather conditions. It also reported increases of 4% and 8% of corn and sunflower harvests, respectively. Bulgaria's wheat output fell to 5.7 million tons in 2018, as yield dropped by 6.3%, according to the agriculture ministry´s data.

In this context, 15 of the 20 biggest companies in the agricultural sector posted a revenue increase of 10% on average in 2018, whereas 18 in the group finished the year with a profit. Profitability varied but stood within low margins, between 0.3% and 5.44%.

Traditionally, the largest companies in the agricultural sector are wholesalers of oil bearing crops and grain, while some also trade in other products like seeds and crop control chemicals. The Top 20 group also includes several of the largest grain and feed producers like Viand. Most of the companies in the Top 20 are run entirely by Bulgarian capital and export mainly to the EU. There are two US-based companies as well. Additionally, more and more companies have been attempting to enter other markets, chiefly in the Middle East and Asia.

Once again, the 2018 ranking is headed by the three largest grain wholesalers in the country, with the only difference that number one and number two have swapped positions from the previous year. The highest revenue was reported by the Bulgarian subsidiary of US-based company Cargill, increasing by 55% to 617 million levs. Cargill Bulgaria saw revenue growth in 2017 as well but it was considerably lower.

Aside from its trading activities, Cargill Bulgaria has over the past five years developed one of the largest service centers operated by the global company. Its Sofia division performs services in Europe, the Middle East and Africa in the financial sphere, transportation and logistics, strategic supply and delivery, as well as HR management. The company employed 1138 people, which makes it the top employer in the agri sector and among the largest employers in Bulgaria.

The company says that it held a share of 9% of grain exports in marketing year 2016 and 10% in 2017. It is clear that the quantities have risen, which combined with the price jump has led to a big hike. According to the breakdown in the company's annual report, revenue from sales last year was 540 million levs and revenue from services amounted to 64 million levs. The latter figure probably reflects the contribution of the service sector and has less to do with Cargill Bulgaria's third line of business - logistics and transportation.

Burgas-based grain trader Sevan is second in the Top 20 group in 2018 after topping the chart in each of the previous two years. The company reported a revenue of 363.9 million levs, which is an 18% decrease on the previous year. The CEO and main shareholder of the company, Artur Akopjan, explained that in the last marketing year (July 2018 to July 2019) the company grew its revenue by about 5%. He was also confident that profits would remain at the same levels. It reached 6.83 million levs in 2018, which is the second-highest profit among the Top 20 after the earnings of 7.4 million levs of Sevlievo-based grain and crop control product wholesaler Baldjievi 91.

Sevan's annual financial report reveals that the company is continuously investing in new grain warehouses and in expanding its transportation fleet. In 2018 it purchased 100 trucks and trailers and now operates 200 semi-trailers. Sevan has so far invested over 7 million levs in a grain warehouse under construction in the town of Svoboda.

US-owned ADM Bulgaria Trading traditionally finds itself among the Top 3 in the ranking, even though 2018 was not among its strongest years as revenue fell by 5.5% and the company recorded 1.98 million levs in losses. In 2017, ADM Bulgaria Trading opened its own grain port in Silistra, on the Danube River, after investing 11 million levs. ADM is also the owner of Razgrad-based corn products manufacturer Amylum, which is undergoing expansion topping 240 million levs.

The others in the Top 20

For the first time, fourth place has been taken by Farm Sense, a company owned and managed by Plamen Borisov. It climbed two spots and increased its revenue by nearly 27%, which according to Borisov was due to the larger quantities of grain traded. The family-operated company, founded in the early 90s, trades mostly in wheat (about 50% of total sales) and operates in northern Bulgaria.

Three more companies surpassed the 200 million levs mark - Baldjievi 91, Euroconsult and Buildcom. Sofia-based Euroconsult trades in grain and tobacco and is owned by Vasil Vassilev and Raycho Angelov. Baldjievi 91 is part of the Balea consortium, which processes and trades grain, and offers seeds, fertilizers and crop control chemicals. Buildcom is the majority shareholder of sunflower seed processor Oliva, which leads the food industry ranking with a revenue of over 560 million levs. Buildcom's 2018 annual financial report shows that the company traded mainly in wheat (66% of sales) and 40% of its revenue came from exports.

Feed manufacturer Viand is also a mainstay among the largest companies in the sector with revenue of 83 million levs, just as much as the companies from the Oktopod group owned by the largest grain producer in the country, Svetlozar Dichevski. Data from 2018 shows that if two of Dichevski's largest companies (Oktopod C and Oktopod Invest Holding, 9th and 10th in the ranking) were one company, it would have ranked 4th. Adding another company from the group (Agro-Svetlozar Dichevski), with its 46.4 million levs in revenue, would put the group in the Top 3 segment.

The most profitable company sits at the bottom of the ranking. Veliko Tarnovo-based Agrokom closed 2018 with a profit margin of 5.44%. The company owned by Grigor Grigorov is a grain producer and wholesaler. Grigorov is also famed for his other investments, like the Tsarigradski residential complex in Sofia and the Britos brewery operated by his daughter. He was a Veliko Tarnovo city councillor from the ruling GERB party and is also a prominent party donor.

The fastest-growing company in the ranking is Corn Trade, a member of the Agria group. Kristera, in 8th place, is also part of this group. Agria Group Holding had consolidated revenue of 277 million levs. Corn Trade is the group's export arm which chiefly deals in grain.

"Exports have been growing in the past year or two, which is the result of the investments made, storage capacities included. This is a planned and natural process. We expect it to continue through the following year," commented the founder and CEO of Agria Group Holding, Emil Raykov. He added that the growth in exports was mostly fueled by the purchase of grain from third parties and farmers, rather than an increase in production, which has remained steady over the past three years. Moreover, the better performance was due to increased volume rather than higher export prices.

The UN food agency FAO expects the world wheat harvest to grow by 1-2% in 2019. The US Department of Agriculture forecasts that the main growth regions will be the Black Sea countries, Argentina, Australia and the EU, where the wheat output will bounce back to 157 million tons after last year's droughts in the western and northern parts of Europe slashed the harvest to 137 million tons. At the same time, the global corn harvest is expected to suffer the consequences of the late spring rains that caused an exceptional delay in the US planting season.

Data from the Bulgarian agriculture ministry reveals that by the end of May the wheat and barley acreage had shrunk by 1.2% and 2.3%, respectively. Farmers have sharply reduced the cultivation area of canola, by 17%. It is expected that these decreases will be compensated by higher acreage put to sunflower and corn, and the first data from the spring planting season shows an increase of 3% and 10%, respectively. Some wholesalers believe Bulgaria will enter the new marketing year with larger reserves from the 2018 harvest.

At a corporate level, 2019 might bring new players among the agri leaders. Valchedram-based Zlatiya Agro is just a step away from the Top 20 group after registering growth for three straight years and reaching revenue of 67.4 million levs in 2018.

The Bulgarian subsidiary of Chinese giant COFCO is also close to entering the ranking after it began trading in grain in 2018. In its first year on the local market, the company achieved sales of 56 million levs. COFCO purchases grain from Bulgarian wholesalers through its Romanian branch.

The grain market has weathered a surprising patch recently. In a sector in which sharp market fluctuations over the span of a few months are the norm, the last 5-6 years have seen stable prices at relatively low levels. Last year could have been an exception, as international grain prices started to increase, affecting the domestic market.