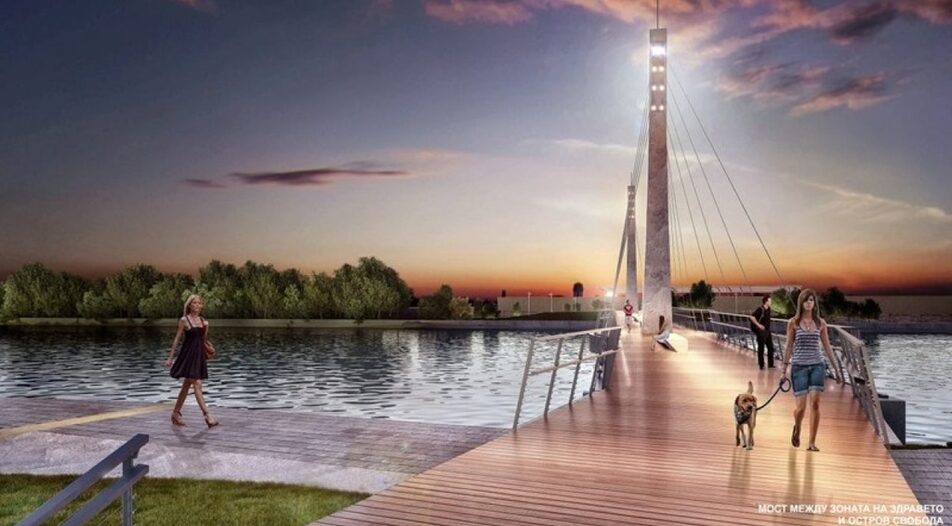 The week: A Mayor’s portrait, Hospitals are crumbling, and a Chef goes astray

The week: A Mayor’s portrait, Hospitals are crumbling, and a Chef goes astray

If your city is not ok, blame it on us; elections are here

This week I'm taking you to meet someone. He's called Todor Popov and this week he was stopped by the police and stripped of his driving license because he declined an alcohol test.

But that's not why he is interesting. Popov is also the long-time mayor of Pazardzhik. I'm sure most of you know, but to recap: this is the largest city between the two main economic centers of Bulgaria (Sofia and Plovdiv). It has a highway, a rail line, and the biggest river flows right through it. It is also in the country's most fertile zone - the Trakia valley.

So, given all this, surely Pazardzhik must be one of the most developed and coveted cities in the country? It has, after all, more advantages than almost any other city.

According to the Institute for Market Economy and their Regional Profiles, the region is lagging behind, achieving almost 50% of the national average in GDP per capita. The median monthly salary in the municipality for 2019 was almost 30% lower than the national average. It hasn't had a single year with a positive population change (meaning it keeps losing its residents). If you take a single big investment - the automotive producer Kostal - the data for the FDIs would also look dismaying.

Sure, Pazardzhik is not the most unpleasant place in Bulgaria, but given all the advantages we listed, it should be flying high as a kite, instead of trailing much of the country.

You might, of course, be as surprised as we were by this attack. Pazardzhik is not a place we write about a lot: it has very little business and lots of troubles (mostly connected with the Roma population, integration and vote-buying).

To be honest, Popov probably said this to pledge allegiance to Delyan Peevski - the Magnitsky-sanctioned mogul of corruption, whom he was meeting as part of the latter's pre-election campaign (and whose main team has always been that Capital is to blame for everything).

Yet this is all a bit rich coming from Mr. Popov, whose 14-year uninterrupted rule has been marked by a scandal for a 1.5 mln. leva-residence, the brutal contract killing of his right-hand advisor and a series of problematic procurements. He, in fact, personifies what's holding back many Bulgarian cities.

To illustrate why, take a look at the picture on top. This is the project for a 1.1 mln levs pedestrian bridge the mayor contracted in haste - to be finished in 30 days. It wasn't of course - it took more than a year to be completed.

You can see the result below.

Since Bulgaria seriously lags behind in vaccinations (only 22.4 percent of its population has undergone the full vaccination cycle), it's hardly surprising that infection rates, hospitalizations and, inevitably, deaths, all skyrocketed in the past week. More than 6,000 people became ill every day, while hospitalizations topped 8,000 people.

The number of patients in intensive care remains relatively stable, numbering about 600 every day. The reason is grim, however - in lots of ICUs the mortality rate is about 50% and in places like Ruse and Sofia it reaches 90%.

The last line of defense is crumbling

Medical facilities had been warning for weeks that they were teetering on the brink. Many major hospitals have now simply given up and canceled all planned operations because they lack personnel and beds for anything outside the COVID wave.

In Sofia the only way to take in new admissions involves close coordination among hospitals so that they don't close the same units, and leave at least one of each working in the city.

The situation is so bad that the Military Medical Academy in Sofia called for volunteers to help out. Thankfully, medical students and people from various walks of life immediately responded to the plea.

Citizens and businesses kept protesting against the COVID certificate restrictions imposed by the health authorities and the attempts of the Ministry of Education to bring back children to school ASAP. In particular, they object to the bi-weekly testing which will be intrinsic to this.

On a more constructive note

Remember road construction companies? So does the police. In a series of raids, the Interior Ministry has entered some of the major companies, in connection with an investigation into how money for "Hemus" highway was spent. Interior Minister Boyko Rashkov has promised lots of juicy details about millions shipped to Dubai, and how infrastructure money was syphoned off to finance vote-buying.

As KInsights has written for years, the huge project in North Bulgaria has been marred by irregularities, so it is good to see the authorities finally taking some action.

Yet, we can only hope this is not simply a pre-election stunt.

Finally: a neo-nazi ends up in custody

Infamous far-right activist and perennial presidential candidate Boyan Stankov (who calls himself Rasate, after a reactionary medieval prince who tried to reverse Bulgaria's christenization) and his gang were accused of rampaging through the office of Rainbow Hub, an LGBT space in central Sofia, attacking people and destroying property. It took three days, a protest, the reaction of several parties and 11 foreign embassies for the State Prosecution to finally launch an investigation against Stankov.

He was even allowed to finish participating in a National TV debate before police arrested him.

Yeah, you guessed it: time for new bonds

This turns into something like a weekly overview of Treasury activities after yet another batch of government bonds is about to hit the internal market. The 5-year T-bonds will be aiming to collect another 500 million levs after a 10-year issue was sold just last week. This means the government will be collecting 2 billion levs (1 billion euro) from the market in the space of 2 months.

Or 0.6% of GDP is what budget calculations show at the end of October. Yet the budget is forecast to drop into red territory by the end of the year because of COVID payments and investment expenses.

Of all cigarettes in Bulgaria are illegally sold. This is according to the annual survey of Nielsen, counting empty cigarette boxes with or without tax marks. The country is again the place in the EU with the lowest gray share of tobacco.

is all food this week

The company has invested 19 million levs in a new factory line for the production of Smarties candy. This makes the Sofia factory a key player in the global production of a second Nestle product after Kit-Kat.

The company, producing a whole range of sweets, decided to drop the 10 million leva capital raise. This will happen on 9 December. The reasons remain unclear, and such a decision is a rarity.

Brain Foods The Bulgarian startup sold a 4% share to the German ProVeg Incubator. The deal was worth 70 thousand euros and it makes the Bulgarian company part of a six-member group of startups from all over the world, which are now collected under the ProVeg umbrella.

The famous chef, owner of several restaurants and host of the popular Masterchef TV show, was caught drunk-driving this week on Sofia Ring Road. To judge from the video, shared on social media, Tokev was probably on some other substances also. He already has a suspended sentence for the same offence, so this probably indicates that Tokev is in a lot of trouble.

The small airport in the city looks set to have life breathed into it again after WizzAir and Ryanair start flying to and from three countries: Germany, the UK and Ireland. The news comes just in time for the winter season in the nearby Pamporovo resort, traditionally populated by British and Irish tourists.

Why? Ex-Prime Minister Boyko Borissov once commented on TV that this was his favourite teenage novel, infamously misinterpreted by his critics to mean that it is the only book that he has ever read.

The name of the chieftain even became one of the pejorative nicknames used against Mr Borissov over time to highlight his alleged ignorance and lack of culture. The word became popular again this week, as members of the Union of Library Workers decided to stage a symbolic protest under the name "Dolu Vinetu" (Down with Winnetou) against their low salaries.

This week I'm taking you to meet someone. He's called Todor Popov and this week he was stopped by the police and stripped of his driving license because he declined an alcohol test.

But that's not why he is interesting. Popov is also the long-time mayor of Pazardzhik. I'm sure most of you know, but to recap: this is the largest city between the two main economic centers of Bulgaria (Sofia and Plovdiv). It has a highway, a rail line, and the biggest river flows right through it. It is also in the country's most fertile zone - the Trakia valley.