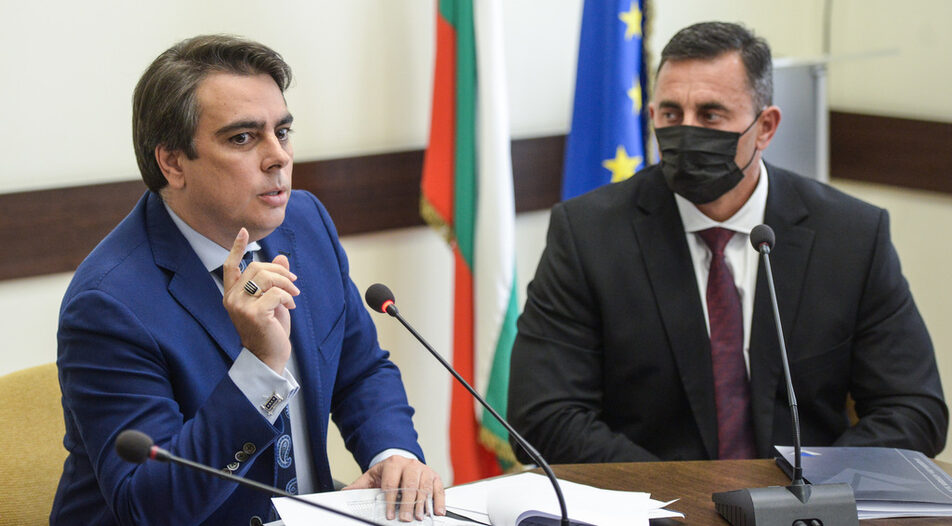 The Ministry of Finance is in the middle of a poorly calculated gambit. In order to cover the 4.6 bln levs (2.35 bln euro) deficit set for 2021, it needs to take out new debt that is close to the allowed ceiling of 4.5 bln levs. Against the backdrop of Bulgaria's low indebtedness, this amount is not very impressive. Also, the conditions on the international markets were favorable in the last few months. This is why the problem could have been easily solved by means of a relatively standard debt issue of 1.0-1.5 billion euro worth of bonds.

Instead, the caretaker government decided to provide the sum by several auctions of government securities on the domestic market, aiming to avoid the inevitable political hype around the phrase "new foreign debt worth billions" before the parliamentary and presidential elections in November. So, the government has placed 2 billion levs worth of domestic bonds since September but the wave of auctions held within such a short period of time has dampened demand and increased yields significantly. Thus, if only a few weeks ago the government could successfully raise debt financing at a record low and even negative yield, now the yields on both five- and ten-year government securities on the domestic market have risen above the quotations of Bulgaria's international issues. By the end of the year, a further 1.7 bln levs worth of debt paper is planned to be placed and this could prove challenging.

The problems with the caretaker cabinet's strategy showed up during the last two auctions. At the end of October, the offer of 500 million levs worth of ten-year bonds was met by demand for 517 million levs worth of government paper. The yield jumped to 0.53% from 0.20% in the previous reopening of the same issue in September. Part of the rise could be explained by fluctuations in international debt markets, but another reason is the lower appetite of local investors to take out so much debt. On the other hand, the spread over German government bonds widened from 0.53 to 0.65 basis points.

Two weeks later, on 8 November, at the auction of five-year T-bonds worth 500 mln levs this trend intensified. Demand was slightly stronger and exceeded supply 1.27 times, but yields rose similarly - to 0.27% from negative -0.02% in the previous auction of this maturity. And the spread over five-year German bonds in this maturity widened by 30 basis points to 0.87 basis points.

In other words, if a month ago Bulgaria could take out five-year loans for free, now it has to pay. For example, these five-year government securities were zero-coupon bonds, which means that the state will not pay any interest on them in the coming years. But profitability comes from the different prices that investors are willing to pay. For example, now the government will receive 494.2 mln levs but it will have to pay to bondholders 500 mln levs at the maturity date in 2026.

The increase in the yield on government debt naturally raises the costs for its servicing, but for now, this is not disturbing for the government budget. For example, for the last two issues, the increase will be only about 2-3 million levs per year. However, it should be borne in mind that the current levels have been reached mainly due to the ultra-stimulating monetary policy of the European Central Bank, and the low indebtedness and fiscal discipline of Bulgaria helped that. Not so long ago, Bulgaria financed its fiscal needs at significantly higher rates without cataclysms.

But risks are here, too. The first problem is that the government needs more funding by the end of the year. The budget surplus reached 725 mln levs at the end of October but a deficit of 4.6 billion levs is planned for the end of December. This could mean expenditures exceeding revenues by more than 5 bln levs, with a fiscal reserve of over 10 bln levs (based on data from the balance sheet of the central bank's Issue Department as of November 5). However, a large part of it is earmarked funds, which have to be available by the end of the year. The limit for assuming new debt after the 2.8 bln levs of government securities placed so far is 1.7 bln levs, which will also have to be taken out through auctions on the domestic market, as there is no time for launching a debt issue on international markets.

The other problem is that the rising yields on the domestic debt market may lead to a lasting shift in investor expectations to higher levels of return. This will increase not only the cost of current financing of budget deficit but also the cost of subsequent larger Bulgarian issues on international debt markets. The caretaker government has not unveiled a budget draft for 2022, but the maturity of Eurobonds worth 1.125 bln euro is expected next year, and in early 2023 a further 1.14 bln euro worth of bonds will come due. If we add to this the unclear amount of budget deficit, the needs for new debt will probably exceed those for 2021, and it cannot be ruled out that its volume will top 10 bln levs.

What can be done?

After the risky gambit is already a fact, there is not much left to do. One opportunity for the finance ministry is to start a more open dialogue with the market and give a clearer perspective on its plans. Since 2018, the ministry has stopped publishing debt issue calendar, and auctions of government securities are announced with a week's notice, which makes obtaining liquidity more challenging.

Another option is to look for slightly more flexible solutions. For example, a possible move is offering shorter-term securities. The Ministry of Finance is already working in this direction - it announced an auction of 3.5-year bonds on Monday, 15 November.

In fact, the strategy of the ministry to diversify its offer with shorter-term bonds was partially successful. According to the official data, the submitted orders were for 983.96 million levs, which is 1.97 times over the offered quantity. However, the achieved yield of 0.13% is above the yield on which Bulgarian securities with similar maturity were traded on the international markets and practically subtracts the entire yield curve of the country above zero. And that means a lot more expensive government funding in the coming months. However, the option is valid for one-year or even six-month government securities, which can still be placed at a negative yield. Investing excess reserves in shorter-term government securities will be an option to optimize this cost without freezing resources in the long run.

The Ministry of Finance is in the middle of a poorly calculated gambit. In order to cover the 4.6 bln levs (2.35 bln euro) deficit set for 2021, it needs to take out new debt that is close to the allowed ceiling of 4.5 bln levs. Against the backdrop of Bulgaria's low indebtedness, this amount is not very impressive. Also, the conditions on the international markets were favorable in the last few months. This is why the problem could have been easily solved by means of a relatively standard debt issue of 1.0-1.5 billion euro worth of bonds.