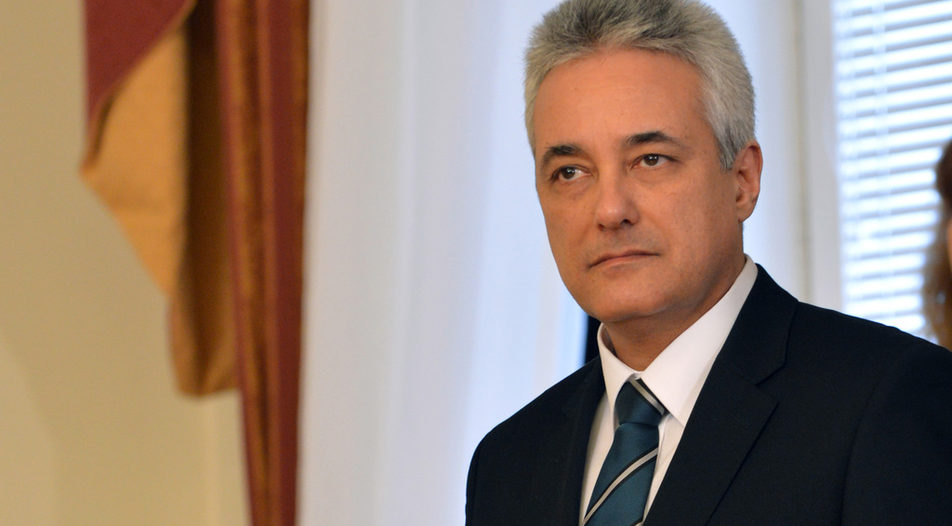 Leading Bulgarian Diplomat: "North Macedonia needs to read the past before burning it"

Bulgarian Diplomat Marin Raykov says that "North Macedonia’s refusal to reform its state ideology, rather than the absence of a regular government in Bulgaria, has stalled negotiations over the last several months."

Leading Bulgarian Diplomat: "North Macedonia needs to read the past before burning it"

Bulgarian Diplomat Marin Raykov says that "North Macedonia’s refusal to reform its state ideology, rather than the absence of a regular government in Bulgaria, has stalled negotiations over the last several months."

The relationship between Bulgaria and North Macedonia is complex, to say the least. In essence, it is a longstanding family feud. Unlike the classic dinner table rifts among relatives, however, this particular dispute originates from a well-orchestrated campaign aimed at sowing an identity crisis in the heart of the Balkans.

That, at least, is the Bulgarian government's pointed position towards North Macedonia's EU entry and the reason why it blocks the start of the negotiations.

Today, that feud is going to be in the limelight again, as leaders meet in Slovenia for a Western Balkans-EU summit. Bulgarian president Rumen Radev is invited to a meeting with the N.Macedonian prime minister Zoran Zaev, to be hosted by Angela Merkel and Emanuel Macron. They are certainly going to push for a resolution, and Sofia is very unlikely to agree.

In order to elucidate the demands that Bulgaria wants met before it can lift its veto on Skopje starting accession talks, K-Insights hosted an interview with Marin Raykov, one of the key diplomats on the issue.

Raykov has a longstanding career in the foreign service. During the late 90's he served as deputy minister of foreign affairs. It was during his tenure that Bulgaria and North Macedonia signed a Declaration for good neighborliness. This declaration served as the basis for a 2017 contract, alleged violations of which culminated in Bulgaria's recent blocking of the negotiations for integrating Macedonia within the EU.

Raykov currently serves as the Bulgarian ambassador to the UK but has not abandoned the Macedonia question. In fact, he is part of an informal group of high ranking diplomats who are highly engaged with resolving the standing dispute between the two neighboring states. His opinion to a large extent reflects the prevailing attitudes amongst the decision-making circles in Sofia.

Waiting for Macedonia to update its identity "software"

"Bulgaria's political stance towards North Macedonia is tightly linked to its national interests and to its identity," says Raykov.

He says that this accounts for the unwavering opposition to Skopje starting accession talks with the EU despite the otherwise shifting political climate in Bulgaria. As Raykov points out, "our political stance is informed by the historical circumstances which surround the issue."

By this he refers to a campaign of ethnic engineering led by the Yugoslav republic which resulted in the fracturing between Bulgaria and North Macedonia after 1945. This campaign is marked by two major breaking points. The first is the massacre of Bulgarians from the region of North Macedonia on December 25th 1945 which came to be known as "Bloody Christmas". The second is a decree from earlier that year which made Macedonian the official language of the region. "What followed were several decades of state-sponsored indoctrination in hatred towards Bulgaria," Raykov says.

It is therefore unsurprising that surveys show 80% of Bulgarians demand that North Macedonia acknowledges its totalitarian past before it receives support in its bid for European integration. "We expect to see real changes in the way North Macedonia looks at itself, changes in its national identity software, if you will," Raykov says.

An acknowledgement of a common past, an end to demands for the recognition of a Macedonian minority in Bulgaria and the adoption of wording which describes Macedonian as the official rather than the sole language of North Macedonia. Those are the three main conditions on which Bulgaria will support North Macedonia's entry to the EU. They are spelled out in the Contract for good neighborliness signed by the two countries in 2017. According to the Bulgarian authorities, however, North Macedonia has not yet met them. "If Macedonia does not honor its international commitments, how are we to expect that it will honor European laws?" asks Raykov rhetorically.

This is the main reason why Bulgaria wants stricter guidelines to be included in the negotiations framework for North Macedonia's EU membership. State sanctions targeting the Bulgarian community in Macedonia raise another barrier to negotiations.

"Bulgarians in North Macedonia are not a minority. They are equal members of the state and deserve to have representatives in the National Assembly, to see their interests reflected in how the country is governed and their past acknowledged by the history books and the media," Raykov says.

A deficit in political will

At the end of July the Macedonian MEP's almost unanimously adopted a resolution which bars the country from conducting negotiations with Bulgaria on the topic of language and national identity.

"These "red lines" are essentially an ultimatum for the EU to endorse a retrograde nationalistic manifesto. The prospect of waiting for the next Macedonian parliament to revise this stance is unwelcome for a country ambitious to enter the EU quickly," Raykov says.

The diplomat points out that throughout the years Bulgaria has consistently advocated for dialogue with North Macedonia but the Macedonians have repeatedly sabotaged constructive communication.

"We are currently working with our European partners to develop a new negotiations framework that would chart North Macedonia's path towards EU integration. As the "red lines" policy illustrates, however, this path is being blocked by the lack of political will on the part of the Macedonians," adds Raykov.

The ball's in their court

However, North Macedonia's attempts to start accession talks while violating its contractual commitments to Bulgaria is unacceptable.

"Rather than following through on their commitments, our colleagues from Skopje hedged their bets on Bulgaria, disregarding its own interests under pressure from partner-states," says Raykov.

The "red lines" instituted by the National Assembly presented North Macedonia in a bad light on the international geopolitical scene, given that Bulgaria had previously provided unwavering support for its NATO accession.

Nevertheless, negotiations between the two states have not ceased.

"Each time a new government comes to power in Bulgaria, North Macedonia tries to exert its interests over ours. The communication between the two countries would be much more productive if North Macedonia focuses on implementing the contract we signed in 2017 and observing international human rights laws instead," Raykov emphasizes.

According to Raykov, "North Macedonia's refusal to reform its state ideology, rather than the absence of a regular government in Bulgaria, has stalled negotiations over the last several months."

"Negotiators from both states are on the ground and constantly in touch with each other. Moreover, some pro-European circles in the North Macedonian government realize that waiting for a Bulgarian government which would acquiesce to nationalistic demands is a waste of time".

The relationship between Bulgaria and North Macedonia is complex, to say the least. In essence, it is a longstanding family feud. Unlike the classic dinner table rifts among relatives, however, this particular dispute originates from a well-orchestrated campaign aimed at sowing an identity crisis in the heart of the Balkans.

That, at least, is the Bulgarian government's pointed position towards North Macedonia's EU entry and the reason why it blocks the start of the negotiations.