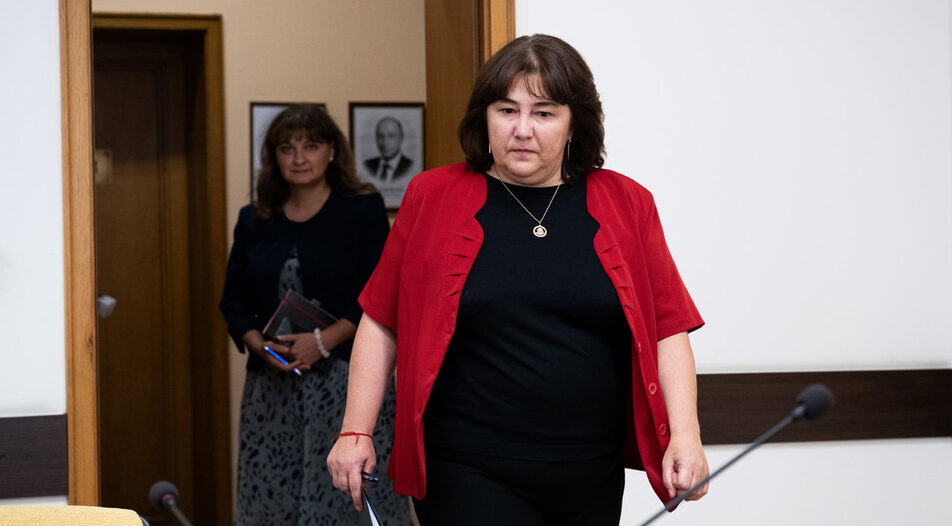 The next government will have several options: raising taxes, increasing the deficit and debt, or reforming spending

A significant increase in pensions, a rise in wages in the public sector, new tax breaks... The generosity poured into this year's budget revision with the active participation of all parties in Parliament has a price. And it will not be paid only in 2022 but will be transferred to next year in new expenses amounting to 6.0-6.5 billion levs.

For now, the still-growing economy and high inflation are keeping public finances under control. But if expectations of a looming slowdown or even crisis come to pass, the costs are unlikely to be offset by such a large revenue growth in 2023. And unless the next regular government quickly figures out how to tighten and restructure some systems, it will have to either raise taxes or further increase the deficit and debt. The latter, however, would breach the European Commission's criteria and that would effectively destroy the country's chances of adopting the euro from 2024, which is still the official target date.

Her words also mean something else - that the next regular cabinet will have much less room for manoeuvres and populist promises, including curtseys to various businesses. Even before this year's budget revision, the accounts showed that state finances will continue to be in the red by 5 billion levs in each of the following three years. On August 29, the first calculations showed a record high deficit of 11.3 billion levs (5.7 billion euro), equivalent to 6.8% of Bulgaria's projected GDP.

The Finance Ministry's calculations are based on a revised macroeconomic forecast with data up to mid-August. It predicts that the economy will expand at a slower pace in 2023 (2.2% GDP growth) to reach nominal 166.7 billion levs, while 2022 will end with 2.9% real growth. Velkova stated that the expectations are that the economy will begin to slow down its pace already in the third and especially in the fourth quarter of this year.

Revenues exceeded expenditures by 1.5 billion levs in July. However, a cash deficit of record 6.2 billion levs, or 4.1% of the expected GDP, is planned in the 2022 budget. And despite inflation and growing consumption, the surplus will begin to melt away from August onwards, Velkova suggested. "It should be noted that the July report did not include the reduced tax rates that were passed in the budget update. The effect of this reduction will be felt in August. We also have increased staff costs from the July budget revision. They will be paid in a double amount in August," she noted.

By the end of August, Bulgaria must also apply the first payment of 2.6 billion levs under the National Recovery and Resilience Plan. This money has been counted as income for the year, but it is now blocked because of the delayed tender of the Ministry of Interior for the Tetra communication system. Government officials have already said they hope the funds will be disbursed by early November. But if that doesn't happen, there will be a problem with this year's budget as well.

Money for investments represents a probable buffer - only less than 20% has been paid out of the planned total of 8.2 billion levs in capital expenditures by July. However, half of this amount comes from European funds. Another 2 billion levs from the national budget are earmarked for the Road Infrastructure Agency, and from the discussion so far it has become clear that they will be spent. A large part of the remaining 2 billion levs is related to payments for military projects, and the pressure from Bulgaria's NATO partners to make them is enormous, according to government sources.

However, problems in state finances will more likely occur next year. On the one hand - the new expenses based on commitments made this year, amount to 6 billion levs, according to preliminary estimates of the Finance Ministry. On the other hand - with an ongoing war in Ukraine, a possible crisis in the Eurozone and gas shortages, probably the revenues will not grow at a rate sufficient to offset new costs. As Petar Ganev from the Institute for Market Economics recalls, if there is a crisis similar to the one in 2009, budget revenues will freeze, and the expenses will be reduced with difficulty. Thus the budget gap will widen even more.

The bunch of tax cuts made through the 2022 budget revision will also affect revenues. Although they are temporary and controversial, their removal will require strong political will, and, for now, it seems unlikely that a reform-minded majority will be formed in parliament after the early elections on October 2. Just as the cut in VAT rate to 9% for restaurants and bars supposedly introduced as an anti-COVID measure has become permanent, other tax cuts are likely to stay as well.

An additional 4.3 billion levs will be needed just for the increase and recalculation of pensions next year, according to estimates of the National Social Security Institute which are not public. Thus, the transfer from the central government budget to cover the shortage of funds at the National Social Security Institute next year will exceed 10 billion levs.

Separately, the salaries of a bunch of departments increased with the budget revision, reaching a total of 1.5 billion levs in additional spending for 2023, according to experts from the Finance Ministry. Finance Minister Velkova has already stated that to comply with the budget procedure, the department will prepare a base budget, i.e. an expert account to reflect revenues and expenses based on the decisions taken by the National Assembly this year and according to the new forecasts for the economy. Such a budget does not commit to any policies, such as new investments, minimum wage increases, etc.

"There are also many unforeseen expenses that the caretaker government will have to provide for by restructuring of expenses under the central budget. For example, such an expense is the sum of 70 million levs needed to prepare the elections, now funding is being sought for the accommodation of refugees from Ukraine," explained Velkova explained on August 29.

"This statement brings us back to the tradition of the Ministry of Finance from the last 20 years, which is more conservative and rather guards the budget balance," says Petar Ganev from the Institute for Market Economics.

It will be up to the next elected government to decide whether it will restructure expenses and make reforms, or will take the direction of increasing taxes. There is also a third option - rising deficits, more debt and practically an end to the policy of financial stability that has been pursued for almost two decades. Bulgaria has a low debt-to-GDP ratio and there is room for that option, although its financing will certainly become more expensive and this will also weigh down on the next year's budget. And in addition, it will probably postpone indefinitely the efforts to adopt the euro.

"The first question is technical - if we simply write everything voted as an expense, what will come out as a bill for 2023? And the second is purely political - whether these numbers can be managed, and in my opinion, they can," Ganev said.

A significant increase in pensions, a rise in wages in the public sector, new tax breaks... The generosity poured into this year's budget revision with the active participation of all parties in Parliament has a price. And it will not be paid only in 2022 but will be transferred to next year in new expenses amounting to 6.0-6.5 billion levs.