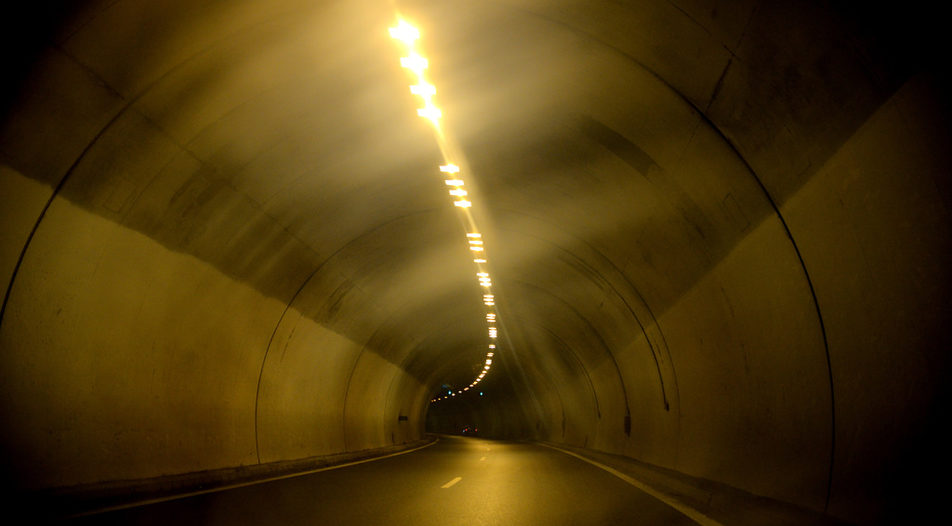 Big public procurement projects are often postponed due to strange events. The case of the Zheleznitsa tunnel is no different

Big public procurement projects are often postponed due to strange events. The case of the Zheleznitsa tunnel is no different

A public tender for the construction of the longest highway tunnel in Bulgaria - a project estimated to cost 250 mn levs - has been cancelled after some documents mysteriously disappeared.

Construction of road infrastructure, highways in particular, has been a symbol of the governance of Prime Minister Boyko Borissov and GERB party he is leading. However, GERB recently dodged a serious bullet related to one of the biggest public procurement procedures in Bulgaria ever.

In April 2017, the interim cabinet appointed after Borissov's previous coalition government resigned in November 2016, cancelled or at least put on hold a tender for the construction of Zheleznica tunnel, part of Struma highway which connects Sofia to Kulata on the border with Greece, exposing one of the biggest scandals in Bulgaria's public procurement.

Before the offers submitted by the candidates were even evaluated, it emerged that some documents of two of the participating consortiums were missing from the vaults of the tender committee - an incredibly grave violation of rules in a procurement procedure. The incident revealed how procurement procedures, especially at the government's Road Infrastructure Agency, are a host of imperfection and sometimes can be even subject to criminal actions. The scandal also raises the question whether the disappearance of the files would have ever been reported if it was not for the interim government in charge.

In August 2016, 17 offers were received at the Road Agency. The strong interest in the Zheleznica tunnel was expected, as the project is one of the most expensive ones in Bulgarian infrastructure history. Big Bulgarian construction companies like Glavbolgarstroy, Hidrostroy, Trace Group Hold and GP Group took part in the competition, as well as companies specialized in tunnel building such as Stanilov. There was a strong international presence as well, with Italian company Astaldi, a tie-up of Italy's Itinera и Sina, Spanish, Greek and Turkish companies among the contestants.

From that point on it was as if the tender procedure sank into a black hole. The project is indeed very complex - the 2.5 km long tunnel has to be built by 2022 in order for Bulgaria to receive EU funding for Struma highway. Otherwise, the country will have to pay for construction works from its own budget. However, between August 2016 and February 2017 there was no sign of progress in the process. Suddenly, on April 4th, the Road Infrastructure Agency announced that the procedure was being brought to a halt.

The motives were a few and bizarre, but one in particular, put in the middle of the list, was the key to the chaos. A part of one of the participants' technical offer was missing. It was the main reason why the chairman of the board of the Road Agency, Pirin Penchev, cancelled the tender. Penchev had been appointed in February 2017 by the interim government.

Who broke into the vault?

As it turned out later, two of the contestants' technical offers were missing. The documents were soon found at the home of Stefan Gaitandjiev, an external expert with the Road Agency and member of the tender committee By interesting coincidence, in this position Gaitandjiev substituted for Spas Popnikolov, the minister of regional development in the interim cabinet.

It remains unclear how the documents disappeared. The offers were kept in a room with video surveillance, in which only members of the evaluation committee could enter with special passes but only minimum two at a time. It also remains a mystery how Gaitandjiev presumably entered the room alone, in order to gain access to the offers.

It is still not really clear why the specific folders were taken. One theory is that two offers were taken out of the room in order to be plagiarized by other competitors. According to another theory, the idea behind the scandal was to delay the selection process until a new, more suitable government comes to power.

Whatever the case is, it uncovered a lot of potholes at the Road Infrastructure Agency, which was target of an international investigation by the European Anti-Fraud Office (OLAF) based on information submitted to OLAF two years ago. The results of the investigation were made available to the Bulgarian authorities six months ago, but it is unclear yet whether any domestic investigation is really being carried out.

A public tender for the construction of the longest highway tunnel in Bulgaria - a project estimated to cost 250 mn levs - has been cancelled after some documents mysteriously disappeared.

Construction of road infrastructure, highways in particular, has been a symbol of the governance of Prime Minister Boyko Borissov and GERB party he is leading. However, GERB recently dodged a serious bullet related to one of the biggest public procurement procedures in Bulgaria ever.