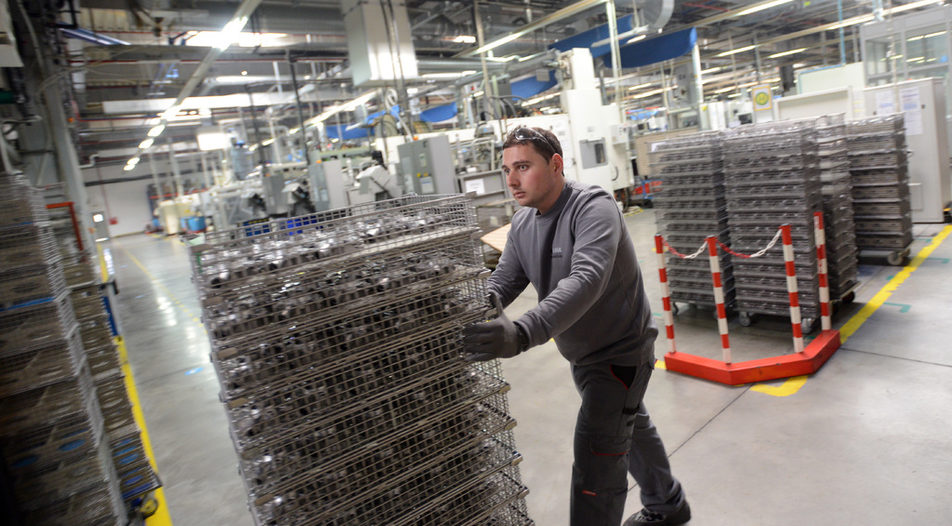 The spring economic forecast of the European Commission (EC) published in May shows no change in the expectations of the EU executive body for Bulgaria's economic growth in 2017 relative to the previous projection made in February.

The growth of the country's Gross Domestic Product (GDP) is expected to slow down this year to 2.9%, from an estimated 3.4% last year. It should be noted though that the forecast is still well above the projected EU average of 1.9%.

The Commission expects consumption to be the main driver of growth in Bulgaria this year, as a result of rising household demand and higher levels of investments. In addition, government budget revenue is forecasted to increase, but with expenses expected to rise more significantly, a budget deficit is seen at the end of the year.

On the other hand, the International Monetary Fund (IMF) raised in April its forecast for the expansion of the Bulgarian economy to 2.9% in 2017, up by 0.1 percentage points compared to the growth rate predicted in October 2016. Though the IMF gave no explicit reason for the increased growth forecast in its World Economic Outlook (WEO) report, the change is probably due to the better-than-expected economic development of Bulgaria in 2016. A further slowdown in Bulgaria's growth is expected in the coming years, to 2.7% in 2018 and 2.5% in 2022, according to the IMF.

The most optimistic forecast for the Bulgarian economy in 2017 remains that of UniCredit Bulbank, published in January, according to which GDP growth will accelerate this year to 3.6%.

The EC expects Bulgaria to close 2017 with a government budget deficit equivalent to around 0.4% of the projected GDP. The forecast is more optimistic than the target set by the government in the 2017 budget bill (a deficit equivalent to 1.4% of GDP). The most likely reason for the difference in the numbers are the differing methodologies used by the Ministry of Finance and the Commission to report government revenue and spending.

On the one side, revenue will receive a boost from the increase in social insurance contributions, which took effect at the beginning of the year. On the other hand though, government spending will offset that increase through higher wages in the public sector and more investments as a result of accelerated EU funds absorption in the EU's 2014-2020 programming period. In addition, faster reform progress and strong consumer confidence could push up growth rates.

Yet, challenges remain. On the domestic side, a significant downside risk would be the slower-than-expected absorption of EU funds, which could affect one of the forecasted drivers of economic growth during the year. Additionally, public finances should be wary of contingent liabilities of state-owned enterprises, according to the report. Outside risks are mainly related to trade, which is highly dependent on the EU, as almost three quarters of Bulgaria's exports go to member states of the bloc. Consequently, a weak import demand from Bulgaria's main trading partners such as Germany, Italy and Romania combined with higher commodity prices would pose a risk to the forecasted growth.

Тhe IMF increased its forecast for Bulgaria's inflation in 2017 and 2018 to 1.0% and 1.8%, respectively. The change is most likely due to OPEC's decision in November last year to cut oil production in order to boost prices, which spurred inflation across the world.

The biggest change relative to the previous forecast is in the current account balance. Whereas last year a balanced current account was projected for end-2017 in Bulgaria, now the report shows a 2.3% surplus. A reason behind the revision of the forecast could be the impressive growth in exports during the second half of last year, both in EU and non-EU countries. On the other hand, though, recently imports also increased substantially, and up to April the trade balance was negative, significantly above the 2016 levels. It is debatable whether the trend will turn according to the IMF forecast as the year goes on, considering that household consumption is expected to continue to grow, boosting imports along the way. Forecasts for the global economy have also been revised upwards - by 0.1 percentage points to 3.5% in 2017. The more upbeat expectations are due to good performance of financial markets and recovery in production and trade.

The spring economic forecast of the European Commission (EC) published in May shows no change in the expectations of the EU executive body for Bulgaria's economic growth in 2017 relative to the previous projection made in February.

The growth of the country's Gross Domestic Product (GDP) is expected to slow down this year to 2.9%, from an estimated 3.4% last year. It should be noted though that the forecast is still well above the projected EU average of 1.9%.