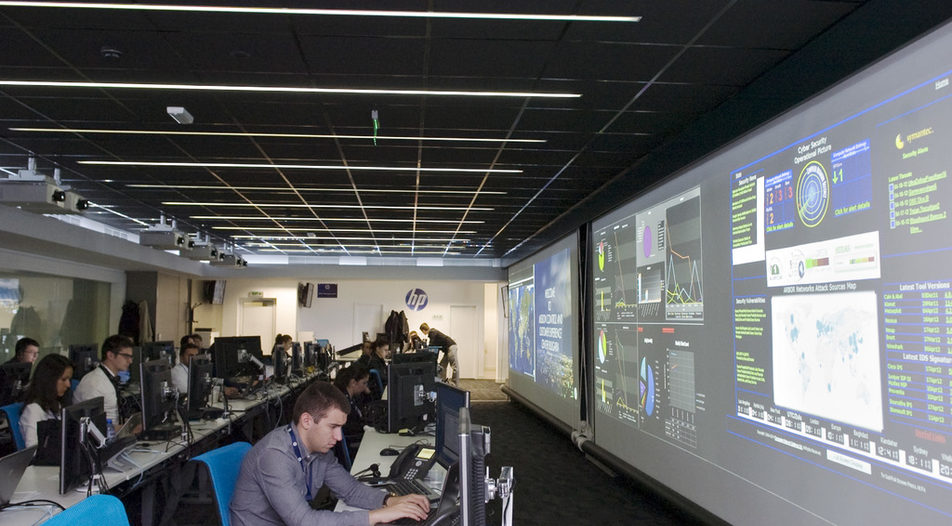 The biggest companies in sofware and fintech: Changing and growing

The biggest companies in sofware and fintech: Changing and growing

The year of the coronavirus has changed the fundamentals of Capital’s annual ranking in the IT sector, but three in four companies are still growing

The IT sector has emerged as the clear winner from the economic impact of coronavirus on businesses. Yet, even the software industry did not go through the crisis unchanged. The results of the biggest software and fintech companies in Bulgaria for 2020 show a clear picture: the pandemic led to a top-to-bottom reshuffle, robust growth in some companies and steep decline in others.

The good news is that the sector as a whole is still growing. The average company revenue for the top 35 is 56.4million levs (28.8 million euro), up from 51.2 million levs the year before. A 10% median average growth for a year like 2020 is more than good news - even more so when looking at the results from other sectors. Three out of four companies are growing. The dynamic itself is very high - none of the top 5 companies for 2019 is in the same place a year after.

Two of the five biggest companies are entirely new, because of Capital's decision to change the ranking criteria, which now include firms for gambling software and hosting services. With this change, there are three new companies in the top 10 - EGT Interactive, Siteground and SBTech.

Number one this year is VMware Bulgaria, the Bulgarian subsidiary of American software developer VMware, with 203m lv in revenue and 12.6m lv in profit. The growth rate for 2020 is impressive - 24.3%, but it looks even more impressive in retrospection, because just two years ago the revenue was 108.5m lv. At the end of 2019 the number of employees was 923. Now, in the middle of 2021, they are more than 1300.

"Our success comes mainly from our diverse portfolio, which in both the data centres of organizations and in the cloud. In this dynamic situation our products with the highest growth rate are indeed those that helped companies keep doing their job and let them stay succesful", says Diana Stefanova, VP at VMware and responsible for the Bulgarian office of the company.

Second in this year's edition of the rankings is Paysafe, the Bulgarian entity of the eponymous fintech company. Last year Paysafe Bulgaria was in first place, but in 2020 its revenue fell 4% to 178m lv, with 10.4m lv in profit. Either way, 2021 looks like the more interesting year for Paysafe, which got listed on the NYSE and as of the 4th of August has a market cap of 7.6 billion dollars. In Bulgaria the company officially opened its second office - in Varna.

Third in the ranking is EGT Interactive, which produces software for casinos. It has 170.8m lv revenue for 2020 and has grown threefold in the last two years. EGT Interactive is part of the Euro Games Technology group, which does all kind of gambling activities, including physical machines. The margin also deserves a mention - 73%, or 125m lv in profit. Both companies are connected to Valter Papazki, a gambling boss that was convicted of contractkilling.

Fourth in the ranking is Siteground, which delivers mainly web hosting services. The revenue for 2020 is 142m lv, 16% more than the year before. Just like in the case of EGT Interactive, the margin deserves a mention - 51.4%, or 73m lv in profit.

The top five finishes with SAP Labs Bulgaria, one of two Bulgarian units of Germany's SAP, which grows 18% in 2020 to 129m lv in revenue and 6.2m lv in profit.

Not only in the summit

The reshuffling does not end here. Some of the constant names in the top 5 or top 10 of the last five years are now far from the top. For example, in this year's rankings, the seventh spot is for Bulpros. The revenue of the company falls 8% in 2020, to 94m lv. In March Bulpros merged with German company ec4u, with the new company majority-owned by European fund Silverfleet Capital. In July it was officially announced that the new company will be called DIGITALL. "If we have to use one word to describe the company, it is still stable, despite the challenging and unpredictable 2020", says Ivaylo Slavov, CEO of Bulpros (and now DIGITALL).

The other very interesting case is that of Progress Software, the Bulgarian entity of the eponymous American company. Its revenue shrinks 33% to 71.5m lv. The steep fall itself is not as shocking as the fact that just two years ago Progress was at the very top of the ranking, mainly because of a one-time financial gain that took its revenue to 205m lv in 2018. Now the fall looks like an accounting issue, and not actually less business for the Bulgarian entity (the number of employees has kept on rising, reaching 503 at the end of 2020).

"Even though it might seem the revenue of Progress in Bulgaria has fallen, the change is due to a change in the accounting of the Bulgarian entity, because of the selling of the rights to the intellectual property to the American headquarters of Progress in 2018. The change did not cause any effect on our operations or plans to hire more people for software developing in Bulgaria," says Yogesh Gupta, CEO of Progress Software, adding that the revenue for the group grew in 2020.

Tenth is Scale Focus, which has grown 9% to 66.2m lv in revenue, but it has lost one tenth of its employees in the past year. There is also a change at the top levels of the companies. Ivan Ivanov replaced Plamen Tsekov as CEO. Tsekov remains on the board of directors.

"We were hurt by the pandemic, just like everybody else. The situation changed our business model, so that we can effectively answer our clients' needs and limit the harm on our employees in the long term," says Ivanov.

Twelfth is Atos Bulgaria, the local subsidiary of French software company Atos, which keeps on growing steadily. The revenue for 2020 is 58m lv, while the profit is almost 7m lv.

"We managed to keep our team and hire organically, according to the needs of our business. We had a lot of challenging projects, which means that we had a lot of work through the crisis and we weren't afraid of it. Our forecast is of growth during this year and next, in terms of both new employees and new clients," says Hristo Hristov, CEO of Atos Bulgaria.

"At the beginning of the pandemic nobody knew what was going to happen. Our revenue growth stagnated in the second quarter. Meanwhile, we kept all our employees and managed to do a fast and easy transition to remote work. Something more - we continued hiring new people. At the end of the day, our longterm investments, balanced portfolio and strong corporate culture - along with some luck - led to our best financial year," says Elena Marinova, president of Musala Soft.

Changes in the market, changes in expectations

Aside from the numbers and rankings, the biggest change in 2020 for the sector without a doubt was the transition to work from distance for the vast majority of employees. Work from home was considered as a luxury, but is now something that many employees see not only as something basic, but something of utmost importance. The question is whether or not this changes the labor market, which has been white-hot for many years now - there are just not enough specialists for all companies.

"The number one factor for the success of IT companies, along with the number one challenege for them, will be finding, integrating and keeping specialists. The labor market in Bulgaria will keep overheating. This is the situation everywhere else in the world and there are no indications that the trend is going to change," says Elena Marinova.

Ivan Ivanov from ScaleFocus is of a similar opinion. "The situation with the virus sure led to a number of changes in the labor market in IT. It made it more challenging. Yet, I can't say we are seeing too much of a problem. We decided to give our employees maximum freedom," Ivanov says.

The effects are much more complex than they look at first. From one point of view, companies that do not like the idea that their employees are out of their sight, might have to give them the chance to work from distance just because they will otherwise quit.

The other effect is on the labor market itself. The opening to people, no matter what their location, means that companies can choose from much more people than before - even if they are not in Bulgaria. At the same times, it goes both ways - local companies are now in competition with virtually any other company in the world.

"The hybrid model of work, which we have now, gives us the chance to hire people who do not live in Sofia or the cities where we have offices. It expands the labor market. The other side of the coin is the challenge, because the work from home is a global phenomenon. You can live in Bulgaria, but work for any company in the world, while staying in your hometown and friend circle," says Ivaylo Spasov from Bulpros.

A study of VMware done in June and July of 2020 among 2850 participants in Europe, the Middle East and Africa, says that 41% of employees take work from home as mandatory for their work of choice. The percentage goes to 52 when talking about the younger generation. There could be an easy educated guess that both of these percentages are now even higher.

With all that in mind, the picture for the IT sector is quite clear. Even the most digital industry is not insured against changes - both in the rankings and the labor market. For some companies the crisis was not a crisis at all, because it gave them a room for growth, born out of the rush for digitalization everywhere. There is no surprise that the IT industry is the only economic sector that keeps on growing fast,in terms of both revenue and hired people.

The IT sector has emerged as the clear winner from the economic impact of coronavirus on businesses. Yet, even the software industry did not go through the crisis unchanged. The results of the biggest software and fintech companies in Bulgaria for 2020 show a clear picture: the pandemic led to a top-to-bottom reshuffle, robust growth in some companies and steep decline in others.

The good news is that the sector as a whole is still growing. The average company revenue for the top 35 is 56.4million levs (28.8 million euro), up from 51.2 million levs the year before. A 10% median average growth for a year like 2020 is more than good news - even more so when looking at the results from other sectors. Three out of four companies are growing. The dynamic itself is very high - none of the top 5 companies for 2019 is in the same place a year after.