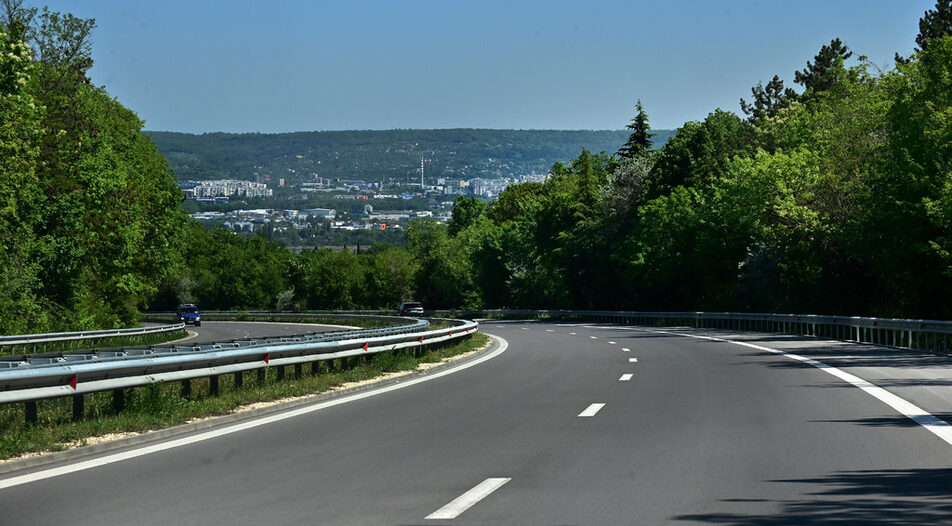 Construction sector in 2020: The state paves the way for revenue growth

Construction sector in 2020: The state paves the way for revenue growth

The sharp increase in public funding for roads, railways, and gas infrastructure has boosted the revenue of the biggest construction companies in Bulgaria

In 2020, while the world was grappling with the pandemic and the resulting economic crisis, the construction industry in Bulgaria saw a sharp increase in the number of in-house tenders - a procedure for assigning government projects directly to state-owned companies, with no bidding process.

However, these companies usually lack the capacity to handle the workload on their own which raises the question why they were assigned the projects in the first place. So, they reassign the tasks to other firms, hiding behind smaller-value contracts for materials, equipment, labor. So it's no surprise that the top 25 firms in terms of revenue in Bulgaria's construction sector include three new state-owned additions - Avtomagistrali, Transport Construction and Recovery (TSV), and Montaji. The financial statements of the rest of the firms in the ranking show that most of them also benefit primarily from public funds.

The turnover of the 25 largest construction companies increased at a staggering rate of 39% compared to 2019, reaching a total of 3.6 billion levs (1.8 billion euro). This is the fastest-growing sector in this year's edition of Capital's K100 ranking. Profits have nearly doubled - from 5.8 million levs in 2019 to 11.2 million levs in 2020. There is another record - no company in the ranking reported a loss for 2020.

A little bit of everything

According to a report by the Bulgarian Construction Chamber (BCC), the output in the industry increased by a measly 0.3% in 2020, reaching 17.26 billion levs. The weak growth rate comes from real estate construction which contributed 57% of the sector's total output in 2020 but decreased due to the pandemic by 3.4% year-on-year.

According to finance ministry data, between January 2019 and April 2021 the value of all contracts funded by the state amounted to 31 billion levs, of which over 8.4 billion were handed out without public tenders, primarily to the above-mentioned three state-owned firms. Motorway construction company Avtomagistrali received 5.47 billion levs for the construction works on Hemus motorway, management of landslides and other projects. Montaji received 754 million levs for renovation of dams and a government complex of buildings. TSV will be digging the canal linking two parts of Varna seaport for 440 million levs.

The group's consolidated revenues traditionally place it among the top 3 construction holdings in the country. In 2020, the value neared 750 million levs. The other two firms in the group are Glavbolgarstroy and Glavbolgarstroy International. The first reported a mild drop in revenues but the second managed to quadruple its turnover - from 56 million levs in 2019 to over 276 million levs in 2020. The company worked on several projects for state-owned natural gas transmission system operator Bulgartransgaz.

One of the most impressive debuts made in the top 25 in construction in 2020 is the firm EMU, registered to Tanyu Tanev in Razboyna village, Targovishte municipality. Unbeknownst to anyone, over the past three years, the firm and its affiliate Impuls Co signed over 120 contracts with the state worth a total of 400 million levs through public procurement tenders called by state-owned Electricity System Operator (ESO). Fun fact - ESO's current CEO Angelin Tsachev is an ex-employee of EMU, and most of the contracts were awarded to EMU under a framework agreement with no competition.

The other three debuts in the top 25 are linked to another energy project - the construction of the extension of Gazprom's TurkStream gas pipeline project from Bulgaria's border with Turkey to the border with Serbia. These are Interprom, Turkish-owned Vemak Bulgaria, and Max Streicher. The latter two have an astounding profit margin - about a third of revenues end up as profit at the end of 2020.

This year will likely be profitable for the construction business as various large projects are nearing completion. However, because of the political instability new public tenders are not on the horizon.

Also, it's unclear what will happen to the payments worth hundreds of millions of levs distributed in advance to state-owned Avtomagistrali, TSV, and Montaji. In real estate construction not many new office buildings, malls, and hotels are planned but rising real estate prices will increase demand for housing.

In 2020, while the world was grappling with the pandemic and the resulting economic crisis, the construction industry in Bulgaria saw a sharp increase in the number of in-house tenders - a procedure for assigning government projects directly to state-owned companies, with no bidding process.