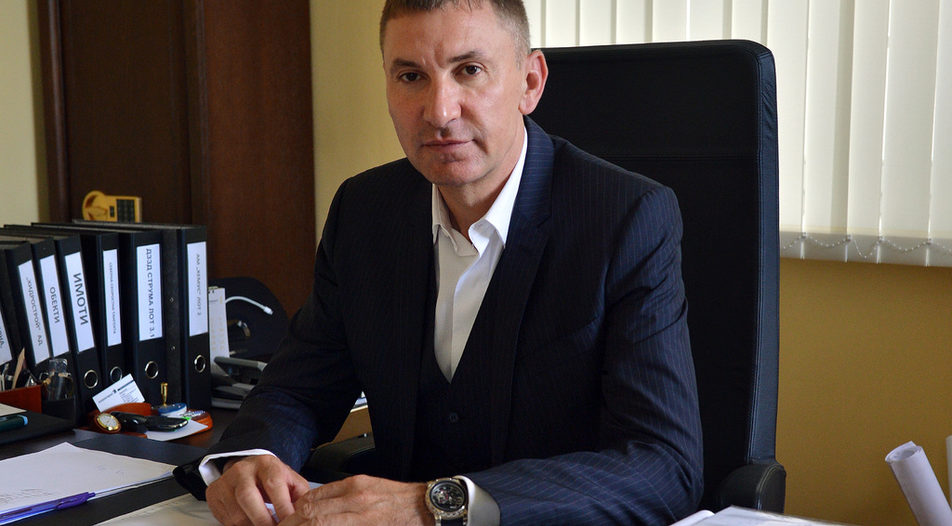 How Veliko Zhelev turned his Hidrostroy company into an empire

If you want to be big in Bulgarian construction business, you need to make deals with the state, as the biggest source of revenue for this sector is public procurement

Veliko Zhelev, a former head of the government's Road Agency, knows this well. Currently, Zhelev is among the biggest players in the construction business. The revenue of the companies which he officially owns topped 360 million levs (180 million euro) in 2019. The biggest of his companies is Hidrostroy.

However, if we add the revenues of the firms that he unofficially controls, the revenue tops 450 million levs.

It is indeed odd that Zhelev denies ties to those construction companies, but the reason probably has to do with a desire to create a semblance of more competition in a sector currently almost devoid of it.

Since 2015 Hidrostroy has been among the top five companies by income in the K100 annual ranking by Capital. The company's main source of revenue are, of course, municipal or state contracts. Among them are the wastewater plants in Vidin and Dobrich worth almost 50 million levs without VAT, the reconstruction of a boulevard in Varna for 113 million levs (the facility ended up breaking down right after it was completed), and a 9-kilometre segment of Hemus motorway for 55 million levs.

Hidrostroy is the favorite to win the contract for the new longest road tunnel in Bulgaria, to be built under the Balkan mountain range in central Bulgaria - a project worth an estimated 358 million leva.

Аnother one of his companies, VDH (previously known as Vodstroy-98), has been a leader in the construction sector for years as well, though a few years ago industry sources claimed that the firm lacks production capacity but rather acts as a broker. Or, in other words, the company has close ties to the central or municipal governments and wins procurement tenders only to collect a fee and pass the contracts on to others.

Zhelev bought VDH in 2016 and explained his interest with the company's experience in water and gas infrastructure projects - a dubious claim, to say the least. Previously, it was owned by Ivan Mirinski - a man closely linked to Delyan Peevski, an ex-member of parliament famous for his strong influence and business interests.

VDH's latest biggest deal is the contract for the reconstruction of the railroad to Serbia worth over 90 million levs without VAT. The company is also working on a 50 million lev tram track project in Sofia, as well as on smaller projects for park reconstruction in Stara Zagora.

The other company in Zhelev's orbit is Patstroy Burgas which lately won a tender to build the northern bypass of the seaside city of Burgas for nearly 57 million levs. The company mainly works on projects in eastern Bulgaria.

Finally, there is Pаtni Stroezhi Veliko Tarnovo in which Zhelev holds a stake of 34%. Its biggest project is the road around Gabrovo worth about 100 million levs which was delayed for several years.

Yet, beyond these four companies there is some evidence that Zhelev has some control over three more companies - AB, Infra Expert and Bitumina GmbH. The evidence is indirect: for example, the contact details in the Commercial Register of people submitting documents are those of employees of Zhelev's other companies.

Several sources from the construction business have confirmed that such ties exist. AB was previously linked to Peevski as well. It is based in the city of Haskovo and its top management is not really seen in public, even though the company had a revenue of 30 milllion levs for 2019 and is working on high profile projects such as the railway section between Elin Pelin and Kostenets worth 130 million levs and previously was a member of the consortiums that built Trakia and Maritsa motorways.

Bitumina GmbH works with AB on the same railway project, as well as the construction of Evropa motorway and a wastewater plant in Dobrich. It was established in 2016 and is officially owned by an Austrian company. Its manager, Hristo Atanasov, is a town councillor from GERB party in the municipality of Aksakovo, near Varna.

Infra Expert may not be officially owned by Zhelev, but between 2012 and 2016 its contact addresses were the same as Hidrostroy's. Its board of directors includes people tied to Zhelev's operations. Тhe company has worked mainly on public projects in Burgas and Varna and partnered with Bitumina on the wastewater plant in Dobrich.

The others in the Big 4

GP Group is officially the biggest construction company in Bulgaria by size with public contracts for over 800 million levs signed in the last eight years. Officially, the company is owned by its three board members. Vladimir Vladimirov- Zhitenski and Georgi Vassilev hold the majority interest among themselves, while Stefan Totev holds a 3% stake.

The company used to be linked to Valentin Zlatev, the ex-executive director of Lukoil Bulgaria, and worked on many projects of the company, the latest being the 30-million levs reconstruction of piers controlled by oil refinery Lukoil Neftochim Burgas, in which it had no competition.

However, the company's expertise and capacity have a controversial public image. One of its smaller-scale project, but probably most famous is the reconstruction of one of Sofia's main central streets, Graf Ignatiev. Bad quality and problems surrounding the project led to follow-up repairs, fines for the firm, aroused strong public discontent and even led to a criminal charge against a deputy mayor of Sofia. The company was the main character in a journalistic investigation called GPGate which revealed that consultants helping municipalities with procurement procedures were connected to the chosen winners in the tenders - GP Group.

In 2018, after all of these scandals, prime minister Boyko Borissov even said that the Road Agency should not sign any contracts with the company when there are doubts about its integrity and accusations of corruption and, without any legal basis, said that the contract for the construction of Zheleznica tunnel, a key part of Struma motorway, should not be signed with them. A few months later, all that was forgotten.

The business is controlled by Peshov brothers Kalin and Kamen, after its president and their father, Simeon Peshov, passed away recently. There are several separate companies in the holding group, with all of them focused mainly on construction. No matter which political party is in power, Glavbolgastroy has been a financial success.

Its recent projects include the construction of a section of Evropa motorway which links Sofia to Belgrade worth 117 million levs, part of Sofia ring road for 90 milion levs, and part of Struma motorway for 36 million levs. It has contracts for a new wastewater plant in Plovdiv for 70 million levs, a water project in the northern Bulgarian town of Tutrakan for 25 million levs, as well work for Bulgartransgaz worth over 90 million levs.

Among the most controversial victories of Glavbolgarstroy was its selection as winner in the bidding procedure for the construction of a children's hospital in Sofia for 100 million levs. The original project was abandoned soon after the building was erected in central Sofia some 30 years ago. Now, architects and activists strongly opposed the idea of using the existing structure instead of demolishing it and building a new one. The companies from the holding work on industrial private sites as well.

The other scandal that the holding found itself in was related to the construction of a hotel on a beach south of Sozopol, right next to its St. Thomas holiday complex. The project for construction in Alepu area, which is a protected natural zone because of its rare species, has all the required permits; however, the procedure through which the hoilding received them seems to be in a gray area and raises questions. In February 2021, the court declared the construction permit illegal.

Previously known as Agromah, the construction company from Blagoevgrad is owned by Hristo Savev. It started as a family business and is said to have achieved success through political ties. Its top management was accussed of tax fraud by the prosecutor's office in 2017. No information on that case has been given since the initial action four years ago.

Together with Veliko Zhelev's Hidrostroy and AB, Groma Hold are building part of Struma motorway between Blagoevgrad and Krupnik.

There are two companies whose ownership is related to Groma Hold. The first one is Evropeiski patishta which is owned by Hristo Savev's mother, according to official data. The company's revenue rose by over 80% in 2019 compared to 2018, with the growth due to more public contracts. The other one is Vodno Stroitelstvo - Blagoevgrad and its owner, Victor Velev, is the manager of Groma Hold.

In different combinations and consortiums these companies have won the tender for the modernization of a 13 kilometre section of the road between Vidin and Botevgrad for over 260 million levs, the reconstruction of part of Trakia motorway for about 100 million levs, as well as multiple other road reconstruction projects. They are among the companies chosen to build the technically complex new part of Struma motorway through the Kresna gorge for 600 million levs.

If you want to be big in Bulgarian construction business, you need to make deals with the state, as the biggest source of revenue for this sector is public procurement

Veliko Zhelev, a former head of the government's Road Agency, knows this well. Currently, Zhelev is among the biggest players in the construction business. The revenue of the companies which he officially owns topped 360 million levs (180 million euro) in 2019. The biggest of his companies is Hidrostroy.