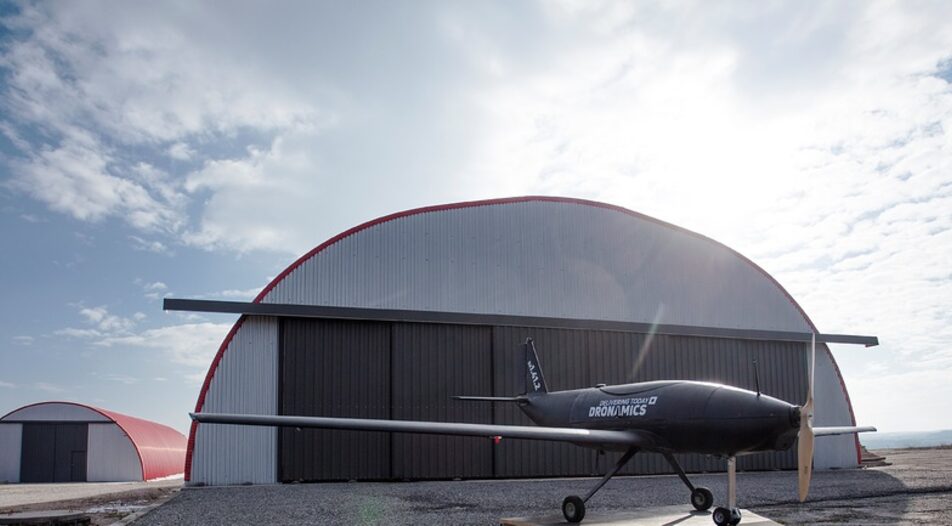 A flotilla of machine couriers loaded with shipments and a huge dose of artificial intelligence - this has been a competitive field for tech companies for years now.

Among them there is a Bulgarian tech startup, Dronamics, which has been working since 2014 to create unmanned aerial systems for cargo purposes, or, in other words, a delivery drone.

At the end of 2020, the company announced that it had signed contracts with the first five airports to be included in its European network for drone deliveries. Dronamics claims that the drone they've been working on for years should be ready in 2021, and they will also be working on the equipment of the so-called drone ports at partner airports.

Network operations and the drones' take-off should take place in 2022. To do that though, the company will need to weave a large network of partner airports, equip the landing and take-off zones, provide network management, and last but not least - the drones themselves. Which would require another dose of funding, likely in the range of tens of millions of euro.

Dronamics was founded in 2014 by the Rangelov brothers - Svilen, an entrepreneur, and Konstantin, an aeronautical engineer, previously working for the Dutch aerospace company Airborne Composites.

There are 25 people employed in Dronamics, and as many advisors and investors. The manufacturing of the drone takes place in Bulgaria, at a site close to Sofia Airport. The brothers point out that Dronamics is the International Air Transport Association's first and only strategic partner for unmanned aerial vehicles (UAVs) worldwide.

Minority shareholders are two funds - Bulgaria's Eleven Capital and Austria's Speedinvest. The company is also assisted by the accelerators Founders Factory (UK). According to the startup's 2019 financial report, revenues topped 1 million levs (511 thousand euro) but the year ended with a loss of 800,000 levs.

Currently, Dronamics' focus is on the creation of supply lines through airport networks. The main target is e-commerce, pharmacy, and freight requiring fast deliveries.

The dance of the Black Swan

The Black Swan, the company's project for a small, unmanned cargo airplane, is designed to carry 350 kg of cargo over 2,500 km for less than half the price bigger airplanes charge. The company estimates that same-day deliveries will be possible even over long distances. The average speed of the drone is 200 km per hour, which would mean that the maximum distance of 2500 km would be covered in 12 hours. However, the team expects travel distances to average between 500 and 1500 km.

The drone is powered by gasoline, as the existing batteries are still very heavy and prevent it from being electric.

Dronamics still has work to do to complete the drone. The company is hoping that it will be able to produce at least a few units on its own, with a target of 50 drones for 2021.

Svilen Rangelov told Capital Weekly that Dronamics is negotiating with partners in the automotive and aircraft industries in Europe who would produce more than 1,000 units per year. The good news for the company is that currently manufacturers have spare capacity due to the coronavirus crisis. Dronamics plans to develop and operate delivery lines, rather than sell the drones.

The first five partner airports that Dronamics announced include leading cargo airports such as the one in Liege, Belgium, home to the European delivery hub of Chinese online giant Alibaba, and the airport in Brescia, Italy, which is the national hub for the Italian Post Office. The other three are regional airports in strategic places in Europe having the ambition to become leaders in cargo transport such as Sjovde (Sweden), Seinajoki (Finland), and Osijek (Croatia).

Contracts with airports include slots for landing, which would require a minimum of five people servicing the landing pad. The drone needs 400 meters on the runway to land. This means that the company's target airports cannot be too busy. A good example of a potential partner airport is the one in Plovdiv - the second biggest Bulgarian city, with its large industrial zone and lower workload. According to Svilen Rangelov, in the future, after the service has been further developed, it will become more and more popular for logistic parks and industrial zones to have such sites.

The company plans to work directly with online retailers, enterprises in industry, logistics, and courier companies, without the possibility for individuals to use the courier services of the drones.

The coronavirus temporarily grounded planes but not drones. They remained airborne to detect damage to the electrical grid, exercise traffic control, track fires and agricultural conditions, make aerial photograps and provide courier services. Starting in 2021, anyone operating a drone weighing more than 250g (anything other than a toy) in the EU will have to register as an "operator of an unmanned aerial system" and likely to request (in writing) permission for flight from the civil aviation authorities by presenting a flight plan and contact information.

Even before the pandemic, the EU was busy trying to figure out how to manage the growing air traffic and congested airports. The lack of available airspace was a problem further exacerbated by the growing number of drones. This is why in 2019, Brussels adopted two regulations outlining the import, production, and certification of drones and the procedures for their operation. The regulations were supposed to come into force in mid-2020 but, understandably, were postponed to January 1, 2021 due to COVID-19.

The process is running behind schedule in Bulgaria. Amendments to the civil aviation law were delayed until the last possible moment and were adopted swiftly at the beginning of this year. The Ministry of the Interior will likely be the one in charge of verifying registrations and certifications. According to Bulgaria's Civil Aviation Administration (CAA), the number of registered unmanned aerial vehicles (UAVs) in the country is 450. According to Stefan Hristozov, an aeronautical engineer and drone expert, the number of people using UAVs is 7-8 thousand, judging by the number of profiles in specialized groups in social media.

A flotilla of machine couriers loaded with shipments and a huge dose of artificial intelligence - this has been a competitive field for tech companies for years now.

Among them there is a Bulgarian tech startup, Dronamics, which has been working since 2014 to create unmanned aerial systems for cargo purposes, or, in other words, a delivery drone.