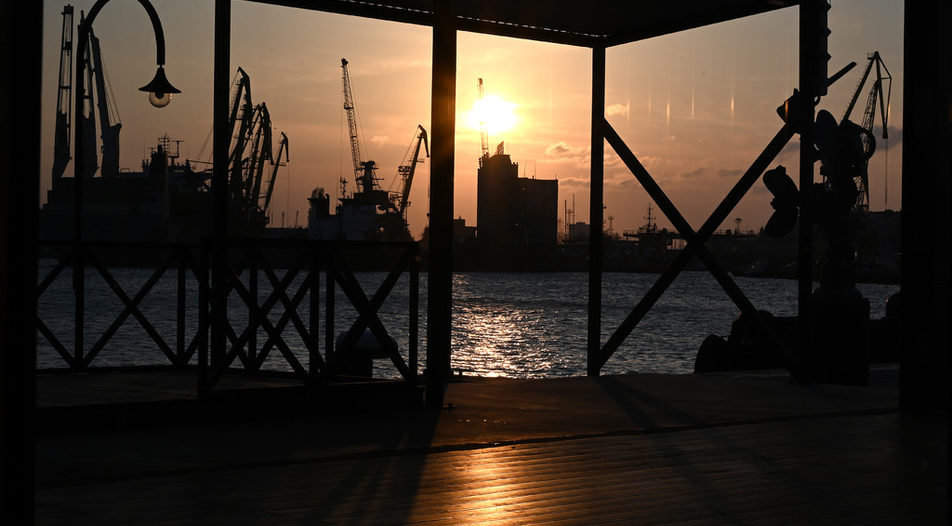 A coastal city willing to grow

A coastal city willing to grow

Life is boiling in Burgas only during summer

Summer is the busiest season for Burgas, Bulgaria's fourth-biggest city. Teeming with tourists, it transforms itself into a wonderful seaside destination with clean streets, excellent public transport, bikeways, relaxing harborside areas and busy bars and restaurants.

However, when the tourists go, the region's economy shrinks sharply. To be fair, this is a common risk for any tourism-dependent seaside city. But Burgas also has several structural problems, some of which are quintessentially Bulgarian.

Reap what you sow

Local public groups such as Initiative for Burgas say that visitors' positive perceptions are false, as the city has many unresolved internal problems. For example, urban maintenance suffers from bad planning, proposals for the city's development are not put to the public and waste collection is below par. The most recent controversial project is the use of paver blocks in the city centre, which is considered an inconvenience in an urban environment.

That said, these issues are not uncommon for Bulgarian cities. However, despite criticism, Burgas mayor Dimitar Nikolov listens intently and tries to respond to people's needs.

Nikolov has a vision: he wants to shed the city's image as exclusively a summer spot. Hence the area around the harbour has been renovated and the construction of the Arena Burgas sports facility is underway. One of the oldest harbour warehouses, Magazia 1, has been restored along with the surrounding public seaside area. The construction of the Congress and Black Sea Research Center should be completed by the end of this year. The project features offices, laboratories and halls with hundreds of seats and will cost 18 million levs.

The construction of a sports hall in the Izgrev neighbourhood began with similar motives. One of the main arguments in favor was that the seaside city lacked such a facility, while the strategic goal was to host large international sports events and concerts outside the active tourist season.

However, as in many other cities in Bulgaria, the results are controversial. Big investments make the city more beautiful and functional but there are difficulties with the construction and management of such large facilities. Also, some are run by people close to the local authorities and so return on investment suffers, as well as maintenance. Critics also say that once the renovation of the Dom Na Heftohimika cultural center is completed, Burgas will suffer from over-capacity. According to the National Statistical Institute, the city has a population of just over 200,000.

From free to well paid

Burgas also suffers from one of the most common issues facing cities in Eastern Europe today - depopulation. Data shows that young and active people are leaving, whereas "remainers" face a far from lucrative provincial stage outside the summer. The local municipality tries to kick-start a more active cultural calendar, often by staging free events, but this means they are never financially self-sustaining. This curse even hit the leader of the city's music scene - the Spirit of Burgas summer music festival.

In other words, creating space for year-round coexistence of culture, sports and business in a city like Burgas has to follow the old adage "Dress for the job that you want".

The population of Burgas grew by 14,000 people in the past decade, according to official statistics. This number does not include between 7,000 and 10,000 Russian nationals who bought real estate in Burgas through corporate entities, Nikolov says. The growing interest stems from improvements to the city's environment and hence more opportunities.

Major sporting events go hand in hand with thousands of visitors and the development of dozens of extra services related to accommodation, cultural experience and nightlife. Burgas already has that base covered due to the active summer tourist season. Yet given the recent drop in seaside tourism, the city's development as a popular year-round destination will be crucial.

Industry - not yet, but close

Having said all that, in order to accelerate the growth of its own market Burgas must focus on its economic profile. Which means attracting new businesses, preferably from the industrial sector. The development of the city's industrial space is part of that concerted push. North Industrial Zone is close to full and the initial price of 16 euro per square meter has more than doubled to 36 euro.

There are also plans for the construction of South Industrial Zone, spanning 60 hectares. Companies are already expressing interest, including construction firms and cargo-related businesses. Other possibilities for industrial zones are also being explored, including the area of the former military airport near the Ravnets village.

However, it is unclear whether the number of companies looking to base their operations in the new industrial zones will be enough to spur a new wave of industrial development in the region. According to former local ombudsman Tanyo Atanasov, the lack of large industrial businesses in the region is one reason for the underwhelming pace of development in Burgas.

"Burgas is not a tourist city. It is a transit city because of the tourists travelling through the airport. Years ago, Burgas had many large enterprises. Some of them, for better or worse, were from the chemical industry, shipbuilding, ocean fishing, but out-of-control privatization ruined them," says Atanasov.

The good news is that among the firms that have already established their presence in the North industrial zone (which comprises Industrial and Logistic Park - Burgas) there are promising examples - manufacturers of machinery, aircraft parts and furniture. Burgas has always had environmental problems because of the Lukoil Neftochim oil refinery, but now the local authorities are more aware of the need to focus on eco-friendly businesses and have refused to allow a firm producing asbestos boards into the zone.

A new local initiative in Burgas is the construction of spacious roads to neighbouring municipalities. A workgroup for the Regional Network Burgas megaproject has already been established. It includes the mayors of Burgas, Aitos, Sredets, Kameno, Malko Tarnovo, Sozopol, Primorsko, Pomorie, and Nesebar. The idea is to begin to improve connectivity and transport infrastructure within the region. Municipalities will be able to apply for funding through the project in the next EU programming period after 2021, in addition to participating with local funds and the support of the ministry of regional development, because the investment would be part of the republican road network.

Until then municipal units and the government agency responsible for road infrastructure will have to map the tracks and start making area plans and land expropriation procedures. The preparation stage will take two to three years until a comprehensive project for the region can be developed. The project also includes plans for a network of bikeways. "Several years ago nobody believed us when we said we would build a four-lane road from Burgas to Sunny Beach [author's note: nearby resort], but now it's a fact," says Dimitar Nikolov.

Education also gets its chunk of investment - the municipality will be equipping 92 classrooms for first-graders with interactive boards for two million levs. One example of the positive trend in the education sector in Burgas is the new local IT school. Established last year, it has already passed its first-class successfully, attracting more and more children from the whole country.

After all these years of relying heavily on the sea, Burgas has finally begun to diversify.

Summer is the busiest season for Burgas, Bulgaria's fourth-biggest city. Teeming with tourists, it transforms itself into a wonderful seaside destination with clean streets, excellent public transport, bikeways, relaxing harborside areas and busy bars and restaurants.

However, when the tourists go, the region's economy shrinks sharply. To be fair, this is a common risk for any tourism-dependent seaside city. But Burgas also has several structural problems, some of which are quintessentially Bulgarian.