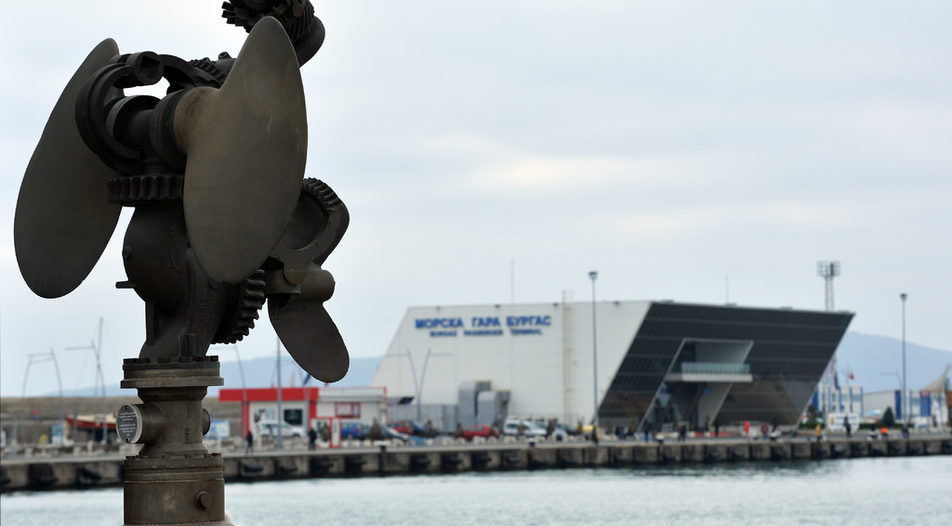 The region finds it hard to expand beyond tourism despite its strong economic profile, good infrastructure and quality of life

By the end of this year, Bulgaria will have a third manufacturing facility for aircraft components. Following the arrival of U.S-based Woodward in Sofia and of France's Latecoere in Plovdiv comes Ukraine's Sigmatech, which has invested $30 million in a high-tech complex for the production of components for aircraft engines for clients like Boeing and Airbus. Unlike its peers, Sigmatech didn't opt for popular industrial locations in Bulgaria like Plovdiv. Instead, the company chose Industrial and Logistics park - Burgas.

The location is still a rarity for large manufacturing investors. Despite its good infrastructure, demographics and positive reviews of local authorities, Burgas often finds itself ignored by big investors. Gross domestic product (GDP) has grown by just 54% in the past decade, significantly below the national average of 72%. Average wages in the region stood at 83% of the national levels at the end of last year, and unemployment, although falling, still tops pre-crisis rates. The region's economy is growing, albeit sluggishly relative to Bulgaria as a whole, and significantly slower than other large cities like Stara Zagora, Plovdiv and Sofia.

One reason for the disappointing pace of growth is the lack of a strong industrial sector. Hence local authorities are focusing their plans precisely in this direction. In the new Industrial and Logistics Park - Burgas the land plots are close to completely distributed, and interest is high. The candidates are more than what the industrial zone can take on. As a result, the local government already has plans for further expansion of the zone. However, other regions nearby like Kazanlak, Sliven and Yambol are also looking to develop industrial zones, and the industrial tiger among Bulgarian regions - Stara Zagora, is also advancing its plans. All in all, Burgas will have to find a way to stand out in the crowd or risk falling further behind.

Like other large urban centres in Bulgaria, the economy of Burgas is largely dependent on services. The share of services in the region's gross value increased from 56.7% in 2007 to 64% in 2017, whereas the industry's share fell. However, unlike the capital city of Sofia, which has a well-developed service sector, services don't accrue the same benefits to Burgas. "While the service economy in Sofia is of a more high-tech profile, in Varna and Burgas it has distinguishably traditional sectors," says economist Peter Ganev from Sofia-based think-tank Institute for Market Economics (IME).

What he's talking about is tourism, which has very wobbly trends. Although the number of low-budget flights to the Bulgarian seaside has been rising, expectations at Burgas airport point to a drop in air traffic of about 8% this year. According to the airport's management, a fall of that scale is not a surprise considering growing competition from other strong tourist destinations, especially neighboring Turkey. Structural problems such as the low quality of services provided in the tourism sector also deter development.

"One of the issues determining the labor shortage in the sector is the low level of remuneration for staff," says Tsanko Ivanov, chairman of the local branch of employers' organization Bulgarian Chamber of Commerce and Industry (BCCI). In fact, people working in hotels and restaurants in Burgas are paid one of the lowest rates in the country - 633 levs gross wage per month, according to official statistics.

Meanwhile, the average gross wage in Bulgaria is 1,037 levs per month, whereas in Burgas it is 856 levs. Close competitors of Burgas like Varna and Dobrich to the north offer better pay in tourism (though not by much), thus attracting part of the local workforce. Hence wages are not only unreliable and low in general, but also to some extent they are hidden in the gray economy, making sustainable development of the sector even harder.

In addition, there is strong seasonality to seaside tourism in Bulgaria, which limits opportunities to further develop the local economy in that respect.

"As a whole, the economy of Burgas is developing well, but we want the future development of the region to be connected to industry because manufacturing can provide employment full-time throughout the year," says Ivanov.

Burgas is not only falling behind at the national level but also among regions. GDP per capita grew by 54% between 2007 and 2017, whereas the average rate for the bigger Southeastern region was 86.1%, driven largely by Yambol and Stara Zagora.

The slower pace of growth seems strange considering that some of the leading enterprises in Bulgaria are based in Burgas region. For example, the largest employer is the manufacturer of wire harnesses for automobiles SE Bordnetze - Bulgaria in Karnobat, where the number of people employed reached 3,500 in 2017 and revenue topped 207 million levs. Another giant located in Burgas is the country's biggest company - oil refinery Lukoil Neftohim Burgas, which employed close to 1,400 people in 2017 and brought in revenue of close to 6 billion levs. Among the top 20 biggest enterprises in the region are also the Bulgarian subsidiary of Turkish car cable manufacturer Nursan Otomotiv, cable plant Elkabel, particle boards manufacturer Kronoshpan Bulgaria and Karnobat-based winery SIS Industries, which employ a total of 2,400 people.

Despite all this, the manufacturing industry creates jobs for a surprisingly small number of people in Burgas region. Considering that the employees in the region totaled 123,000 in 2017, only 15.3% of them worked in industry, the lowest percentage nationally after the regions of Sofia and Varna. The average for the country was 22.6%, whereas among the rest of the regions in Southeastern Bulgaria the average stood at above 30%.

"In manufacturing, Burgas is falling behind because the number of large companies has fallen sharply and these were big enterprises that defined the economic profile of the region," says Ivanov. Innovation is also lacking. Whereas in the latter half of the 20th century every big factory had its own bodies tasked with technical development and scientific research, now all that has been liquidated, denying opportunities for introduction of new technologies, according to Ivanov.

However, there is hope. It lies around the Burgas Lake on an area of 100 hectares, waiting for future investors.

Industrial and Logistics Park - Burgas is drawing significant interest. According to the agency in charge of real estate in Omega Industrial Zone, demand for warehouses and logistical facilities has grown in the last year. Local authorities are already discussing an expansion of the zone by 60 hectares.

Also, currently underway is the drafting of a new detailed layout plan for Ravnets Industrial Zone, which is focusing on larger businesses. The zone embraces an area of up to 450 hectares and includes two aircraft runways once used by the military. However, land near the sea is expensive, which is a downside for firms looking to invest there. Moreover, the process of obtaining all authorizations for a plot of land along with the necessary infrastructure needed for industrial facilities takes two years at least.

Local businesses believe that there is little chance of the zone changing the economic profile of Burgas in its current state. "The activity witnessed in the new industrial zone is a positive development but it's mostly small firms that go there, mainly representatives of the logistics and maintenance sectors," says Ivanov. "Burgas needs larger investors, enterprises with a higher capacity to hire employees so that it can attract intelligent people and produce goods with higher value-added," he adds.

Meanwhile, competition is growing. New industrial zones are popping up everywhere in the region, all trying to emulate the largely successful Trakia Economic Zone in Plovdiv region.

What do investors see?

All of this doesn't mean that Burgas is incapable of attracting fresh capital. On the contrary, the region has good transport infrastructure and is one of the few in Bulgaria offering simultaneously a harbour, a highway, an airport and a railway network. It also has two universities. Burgas is also the Bulgarian region with the lowest population drop since 2000 of only 3.5%, mainly as a result of a high number of people moving in from other regions.

Combine that with the efforts of the local authorities to boost the region's economy and standard of living and you should get many positives. However, this is not yet the case, which means that the region will have to put more effort into marketing itself outside local borders.

However, much of foreign investment activity in the coastal region comes from oil refinery Lukoil Neftochim Burgas. For example, in 2015, the company completed an investment program worth $1.5 billion.

Last year, Netherlands-based Lukoil Europe Holdings BV extended a $325.8 million loan to its Burgas-based subsidiary. The refinery's operations usually lead to significant changes in the foreign investment data at the national level and are likely to explain drastic changes in the Burgas statistics.

By the end of this year, Bulgaria will have a third manufacturing facility for aircraft components. Following the arrival of U.S-based Woodward in Sofia and of France's Latecoere in Plovdiv comes Ukraine's Sigmatech, which has invested $30 million in a high-tech complex for the production of components for aircraft engines for clients like Boeing and Airbus. Unlike its peers, Sigmatech didn't opt for popular industrial locations in Bulgaria like Plovdiv. Instead, the company chose Industrial and Logistics park - Burgas.

The location is still a rarity for large manufacturing investors. Despite its good infrastructure, demographics and positive reviews of local authorities, Burgas often finds itself ignored by big investors. Gross domestic product (GDP) has grown by just 54% in the past decade, significantly below the national average of 72%. Average wages in the region stood at 83% of the national levels at the end of last year, and unemployment, although falling, still tops pre-crisis rates. The region's economy is growing, albeit sluggishly relative to Bulgaria as a whole, and significantly slower than other large cities like Stara Zagora, Plovdiv and Sofia.