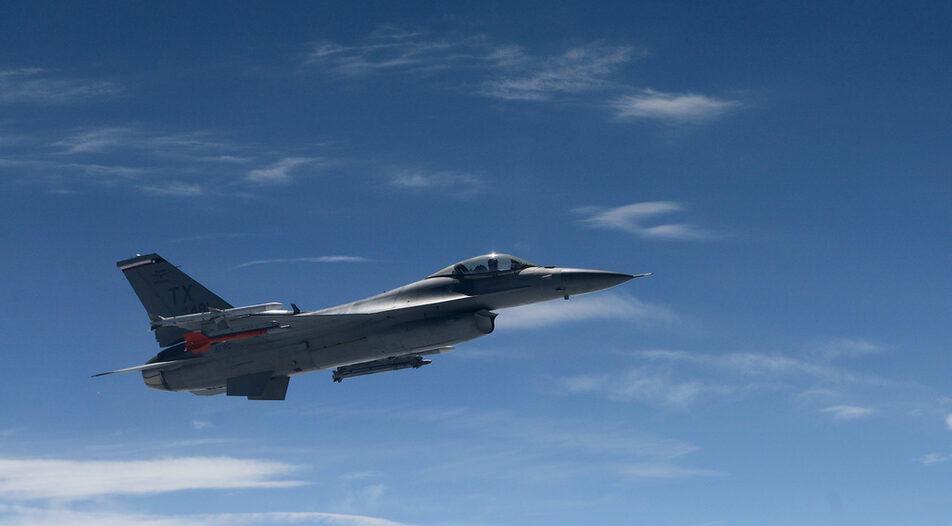 F-16s delayed: What happened to the new fighters for the Bulgarian air force?

F-16s delayed: What happened to the new fighters for the Bulgarian air force?

Supply chain issues and logistical problems have stalled the production of the Lockheed Martin jets, postponing deliveries by up to two years

The purchase of modern fighter planes to substitute the aging and increasingly dangerous MiG-29 planes in Bulgaria's air force has proved to be a protracted saga.

The procedure to acquire the new jets was launched in 2016, only to get restarted during the time of the first caretaker government appointed by President Rumen Radev in the spring of 2017, and then - once again when GERB was re-elected in May the same year.

In the meantime, the price tag attached to the deal burgeoned from 1.5 billion BGN to 2.2 billion, as it became clear that Sofia would go for the US-made advanced F-16 Block 70 Viper planes instead of the Swedish-made Gripens. The deal was formally signed at the beginning of 2019 with the first planes due to arrive in early 2023.

In the meantime, Bulgarian pilots were sent to train in the US; the Graf Ignatievo air base received a couple of old F-16s for training and, despite severe delays, started to modernize its facilities and runway in order to accommodate the new fighters. It all seemed to be going smoothly, until last week.

Then Defense Minister Stefan Yanev, in the first official sign that plans were going awry, told the Parliamentary Defense Committee that there would likely be a "several months' delay" in delivering the first new aircraft. Then, President Radev told reporters last week that the delay was "quite significant", so much so that it could risk Bulgaria "losing sovereignty over its airspace, which is a NATO airspace, and being unable to protect it".

And, to top it all, Prime Minister Kiril Petkov told Nova TV on 12 February that the expected delay would run to "at least two years," not specifying if he means that the first two planes expected to arrive by mid-2023 would be delayed by that long or that the two-year delay would apply to the eight-plane squadron as a whole.

Mr Petkov linked the delays to mayhem triggered by the Covid-19 pandemic. Last week, the US Embassy in Sofia confirmed this information. "The F-16 program is experiencing delays due to supply chain disruptions caused by the COVID-19 pandemic. These unfortunate delays will affect all countries currently participating in the program," it said.

In fact, the information has been well-known to specialized media publications for over three months now. During a Dubai air show on 16 November 2021, Greg Ulmer, executive vice president of Lockheed's Aeronautics division told local reporters that issues caused by one of the subcontractors moving shop to South Carolina (previously the F-16 factory was based in Fort Worth, Texas) have delayed the assembly cycle, with the first new Block 70 fighters now expected to roll out in 2024 instead of 2023. "We're about 12 months off our plan," he said.

To make things worse, Sofia is not first in line for the new jets. Four other countries have ordered a total of 120 fighters - 66 were ordered by Taiwan, 24 by Morocco, 16 by Bahrain and 14 by Slovakia.

If Prime Minister Petkov and Mr Ulmer's calculations are correct, the delivery of the fighter jets will take place between the end of 2025 and the middle of 2026. Bearing in mind that it could take at least two additional years for the modernized Bulgarian Air Force to reach full operational capability, Sofia will only be able to fully use its new fighter jets towards the end of the decade.Until then, Bulgaria will increasingly rely on the capabilities of its allies - such as Spain, which sent four of its Eurofighter EF-2000 Typhoon jets on Monday - to protect its skies.

This would be bad news by itself - the aging MiG-29 fleet, reliant on Russian parts and repairs, is growing more and more unreliable, expensive to maintain and ultimately dangerous to the lives of Bulgarian servicemen. The increasing tensions between Ukraine, NATO and Russia just a stone's throw away from Bulgaria's doorsteps, however, make the situation even more precarious.

On the "upside," Sofia will have a bit more time to prepare itself to welcome the new jets. Last summer, caretaker Defense Minister Georgi Panayotov lamented the delays in upgrading the Graf Ignatievo air base up to the standards required for the operation of the expected new F-16s. As of July last year, Mr Panayotov said that only three out of 44 modernization projects in the air base have even been launched, adding that he expects 6-8 month delay to their finalization. In addition, Sofia still has to purchase and install 7 modern 3-D radars for up to 400 million BGN, which would be integral to the operation of the new jets.

In short, the unlucky coincidence between the pandemic and the resurgence of the Ukraine crisis seem to have hit the only active modernization project of the Bulgarian army very hard. Maybe if it were not delayed for so long the picture would have been different.

The purchase of modern fighter planes to substitute the aging and increasingly dangerous MiG-29 planes in Bulgaria's air force has proved to be a protracted saga.

The procedure to acquire the new jets was launched in 2016, only to get restarted during the time of the first caretaker government appointed by President Rumen Radev in the spring of 2017, and then - once again when GERB was re-elected in May the same year.