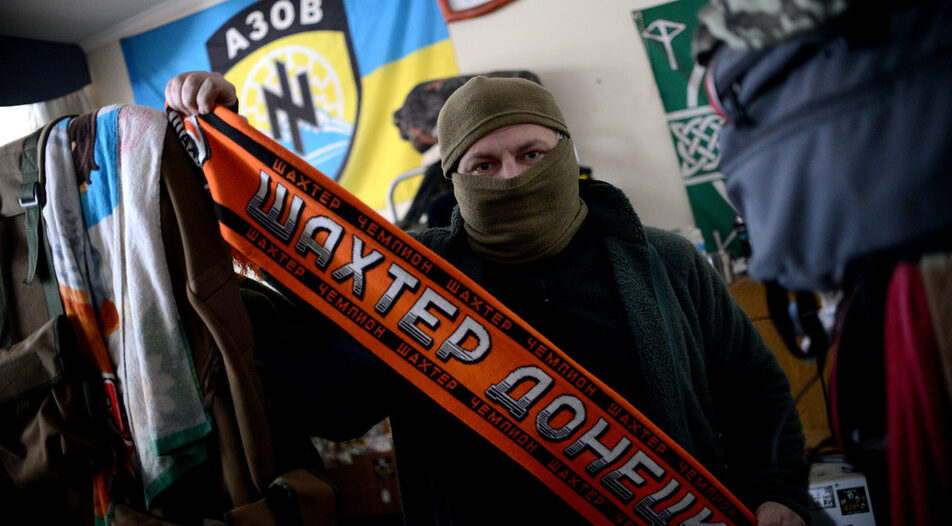 Concern, not condemn: Bulgaria’s response to the Ukraine escalation

In the wake of a new escalation of the Ukraine crisis, Bulgaria prefers to take a back seat yet again

Concern, not condemn: Bulgaria’s response to the Ukraine escalation

Behind the strongly worded support for Ukrainian integrity, many in Sofia still prefer to tread lightly so as not to anger the Kremlin and its zealots here

In the wake of a new escalation of the Ukraine crisis, Bulgaria prefers to take a back seat yet again

The Kremlin and the Russian State Duma's recognition of the separatist republics of Donetsk and Luhansk, and decision to dispatch troops to the breakaway regions of Ukraine, drew seemingly unanimous condemnation from most significant Bulgarian political players.

Behind the surface, however, there is much less unity than meets the eye. Constrained by deeply rooted allegiances vis-a-vis Moscow and fears of angering the Kremlin and/or a large section of people who identify as Russophiles, many politicians and parties chose not to whole-heartedly condemn Vladimir Putin's actions.

Prime Minister Kiril Petkov was first to denounce the Kremlin's move in strong language. He wrote on Twitter, straight after Putin's televised speech last night: "I condemn the Russian President's decision to recognize Donetsk and Luhansk as independent entities. We shall continue to support the territorial integrity of Ukraine within its internationally recognized borders. International law should be upheld. We,the EU, will speak in unison to defend it."

On Tuesday, the Foreign Ministry followed suit and also used Twitter to express its position. "The recognition of the Luhansk and Donetsk separatist republics is a flagrant violation of international law and undermines European security," Foreign Minister Teodora Genchovska wrote.

It took some time, but by early afternoon three of the parties in the ruling coalition - We Continue the Change, Democratic Bulgaria and There is Such People - announced a joint position on the recognition of Donetsk and Luhansk, read by Democratic Bulgaria leader Hristo Ivanov. He said that Bulgaria unreservedly supports Ukraine's territorial integrity within its internationally recognized borders and would insist that the European Union and NATO continue to uphold the principles of international law. In his words, Bulgaria would support proposed EU sanctions against Russia in coordination with the US and the UK if such a decision were agreed by the EU foreign ministers.

More muted reaction from others in power

President Rumen Radev and BSP, the fourth party from the ruling coalition - and the only openly pro-Russian faction within the new government - also expressed concern about Russia's actions, but did not go as far as to condemn them - likely in an attempt not to alienate their largely pro-Russian core electorate.

"The recognition of the so-called Donetsk People's Republic (DPR) and Luhansk People's Republic (LPR) by the Russian federation dooms the efforts for de-escalation of the conflict in Ukraine and leads to rising tension throughout the whole region," Mr Radev tweeted at noon on 22 February, adding that a "sustainable solution to this crisis cannot be found through violation of international law and by military means".

The parliamentary group of the Bulgarian Socialists called for negotiations on the reduction of tensions in Eastern Ukraine to be carried out under the auspices of the United Nations. In a statement to journalists, National Assembly Deputy Speaker Kristian Vigenin said that the BSP expressed "strong concern" over the latest developments in the conflict.

"With this step, the confrontation in the region has entered a new, unpredictable phase. We insist that the preservation of the lives, health and well-being of the civilian population in both regions should be a priority objective and we denounce any armed provocations," Mr Vigenin stated. In his words, the time for diplomacy has not been exhausted and all sides should invest efforts in lasting solutions to overcome the conflict.

BSP leader and Minister of the Economy and Industry Kornelia Ninova led the appeasement brigade even before Mr Putin's Monday evening address. She denied a Russian state media claim that Ukraine had used Bulgarian-made arms to attack targets in the breakaway regions, implying that Bulgaria would never do such a thing.

She announced that Bulgaria has not exported arms, goods and technologies with dual use to Ukraine since the enforcement of the Minsk Agreements, refuting claims by the spokesman of the people's militia in Donetsk that the Ukrainian army had used Bulgarian-made ammunition in a shelling. The story about arms dealer Emilyan Gebrev, who was poisoned - likely by Russian spies - just as he was trying to sell munitions on the Ukrainian market in the wake of the Russian insurrection, paints a less black-and-white picture than Ms Ninova would like to admit to Moscow.

Former Prime Minister and GERB leader Boyko Borissov was unusually quick to condemn Russia' actions, doing so early on Tuesday morning. His party in Parliament even lambasted the governing coalition for taking so long to come up with a denunciation.

Mr Borissov's recent hawkishness seems to have galvanized since he left office, as during his decade in power he avoided standing up to the Kremlin. In 2016 he unilaterally blocked plans for a joint NATO naval force in the Black Sea including Romanian and Turkish ships, insisting on a vision of a Black Sea reserved only for "yachts and tourist ships, peace and love, and not military frigates".

More importantly, his streamlining of the so-called Balkan Stream gas pipeline, practically an extension of the Russian TurkStream project that sought to circumvent Ukraine, indirectly contributed to Moscow's growing assertiveness vis-a-vis Kiev, as it provided an alternative route for gas transit.

Talking about gas, the biggest danger for Bulgaria (and Europe as a whole) is that if the conflict escalates, Russia could completely stop supplying natural gas to the continent. This would lead to a price spike and create huge difficulties for energy systems, industry and European households. In the short term, alternatives could be found, but the long-term solution is diversification of energy sources and greater electrification.

Russia has traditionally been one of Bulgaria's main trading partners. The EU sanctions against Russia over the annexation of the Crimean peninsula have not seriously affected Bulgarian exports and the losses have been rather indirect - mainly from the redirection of goods of other EU countries from Russia to Bulgaria.

This could change if the measures turn out to be far more stringent. Banning Russian banks from buying foreign currency will lead to uncertainty in the implementation of contracts. Reciprocal economic measures by Moscow against the EU, which would have a negative effect, ought not be ruled out.

The Kremlin and the Russian State Duma's recognition of the separatist republics of Donetsk and Luhansk, and decision to dispatch troops to the breakaway regions of Ukraine, drew seemingly unanimous condemnation from most significant Bulgarian political players.

Behind the surface, however, there is much less unity than meets the eye. Constrained by deeply rooted allegiances vis-a-vis Moscow and fears of angering the Kremlin and/or a large section of people who identify as Russophiles, many politicians and parties chose not to whole-heartedly condemn Vladimir Putin's actions.