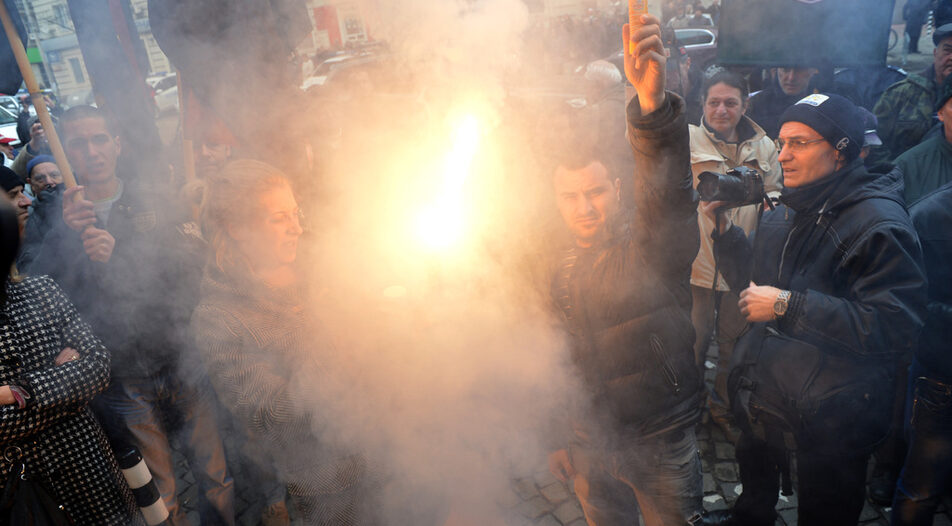 Political instability aside, the country has to deal with a fourth Covid wave, inevitable refugee crisis, higher energy bills and more this autumn

It has been a hot summer for Bulgaria: the country is likely headed towards its third parliamentary election in 2021, alongside a presidential vote and loads of important appointments and decisions that the practically blocked National Assembly is supposed to make. Add a wave of internal and external challenges that our perpetually unprepared country is about to face - or already does, without taking note, and you have a recipe for disaster.

Below, Kapital Insights has listed the top six risks Bulgaria is about to face by the end of the year. It is likely that the authorities would not have the coherence and vision to prepare for them on time, so get ready to confront them - one by one:

Now that the largest two political parties in Parliament - Slavi Trifonov's There is Such a People (TISP) and Boyko Borissov's GERB, and which hold 65 and 63 seats, respectively, failed or refused to form a working government, there is virtually no chance that the remaining third and last mandate could be used to form a viable cabinet. Mr Trifonov said TISP would not back any cabinet proposed by any smaller political party under the third mandate (they are mostly at odds with each other anyway.)

President Rumen Radev delayed handing a mandate to GERB to try to form the country's next government in an attempt to pressure the political parties to pass a revision of the state budget, as Covid relief funds and measures in support of businesses, pensioners and medics would end by the beginning of October. Now, he would have to hand the third mandate to any of the remaining four parties in Parliament by Friday.

At the same time, most parties in parliament are opposing elements of the budget revision plan of caretaker Economy Minister Assen Vassilev, pursuing their own political objectives that might lead to lack of state funding for anti-crisis measures on the brink of a new Covid-19 wave. Another potential fiscal problem is that, unless Sofia has a working government by fall, Bulgaria would likely receive no money under the EU's Recovery and Resilience Plan in the next 6 to 8 months. A stable cabinet and a working Parliament are prerequisites for the approval and deposition of the national Recovery and Resilience plan before the start of the next EU programming period for 2021-2027. So far, there is a poor outlook that either can be attained in the near future.

The political crisis is further complicated by the likely coincidence of a third parliamentary election in 2021 with the end of the first term of office of President Radev. This can be a problem in a number of ways.

First of all, Radev's term of office ends on 22 January 2022 - exactly five years after he was inaugurated in 2017. Under the constitution, he cannot dissolve Parliament in the last three months of his term, i.e. after 22 October 2021. This is problematic in case the next parliament is just as fractured and divided as the current one and its immediate predecessor (a highly likely scenario), and fails to produce a ruling coalition in the weeks after its constitution. Such a scenario would be unprecedented in modern Bulgarian history.

Early parliamentary elections can be held up to two months after the dissolution of the chamber, always on Sunday. Bearing in mind that the current National Assembly would likely hold until the end of August or the first week of September, the possible election dates are 24 October, 31 October, 7 November and 14 November.

The difficulty comes from the fact that presidential elections have to be held no later than 2 months and no earlier than 3 months before the end of the current president's term of office, which in 2021 means any Sunday between 22 October and 22 November. The possible Sundays within this timeframe are the same as those for voting for a new National Assembly, plus 21 November. This means that the voting for MPs and president would likely coincide, or at the very least would be held strictly one after the other. In the latter case, this can "only" cause voter fatigue and wear down the election commissions. People would likely have to take to the polls (and, respectively, organize and execute the vote) for three weeks in a row (worst case scenario), or on three Sundays in the span of five weeks (best case scenario), as Bulgarian presidents typically get elected in a runoff vote held a week after an inconclusive first round.

In case the MPs and the president decide to hold an early vote for parliament on the day of the first round of the presidential elections, this might lead to its own set of issues. Bulgarians are not used to voting in two different elections in a single day, and the mandatory use of voting machines might make everybody's life even more miserable. These problems can only be avoided if the current Parliament starts working, approves quickly a date for the presidential elections (weighing the benefits and risks of these scenarios) and revises election rules yet again, this time in order to facilitate the vote. It is unclear if the current National Assembly has the political capacity or will to do any of these.

There are several different constitutional challenges before Bulgaria in the coming months. First and foremost, the above mentioned scenario under which the MPs of the current (or the following) Parliament fail to set a date for the presidential elections. This is unlikely, but if it happens, it would be a malevolent action aimed at destabilizing the constitutional foundations of the state.

Secondly, the mandates of four judges at the Constitutional Court judges lapse by the beginning of 2022. Two of them are members of the parliamentary quota and have to be elected by a two-thirds majority in a very fragmented National Assembly, one is from the President's quota and one is from the magistrates' quota. It is possible that there will be no functioning or capable parliament to appoint the two judges from its quota. Additionally, in a worst-case scenario where Parliament also fails to set a date for the presidential elections, the president will be unable to put forward an appointee, which might impede the work of the country's top court.

4. Risks for the energy system and likely social consequences

Since the beginning of August, a spike in energy consumption translated into peak prices of over 160 euro per MWh- more than 70% above EU average, forcing many large-scale energy-intensive industries to cease production. On top of the heatwave increasing domestic demand in Turkey and Greece causing a spike in energy exports came the inexplicable decision by the biggest state-owned coal fired power plant Maritza Iztok 2 not to work at full capacity.

Given that the power plant usually loses money whenever it decides to switch on, to keep it shut down in one of the few instances when it can actually turn profit looks like a deliberate decision to keep prices up. Furthermore, spot natural gas prices are unprecedentedly high, even though it is a low season for gas now. The effect of these problems on the Bulgarian energy sector would likely mean a hard winter for industries and consumers alike due to electricity price hikes. Last time this happened - in the winter of 2012-2013 - it led to the largest social protest since 1997.

With the advent of the so-called Delta variant of the Covid-19 virus, Bulgaria has entered the fourth wave of the pandemic. At the beginning of the third week of August, the number of new cases reached 270 per day, with a 7-day average of almost 750 infections. The number of hospitalized patients has passed 920 - similar to the number at the beginning of October 2020 when the first "real" wave rolled in, causing most of the Covid-19 deaths during the first year of the pandemic.

Vaccination levels remain notoriously low: Bulgaria barely passed the 15 percent mark for people vaccinated with both doses last week. Therefore, the fourth wave is expected to be at least as dangerous - if not even more - to the struggling medical system of the country. The caretaker Health Ministry passed a Covid response plan in July, but it is a question of political will and public acceptance if these measures would be implemented. Finally, an upsurge of cases, hospitalizations and/or deaths might negatively impact turnout in the upcoming elections and even the very ability of the Central Election Commission to find volunteers to staff the polling station commissions.

6. Migrant influx on the rise

Finally, Bulgaria has already been impacted by the destabilization of Afghanistan. The number of foreign citizens apprehended while trying to cross Bulgarian borders reached 2,300 in the first half of the year - a five-fold increase compared to the same period of 2020. More than half of them are Afghan citizens. While there is still enough space in the refugee camps (only a fifth of of available 5,160 places occupied), the migrant detention centers (overall capacity of 1,060 places) were overflowing by the second week of August according to media reports based on data by the Ministry of the Interior.

A potential repetition of the 2014-2016 period of increased migration pressure would negatively affect both the migrants themselves (reception conditions remain poor, and so does the treatment by the authorities), as well as domestic political and social cohesion. Far-right parties, which rose to prominence on the anti-immigrant sentiments of 2014, could repeat their results in an early vote.

It has been a hot summer for Bulgaria: the country is likely headed towards its third parliamentary election in 2021, alongside a presidential vote and loads of important appointments and decisions that the practically blocked National Assembly is supposed to make. Add a wave of internal and external challenges that our perpetually unprepared country is about to face - or already does, without taking note, and you have a recipe for disaster.

Below, Kapital Insights has listed the top six risks Bulgaria is about to face by the end of the year. It is likely that the authorities would not have the coherence and vision to prepare for them on time, so get ready to confront them - one by one: