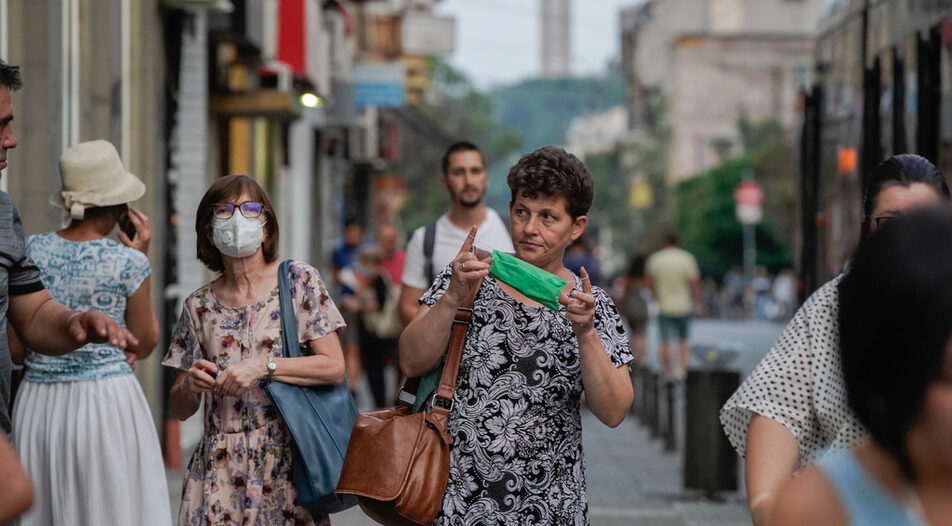 The pandemic is ones again speeding up in Bulgaria

The caretaker government is reluctant to implement its own anti-pandemic plan, fearing a backlash from business and the public

The pandemic is ones again speeding up in Bulgaria

In July, Kapital Insight praised the caretaker government for passing a long-postponed Covid-response plan that outlined restrictions to be put in place if cases of new infections rise again. The then newly appointed Health Minister Stoycho Katsarov seemed set on avoiding repeating the mistakes of his GERB predecessor Kostadin Angelov from GERB, who did not heed medical data when making decisions but rather the whims of former Prime Minister Boyko Borissov.

Today, as Bulgaria enters a fourth wave of infections and hundreds of new cases are registered daily, we can say we spoke too soon. Dr Katsarov, just like his predecessor, is reluctant to impose any of the restrictions outlined in his own plan, fearing the social backlash and its likely political repercussions. Combined with Bulgaria's abysmal vaccination rates of just over 20 percent, far below the EU average, this seems like a recipe for disaster. And we already see the first signs of it - the number of new Covid deaths on Tuesday - 109 - is twice as high as in the other most affected country in the EU, Greece. How did it come to this?

What do we say to restrictions? Not today!

According to Dr Katsarov's plan, the authorities divided the levels of infection into four tiers based on occupancy rates in hospitals and new recorded infections per 100,000 people in a two-week period within a certain region. Most of Bulgaria was in the third, "orange" zone of over 250 new incidences of Covid-19 per 100,000 population for the past two weeks, but none of the measures associated with the second tier of the plan were implemented - limiting the maximum capacity of indoor events and venues to 30 percent (from 50 at the moment), including for bars, clubs, restaurants and sports facilities.

Instead of pushing for nation-wide restrictions, Dr Katsarov passed the baton to the regional health authorities and let them decide whether to tighten the measures in their respective localities. Most - with the rare exception of Blagoevgrad region - refrained from further action. One of the worst affected regions, Burgas, which entered the "orange" zone first (likely because it's a holiday destination), flatly refused to impose new restrictions. Local health authorities claimed that "if there are existing measures that are not effectively applied, what is the reason to impose new ones?"

Management of the pandemic is just as hot a political potato for the caretaker authorities as it was for Boyko Borissov's regular cabinet a year ago. Even mentioning the possibility of additional restrictions put various social groups on tenterhooks. Last week, as the cases began to rise exponentially, parliament and social media debated heatedly about whether the school year, which starts on 15 September, ought to be launched online or in person. Those who advocated in-person attendance were themselves split between "anti-maskers" and "pro-maskers" when it came to wearing protective equipment.

Caretaker education minister Nikolay Denkov said on Tuesday that they would take the final decision on whether the first school day takes place in person just a few days beforehand. And this would depend on the regional infection rates. "Everywhere where it's possible there would be in-person attendance. If the situation is dire, we would [bring the kids] to the schoolyards to at least see each other," the minister said. What will happen after the first school day remains unclear.

Similarly, the exact nature of new restrictions over public gatherings remains unclear, as Dr Katsarov launched consultations with the business as late as on Tuesday, despite the month-long increase in infections. The Health Minister issued a message outlining the restrictive measures proposed by the State Health Inspector Angel Kunchev on 31 August.

This means that waiting for the response of the business organizations and then negotiating even mild new restrictions might take weeks. The restaurant and bar owners' lobby, extremely influential throughout the previous waves of the pandemic, is as wary of new curbs on its business now as it was a year ago.

Lastly, reluctance to impose restrictions is exacerbated by low vaccination levels and the public's aversion to any form of discrimination against those who have not been jabbed. In a 20 August declaration, the largest parliamentary party - There is such a people (TISP) rejected any sort of "privileges" for vaccinated people or businesses employing fully vaccinated staff. "[Restrictions for non-vaccinated people] runs contrary to the fundamental rights of these people," the declaration read.

Against this background of high-level vaccination scepticism, it should come as no surprise that on Tuesday, when EU Commission head Ursula von der Leyen boasted a 70-percent average vaccination rate for European adults, Bulgaria had just barely passed the 15 percent mark. Naturally, the effect of the low levels of vaccination is higher mortality rate from the new, faster developing Delta variant of the virus and overwhelmed hospitals in several big cities.

Worse still, Bulgarians will have to take to the polls, likely at least twice or maybe even three times at the end of this year (in the event of a second round of presidential elections), when colder weather would likely worsen the pandemic like last autumn. Without a boost in vaccination rates and some serious, albeit politically unpopular restrictions, the death toll from the second and third wave of Covid might repeat itself, this time - amidst a political and institutional vacuum.

In July, Kapital Insight praised the caretaker government for passing a long-postponed Covid-response plan that outlined restrictions to be put in place if cases of new infections rise again. The then newly appointed Health Minister Stoycho Katsarov seemed set on avoiding repeating the mistakes of his GERB predecessor Kostadin Angelov from GERB, who did not heed medical data when making decisions but rather the whims of former Prime Minister Boyko Borissov.