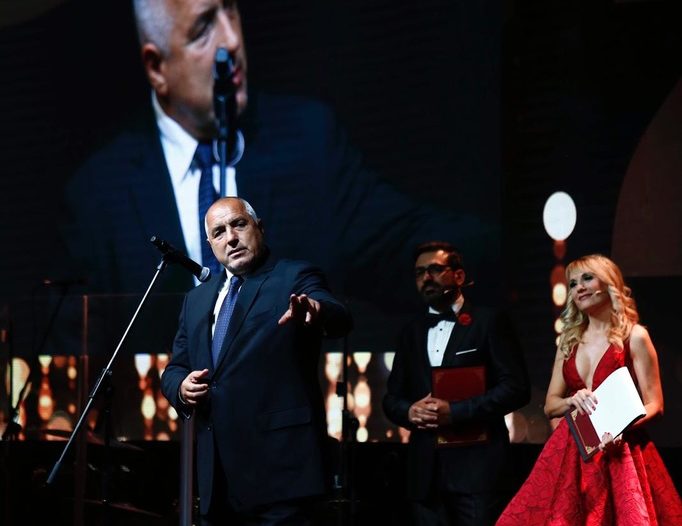 Boyko Borissov is stirred; but not yet shаken

Boyko Borissov is stirred; but not yet shаken

GERB fortified its positions, although it ceded some ground in terms of votes, while its main opponent, the Bulgarian Socialist Party, recouped some support but failed to snatch victory

Bulgarian Socialist Party overestimated the voters' desire for a snap general election and focused its entire European election campaign on this assumption, instead of coming up with a coherent alternative that would have made the party stand out from GERB

"I understand that our mistakes, albeit recognized, can only be overcome through work ... I promise you only work, work, work," Prime Minister Boyko Borissov wrote on his Facebook profile on the evening of 26 May when preliminary European Parliament election results showed that his GERB party had retained the lead.

He had good reasons to be relieved. In the two months prior to the elections, scandals and alleged corruption of high-ranking party officials and ministers had rocked GERB, with polls giving the ruling party a slim lead over the main opposition Socialists. Before the elections, the prime minister had vowed not to resign whatever the outcome. Yet a wobbly result would have seriously punctured Mr Borissov's Teflon-coated armour. Any perceived vulnerability would have energized opponents to demand change after Mr Borissov's decade of almost uninterrupted rule.

Contrary to most forecasts, GERB won the elections with a healthy 7 percentage point lead, cementing its supremacy. Ultimately, the EU elections failed to produce the seismic shift expected against the status quo. But they showed that a substantial number of Bulgarians seek alternatives. According to a survey by Alfa Research agency, 20% of voters (enough to elect a new ruling party) are looking for new political options.

The outcome of the election offers Mr Borissov two choices. Now that he has secured his authority, he could mend his ways and banish political nepotism and behind-the-curtain political deals. This cloak-and-dagger stuff seems only to have reinforced his paranoia and have forced him to rely on some unsavoury political figures. The removal of Tsvetan Tsvetanov, his long-term second-in-command in GERB and master of shadowy deals, is a signal that this could happen.

Or instead, as Mr Borissov has done before, he could double down on his populist policies. After the EU vote, he immediately hit the road once more to personally supervise country-wide construction works. Thanks to EU-backed projects, Mr Borissov can continue highlighting infrastructure successes. In this way, he can deflect from his reluctance to push through badly needed reforms in the judiciary, law enforcement agencies and education.

How did GERB win (again)?

It seemed the ruling party has won the EU elections against all odds.

Only several months before the European elections, GERB was hit by the Apartmentgate scandal which implicated many high-level figures from the ruling party in buying flats below market prices. Mr Borissov asked for the resignations of all involved, but an April 5 survey by Gallup International Balkan found that 87% of Bulgarians believed that the prime minister was trying "to sweep the problem under the carpet". An earlier survey by Alfa Research showed that Apartmentgate had caused a dip of 4 points in popular support for the GERB-led government to a record low of 13%. Two out of three respondents viewed the apartment scandal as yet another example of misuse of political influence by those in power. In the same survey Borissov's approval rating slumped to 28%, an all-time low (it started at 60% in 2009!), with disapproval jumping to 43%.

However, a more thorough look at the polls and the campaign revealed good reasons why the scandal didn't sink GERB.

The standout event in GERB's favor was Borissov's last-minute cross-country dash in which he announced the completion or the launching of various public infrastructure projects. The message, amplified by his social media feed and his media backers, was simple but tried and tested: "We may be imperfect, but at least we build stuff".

Mr Borissov, a longtime private security guard to both former Communist-era strongman Todor Zhivkov and ex-PM Simeon Saxe-Coburg-Gotha (the last Bulgarian king), drove around Bulgaria in his SUV. He sat at the steering wheel during most of his televised appearances in May, presenting himself in his favorite capacity as a man of the people. Two weeks before the elections, the most reliable polling agency in Bulgaria - Alfa Research, gave GERB a small but stable lead.

Beyond the populist detour, however, several other significant factors were at play.

Firstly, GERB still maintains a strong grip over local administrative structures and businesses that rely on public procurements. This gives the party a head start in uninspiring elections such as the one for the European Parliament. The low turnout, below 33%, meant that mustering the core party electorate plays a significant role in deciding the outcome. But this was not enough.

In many rural polling stations, particularly in Bulgaria's poorest northwestern regions, unpopular GERB candidates without any link to the place nevertheless won staggering numbers of preferential votes (in Bulgaria voters can reshuffle party lists). This alludes to the possibility of so-called controlled voting. Election brokers, who buy votes for the parties, instruct voters to mark a preference for a particular MEP candidate in order to control whether the voters have really cast their ballots for the party they were paid for. As usual, the authorities didn't express much interest in these patterns.

Secondly, the resignation of Tsvetan Tsvetanov, the former second-in-command in GERB, first from parliament and after the election from all leadership positions in the party, showed that GERB was at least pretending to eat humble pie. Mr Tsvetanov had always embodied GERB's bad practices and his removal from the party posts could have persuaded some voters that the ruling party was at least trying to reform.

A pivotal factor explaining GERB's continuous success against all the odds lies outside the party. GERB's main opposition, the Socialists, failed to exploit the apartment scandals to win the elections. True, they won (or rather recovered) 50,000 more votes than they had received in the 2014 EU election. However, before the election the party had set the bar high, aiming to win. So the result naturally led to disappointment among BSP rank-and-file. This was for several reasons.

BSP had overestimated the voters' desire for snap elections for the national parliament. It focused its entire EU election campaign on anti-GERB messages, instead of promoting a coherent alternative that would have made the party stand out. Furthermore, the party was riven by a confrontation between the narrow leadership clique around Kornelia Ninova and the internal opposition. This resulted in a censure motion against the list of MEP candidates proposed by Ms Ninova and the passing of an alternative list proposed by her opponents within BSP. Internal bickering resulted in a disorganized campaign, while Socialist MEP candidates led lone wolf efforts.

Following the election, Ms Ninova was forced to resign thanks to internal opposition. Yet she has also calculated that there are currently no strong leadership contenders and that she will be re-elected by rank-and-file members. In any case, BSP is likely to disintegrate once more into factional fighting rather than fulfil its role as a viable opposition in time for the autumn municipal elections.

The Movement for Rights and Freedoms (MRF) managed to keep its relative leverage in terms of the number of MEPs. Yet the party's results by region show a curious trend. The bulk of its support mostly came from the northwestern region, far removed from areas where the party's traditional electorate of ethnic Turks is concentrated.

This is due to three reasons. First MRF, which has turned itself into an openly corporatist structure, no longer appeals to the youngest ethnic Turks. Simply put, the attachment that their ancestors felt has been severed. Secondly, many ethnic Turks have left to work in the West. Lastly, MRF has shifted its focus to the most marginalized, least educated Roma minority and the elderly in the poorest regions who are more susceptible to vote-buying.

Nationalists and Democrats hang in the balance

From their election results, VMRO has seemingly emerged as the strongest of the four main populist-nationalists parties in Bulgaria's parliament, the others being NFSB, Ataka and Volya. VMRO, led by Defense Minister Krasimir Karakachanov, mobilized the "patriotic" vote in Bulgaria, leaving NFSB and Ataka to bicker. This will, however, strengthen the United Patriots alliance of VMRO, NFSB and Ataka and its larger government coalition with GERB alike, because NFSB and Ataka can only back Mr Borissov from now on until the end of this government's mandate, or risk being thrown under the bus and forgotten.

As for the centrist liberal coalition of the Green Movement, Yes, Bulgaria! and Democrats for Strong Bulgaria (DSB), it barely passed the electoral threshold to win an MEP seat. They failed to attract votes beyond their traditional strongholds - Bulgarians living abroad and the representatives of the upper-middle class in central Sofia. Without extending their reach outside of this narrow perimeter and launching viable structures outside of Sofia, they can hardly expect better results. Besides, the coalition lacks coherent strong messages sent by charismatic leaders that could reach those weary of the status quo.

In a nutshell, the EU elections failed to change much of the current political picture, but planted seeds of change - some hopeful, some not. The first harvest will be reaped in the autumn when the results of the municipal elections will show how parties have adapted to changing times and the scandals that tore them apart in the spring.

GERB fortified its positions, although it ceded some ground in terms of votes, while its main opponent, the Bulgarian Socialist Party, recouped some support but failed to snatch victory

Bulgarian Socialist Party overestimated the voters' desire for a snap general election and focused its entire European election campaign on this assumption, instead of coming up with a coherent alternative that would have made the party stand out from GERB

"I understand that our mistakes, albeit recognized, can only be overcome through work ... I promise you only work, work, work," Prime Minister Boyko Borissov wrote on his Facebook profile on the evening of 26 May when preliminary European Parliament election results showed that his GERB party had retained the lead.