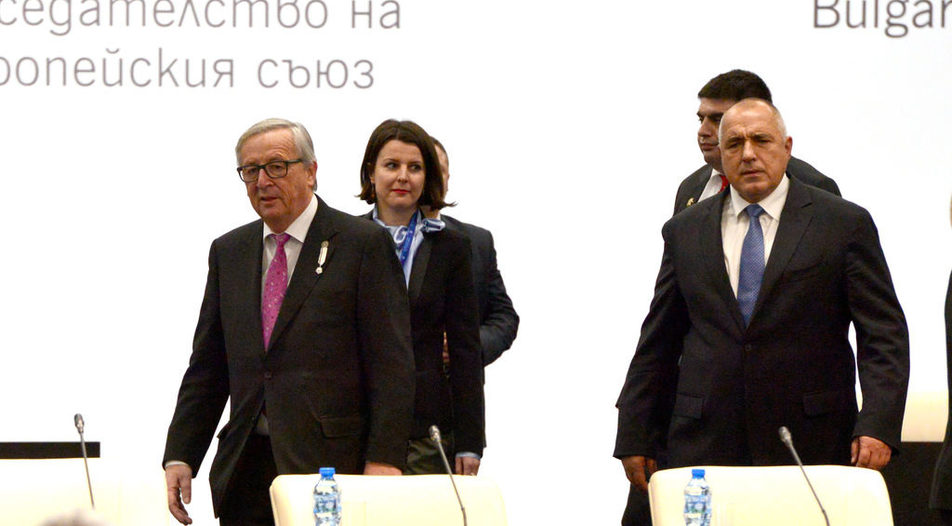 You give the EU Presidency a bad name

You give the EU Presidency a bad name

There are two recurring tropes about Bulgaria in almost every article commissioned by a Western media outlet: the poorest and most corrupt member state of the European Union. Although they are far from undeserved, and, as every cliché, they exist for a reason, Sofia's debut at the rotational six-month Presidency of the Council of the EU started January 1 has only strengthened that image instead of seizing the opportunity to change it.

We, the corrupt and the impoverished

"The EU's poorest member state, and said to be its most corrupt, takes up the rotating presidency of the EU Council", Euronews said. "Cloud of corruption hangs over Bulgaria as it takes up EU presidency", goes the Guardian article on the same topic. Even Bloomberg, who decided to emphasize on the priorities and ambitions of Sofia during its EU presidency could not help but mention that it is "the European Union's poorest member" which is "seeking to offer a clearer path toward membership for the western Balkans to prevent a return to the instability".

Of course, the main reasons why Bulgaria is presented in such a way is that A) it is relatively unknown, a new member state on the geographic periphery of the EU that actually has the above-mentioned problems, and B) that it is not doing much to improve its image - unlike other ex-Socialist countries.

Bulgaria entered its presidency without a clear communication message. The attempt to show the other side of Bulgaria - one of the main talking points of the Bulgarian officials, is clearly not achieved. The simple reason lies in Sofia's failure to present something that would be more interesting to talk and write about.

This is not an easy feat, of course, because Bulgaria doesn't have a well nurtured narrative, like Estonia, for example. The Baltic country that held the presidency before Bulgaria markets itself rather successfully as e-Estonia, the world's first digital republic, as The New Yorker put it. But at a time of increased gender sensitivity, the fact of Bulgaria having the highest number of women in top positions in the financial industry among the EU countries, could have been an interesting story for foreign media to follow. Or the fact that the country with the biggest Muslim minority in the EU (11.1% of the population) haven't sent a single Bulgarian citizen to join the ISIS.

However, the team that runs the presidency prefers not to engage with the media. And when you don't talk, somebody begins talking instead of you. For example, BulgarianPresidency.eu journalistic project published by Bulgarian-Belgian journalist Georgi Gotev, Senior Editor of the EURACTIV.com portal. The portal publishes a mix of serious and spicy stories (for example, about the language skills of the Bulgarian foreign minister) and is more popular among the journalists in Brussels press-corp than the official website of the Bulgarian presidency.

The six months at the helm of the EU would have been a perfect occasion to re-imagine Bulgaria's troubled profile, with international media frequenting the Sofia venues and all eyes turned to it.

Instead, local politics showed its worst face. The two biggest scandals that rang beyond the borders of Bulgaria were the Pirin National Park and UNESCO heritage site development plan debacle (see for more at p.??) and the failed ratification of the Istanbul Convention on preventing and combating violence against women and domestic violence (see more at p.??).

The first one ended up (for now) with deputy prime minister Valeri Simeonov calling Ska Keller, a Greens member of the European Parliament, a "Green Jihadist" and threatening to deport her to Turkey for her position on the Pirin case. Simeonov's letter to the Greens faction in the European Parliament, filled with enough egregious and untranslatable offenses, will tarnish Bulgaria's reputation for decades to come. The second scandal ignited a fierce public debate about traditional moral values in the country, moving the discourse further to the right and leading to failure to ratify the convention. Following the overexaggerated public outcry, the government decided not to ratify the Istanbul Convention, coming at odds with the other member states since the EU is collective signatory of the convention.

What is more, a series of horrifying murders took place during the first months of the Presidency, reminding both Bulgarians and foreigners of the mafia-style assassinations of the 1990s and the early 2000s. These included the killing of businessman Petar Hristov and National Revenue Agency Financial director Ivo Stamenov as well as the murder of an entire family that was handled poorly by the police.

Last, but not least, the Union of Publishers in Bulgaria - which represents some of the few remaining independent media such as the Capital weekly and Sega daily - issued a "White paper on media freedom in Bulgaria", where it highlights the main reasons for the deterioration of the media, including influence peddling and political racketeering.

In this environment, even the feeble attempts for a positive agenda-setting by the Bulgarian institutions were in vain. In early January, a group of foreign journalists, who arrived for the opening ceremony of the start of the Bulgarian Presidency of the EU, was fed with ready-made propaganda that Bulgaria is definitely not the most corrupt (a government minister felt that way), that it guards the EU's border best (despite the numerous reports of human trafficking) and that it leads by example the Western Balkan countries (Serbia, Kosovo, Montenegro, Macedonia and Bosnia and Herzogovina). Very few media reports mentioned the prodigious "Three Cs" of the Bulgarian Presidency, standing for Competitiveness, Cohesion and Competition. Despite the attempt of the Bulgarian Ministry of Foreign Affairs to never lose sight of the 56 foreign correspondents, and to not let them meander about protest-ridden Sofia, the news of the Pirin protests still circulated more than the ones about the meetings with the board of Sofia Tech Park.

The trip around to Plovdiv and the Rila Monastery could hardly change their opinion about "graft-ridden" Bulgaria either. The Financial Times' attempt to shed a more in-depth light over the economic problems of the country in the article "Bulgaria's economic growth masks need to refresh governance" ends up with a note that no senior figure from the key ministries had agreed to give the government perspective on the matter in an interview with the global newspaper.

In order for opinion to change, Bulgaria needs to do two things - first, to tackle the problems it is being criticized for, or at least try not to stir new scandals, and second - to create a new profile, beyond the ethno-, hospitality- and nature clichés and start building a vision of and for itself. Whether the current administration has the capacity to do it is, at least, questionable.

There are two recurring tropes about Bulgaria in almost every article commissioned by a Western media outlet: the poorest and most corrupt member state of the European Union. Although they are far from undeserved, and, as every cliché, they exist for a reason, Sofia's debut at the rotational six-month Presidency of the Council of the EU started January 1 has only strengthened that image instead of seizing the opportunity to change it.