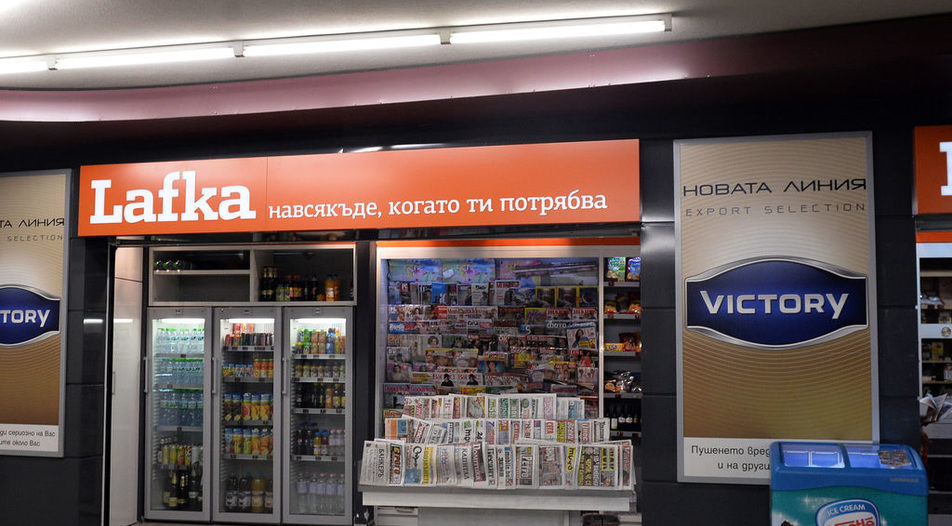 Who is who in the Bulgarian media?

Who is who in the Bulgarian media?

Outside of the two major television channels, almost all Bulgarian media companies are operating at a loss or generate very low profits

• The vast majority of newspapers and some online media outlets are dependent on government funding and/or sell content to those close to the power circles.

• The lack of rapid advertising growth made the TV market unattractive for international companies.

When Delyan Peevski and other members of parliament from the Movement for Rights and Freedoms (MRF) submitted a bill to reveal ownership of the media and their sources of funding in February, the proposal was met mostly with laughter, as this move is equal to the wolf introducing a law against eating sheep. However, there is a logical explanation behind Peevski's decision: he is probably attempting to shed his image of a media mogul who uses his newspapers, television channels and websites to manipulate public opinion in a direction convenient for him and the politicians close to him.

In his typical style, Mr Peevski exploits an existing problem (the crisis gripping a considerable part of the Bulgarian media) without offering a working solution. Such a solution could come from working regulators such as the competition authority CPC, which would not only look into the formal ownership of various companies but also into the commercial and accounting relations among them, so as to identify their beneficial owners. This will not happen soon, and until then only the extent of the damage may be established.

From a business point of view, there are two main trends that have affected the advertising market in recent years. The fierce competition between the two largest media groups - the one around Nova and the other around bTV - has drastically reduced the cost of advertising time in Bulgaria. Lower costs made television extremely profitable and drastically changed the distribution of advertising investment among different types of media.

According to the CEO of Publicis One Bulgaria media cluster, Desislava Stoyanova, the net media investments rose in 2017 mainly as a result of television and online advertising. These are the two media channels that are subject to measurement.

"Both newspapers and magazines are suffering as a result of the redirectiing of the audience, the large-scale invasion of yellow journalism into the content (with few exceptions) and the significant drop in circulation, which however has never been public," Desislava Stoyanova explains.

One of the main reasons for the owners of bTV and Nova TV - Bermuda-headquartered CME and Sweden-based MTG, respectively - to buy media companies in Bulgaria almost a decade ago was that on paper the local advertising market had a huge growth potential. The advertising investment per capita in Bulgaria was less than a tenth of that on the developed markets. The combination of the post-2008 crisis and the increased competition between the two groups, however, stalled the expected huge growth. TV advertising prices increased just a little bit for the first time only in 2017. The cheap television time prompted advertisers to increase their investment in television and the main victims were the print media. Their share in the entire mix is declining globally, but here the losses were higher, even compared to other Eastern European countries. At the same time, the increase in advertising investment did not happen at the expected pace. According to the last statement of CME, advertising per capita in Bulgaria is $26.8 versus $77.4 in the Czech Republic and $376 on the Western European markets.

The threat to the print media

The change in the ad mix has turned almost all print media into loss-makers, and due to the low advertising prices, television channels have become unattractive from an investment point of view. The current owners of the two big groups have decided not to wait any longer - MTG NovaTV to Czech PFP (see p???), while is actively canvasing for investors.

The switch to television was not the only issue for the print media market. The development of digital advertising further reduced the profits of newspapers and magazines. At the same time, this did not really help the digital media. Both on a global scale and in Bulgaria, a major part of online advertising revenue goes to Google and Facebook. Moreover, because of the global competition and the huge supply of content, the price of online advertising is extremely low. This also makes the balance of investors in online media pretty uncertain.

One of the biggest paradoxes on the Bulgarian media market is that, despite the declining revenues and the negative balance of a significant share of the media, their number is not dropping as much as it could be expected given the reduced revenue. According to data of Bulgaria's statistical office NSI, 60 daily newspapers were published in Bulgaria in 2010, while in 2016 there were 44. Statistics does not take into consideration the number of online media but it can be assumed that their number has increased significantly during this period. In short, despite the drop in ad revenue, many media have managed to survive.

How did they do that? The answer reveals a lot about Bulgarian politics and the quality of the country's institutions.

Some media companies such as Mediapool, Starshel, and Economedia receive funding from foundations such as America for Bulgaria or Google grants. However, this money is given openly (in the case of Economedia it accounts for about 7% of the group's revenue) and has no influence on editorial policy.

The problem is elsewhere. A significant part of the "old media" and some of the new outlets have replaced ad revenues with revenues from the sale of content.

"There is a feeling that in Bulgaria owners buy media not to inform the Bulgarians but to serve their personal interests through them. I.e. thus they are buying influence either for their political interests or for their economic ones, and that is not appropriate at all," Jean-Francois Julliard, Secretary-General of Reporters Without Borders (RSF), commented a while ago.

Pauline Ades-Mevel, head of Europe and Balkan desk at RSF, who is responsible for summing up the media situation in every country in that region, points to the concentration of power as a major problem on the Bulgarian media market. "When someone owns so many media, his goals are probably quite different from journalistic - like the propaganda dissemination. The concentration of such power is not only about the people holding the power, but also about the consequences for the entire society," says Pauline Ades-Mevel.

The most obvious case here are the media outlets around Delyan Peevski. The tables show which media are directly owned by him and which are influenced by him. However, he is exerting influence not only through direct or hidden ownership. About two years ago, a brief cooling of relations between Peevski and the publisher of PIK Nedyalko Nedyalkov revealed one of the mechanisms for buying media influence. After a conflict between the two, the advertising agency of tobacco group Bulgartabac, Soda Communications, filed a lawsuit seeking more than 600,000 levs from the newspapers Retro and Lakomnik and the PIK website. (Soda Communications is owned by the British Virgin Islands-registered Doreco Limited, to which Peevski transferred his official ownership of 18% of the Yuri Gagarin factory for cigarette packs and filters and which owns the investor in the new printing shop of the media group of the MP - editor's note)

The lawsuit revealed that the money was paid in advance for publications and "PR texts". This shows the mechanism for controlling media content, as well as gives an idea about the price Peevski is willing to pay for controlled texts.

Bank lending is the other funding tool for compliant media that has become particularly popular with the now bankrupt Corpbank. Three companies related to the majority owner of Corpbank Tsvetan Vassilev, which are among the big borrowers from the bank - Saiga Consult, Bulit 2007 and BG Corporation, allocated a total of 34 million levs to the companies publishing the newspapers 24 Chasa, Trud, Presa and Struma, Tema magazine, the site blitz.bg and others. Although the formal control of the financing companies was held by the banker, in the words of one of the beneficiaries the loan received was "Peevski's shareholding".

Corpbank, however, is not the only bank to finance media. The deal, in which Petyo Blaskov acquired the Trud daily from Venelina Gocheva in mid-December 2015, was financed with money from First Investment Bank (Fibank), judging from a going concern pledge agreement of Trud Media filed with the Registry Agency. The company, through which the transfer took place, together with the brands Trud, Dneven Trud, Yellow Trud, Weekly Trud and Noshten Trud, was pledged as security for a 3.7 million euro loan granted by Fibank to the company Blaskov Media. At present, Trud is one of the most zealous advocates of the idea to build a second ski lift in Bansko and keeps attacking the environmentalists, against whom the majority owner of the bank is waging a war.

And to make the situation really complicated, the state is also one of the content buyers with money from the EU funds. A total of 6.6 million levs was paid by the state to 25 regional and national radio and television groups in just eight months (1 January to 31 August 2017), according to the latest data available from the published reports on the implementation of the communication plans under the EU's operational programs. This money is used for buying broadcasting time in television and radio stations.

The peak of state funding for the media was in 2013, when 32 million levs of EU money were distributed to advertise EU funding programs. From March 2015 to January 2016 the amount was three times lower, 11.4 million levs.

And to make the media market picture even darker, the pressure exerted on the remaining free voices on the market has increased even more during the past year. The pressure explains deals like the one for the website Legal World (which is part of Peevski's network) and possibly for BiT TV, too. Possibly, the trend of content selling will also play a major role in deal for the sale of at least one of the two major private television channels marketing Bulgaria, Nova and bTV.

In short, the media market in Bulgaria nowadays looks less like a market and even less like a media market. For now, the ratio between normal and controlled media is still in favor of the first ones because of the two major private TV channels. But if even one of them joins the dark side, the change will have very grave consequences not only for the media but also for politics.

• The vast majority of newspapers and some online media outlets are dependent on government funding and/or sell content to those close to the power circles.

• The lack of rapid advertising growth made the TV market unattractive for international companies.