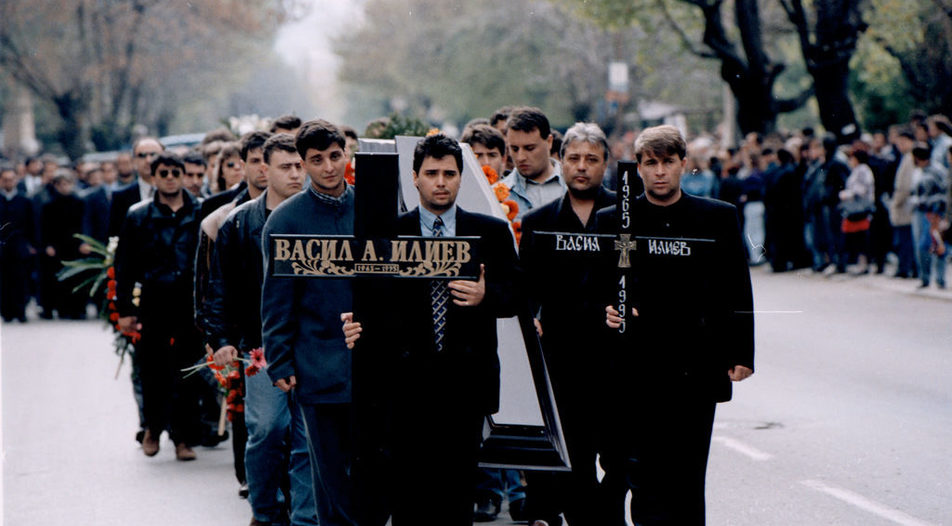 Crime in Bulgaria: fears and realities

Many Bulgarians still live with the memories of the gagster wars in the 1990’s.

Crime in Bulgaria: fears and realities

Despite the recent wave of violent crime, the country is not the hellhole described by the media.

Many Bulgarians still live with the memories of the gagster wars in the 1990’s.

Harvard psychologist Steven Pinker's recent book Enlightenment Now caught media attention across the US and EU. Pinker uses various data to show that the world is not such a bad place, and that things are going well - we live longer and healthier, even safer. The question he asks is, why do people feel that things are getting worse and that "the good old times" were far better. He gives a few explanations. According to him, people are wired to be nostalgic - time heals wounds, and only good memories remain. Another important feature is the propensity to remember singular fatal accidents that we see in the media (e.g. terrorist attacks), and our brain excludes any other information, for example, successfully prevented terrorist attacks that would allow us to assess the real situation. In this way, we are overestimating the value of bad news all the time - news with which the media swarms us.

This is Bulgaria, it should be bad

Bulgarians seem especially prone to this way of perceiving their lives. They often think that bad or corrupt governance is somehow unique to Bulgaria or that crime levels are especially high in Bulgaria. The media is key factor for shaping this world view that consistently puts Bulgarians at the very bottom of the World Happiness Report rankings amongst all other EU countries.

The cliché nostalgic view is that during Communism crime levels were low and Bulgarians were all safe, while nowadays crime is rampant and safety is nowhere to be found. The nightly TV news mandatory menu includes car accidents, typically referred to as 'the war on the roads', homicides (the more notable of which turn into week-long stories), robberies of elderly victims in rural regions, spiced up with an ethnic twist of Roma-Gypsy offenders. On certain days, the content of the daily news releases is no different than the daily brief of the Minister of the Interior.

Yet, the realities are quite different. Bulgaria's road fatalities measured in absolute number are about the same as in 1963, when there were several times less registered passenger cars. The number of fatalities has been halved since the 1980s to 678 in 2017, and even more when one takes into account per capita rate or the number of registered cars or mileage, and adding the intensity of transit traffic. Yet, Bulgaria is at the top of the EU in terms of fatalities per 100,000 population, but in a more nuanced calculation on the rate of fatalities per registered cars, Bulgaria ranks 4th behind Romania, Croatia, and Hungary.

When people dream about the tranquil years of the Socialist rule of the seventies or eighties, hardly anyone realizes that during the peaceful 1985 there were 187 homicides - double the number in 2017 when they were 95. At no time in the 1980s had the number of homicides fallen below 120. A brutal murder of 6 persons in a suburb of Sofia earlier this year was unheard of in recent memory. Firearm homicides in Bulgaria rarely exceed a couple of dozen per year, per 100,000 population they are generally in line with other Eastern European countries, especially the Baltics (certainly about 4 times lower than in the US), but far behind countries like Austria. Studies on registered and unregistered crime levels have consistently put Bulgaria at average European levels.

When it comes to organized crime, the stereotypes from 15 years ago are still alive today. From the mid-1990s Bulgaria went through about a decade when the classical mafia state existed (money from smuggling, car theft and trafficking of people fed politicians and the State). A period of almost weekly blasts and contract killings linked to organized crime between 2000 and 2005 is now a thing of the past. Today, we can hardly say that there is a "Bulgarian mafia" or that markets of illegal goods or services are particularly larger than the ones in other European countries (illegal trade in fuel may remain an exception).

Crime is low, yet the worries are high

What is the worry then that captures Bulgarians' minds? Even though crime surveys show that Bulgaria is a fairly peaceful place, the same surveys show that fears amongst its citizens are higher compared to most other EU countries. There may be many explanations to this phenomenon. The shock of the 1990s, when the levels of murder, theft, and organized crime reached numbers well above those in Europe or the crime levels in the 1980s, left a sense of injustice and helplessness, and even worse, complicity of the police and the government. The occasional homicides of well-known businessmen, about whom the public rarely knows that they have been running a shady business or have a shady past, leaves people with the impression that if these "important" people could have such a thing happen to them, then nobody is safe. A possibility of early release from prison of a member of a criminal group that operated around 2010 and abducted a number of well known persons with legitimate businesses, again shook the confidence of the people in the capacity of the state to protect them.

The level of trust in the police compared to other institutions is among the highest. But the reality is that more than 50% of Bulgarians still do not trust the police. Trust in the judiciary, and in the court and prosecution in particular, has long been at rock bottom, below 10%.

In liberal democracy, the credibility of criminal justice institutions is constantly undermined by opposition politicians (whoever they are), as well as by the media outlets selling fear. Prior to the 90's, totalitarian methods facilitated instilling of respect towards (and fear of) all law enforcement bodies and the judiciary. Nowadays, there are no policies to build and maintain such attitudes. The approval rating of the police is based solely on the personal rating of the Minister of the Interior.

But if the institutions and their effectiveness are part of the solution to fight crime, the most important element for crime prevention remains the citizens' own set of values. Muslim-populated rural areas in Bulgaria have the lowest crime rate in the country. The sense of community, together with strong religious values, creates public intolerance of crime, which manages to deter a large number of potential criminals. Prior to 1990, state propaganda was also a form of planting values that effectively worked to prevent anti-social behaviour. In the past 20 years, young people in Bulgaria are exposed to a degraded and confused value system, lack of state policy to build a new one, passive or inadequate religious institutions, especially the Bulgarian Orthodox Church. These factors condemn Bulgarians to a long-term sense of insecurity and, possibly, to continuous stereotyping of Bulgaria as an unsafe place, even though the numbers tell us something different.

* Philip Gounev was a Deputy Minister of Interior, worked with the Center for the Study of Democracy in Sofia, was a member of the European Commission's group of experts. Now Mr Gounev is independent consultant.